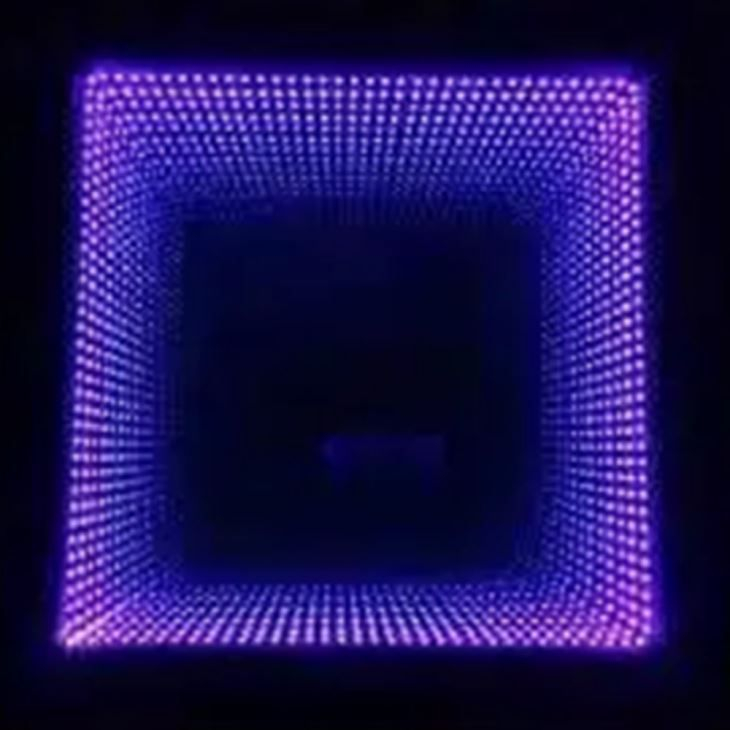 Picture of the LED chip: 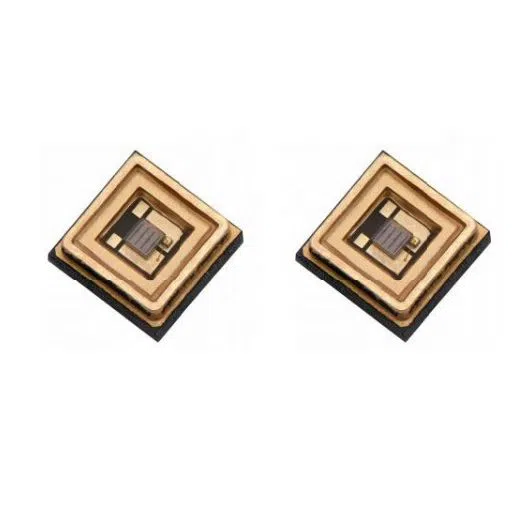 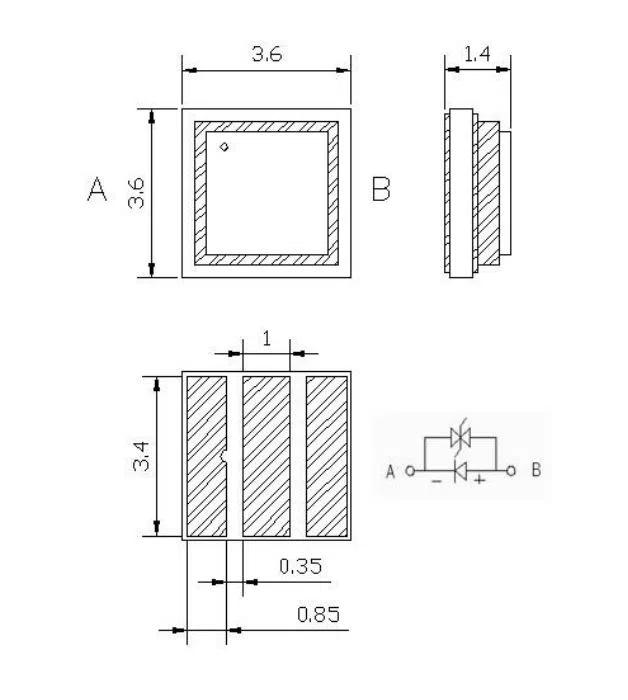 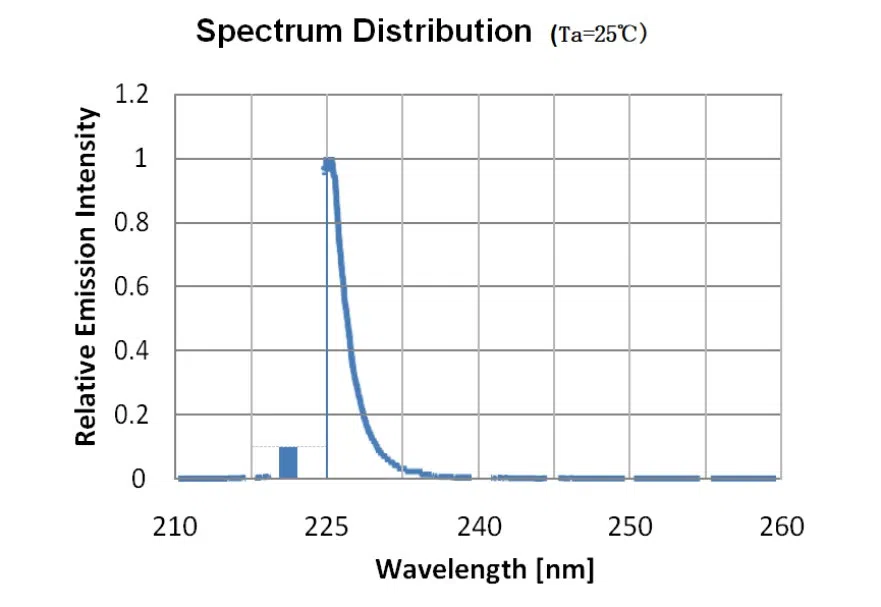 Scientists have known for decades that broad-spectrum UVC light, which has a wavelength of between 200 to 400 nanometers, or nm), is highly effective at killing bacteria and viruses by destroying the molecular bonds that hold their DNA together. This conventional UV light is routinely used to decontaminate surgical equipment.

"Unfortunately, conventional germicidal UV light is also a human health hazard and can lead to skin cancer and cataracts, which prevents its use in public spaces." said study leader David J. Brenner, the Higgins Professor of Radiation Biophysics at the Vagelos College of Physicians and Surgeons and director of the Center for Radiological Research at Columbia.

Several years ago, Brenner and his colleagues hypothesized that a narrow spectrum of ultraviolet light called far UVC could kill microbes without damaging healthy tissue. "Far UVC light has a very limited range and cannot penetrate through the outer dead-cell layer of human skin or the tear layer in the eye, so it's not a human health hazard. But because viruses and bacteria are much smaller than human cells, far UVC light can reach their DNA and kill them." said Brenner, who is also a professor of environmental health sciences at Columbia's Mailman School of Public Health.

In their earlier studies, Brenner's team demonstrated that far uvc led light was effective at killing MRSA (methicillin-resistant S. aureus) bacteria, a common cause of surgical wound infections but not harm human or mouse skin.

Influenza virus spreads from person to person mainly through fine liquid droplets, or aerosols, that become airborne when people with flu cough, sneeze, or talk. The new study was designed to test if far UVC light could efficiently kill aerosolized influenza virus in the air, in a setting similar to a public space.

In the study, aerosolized H1N1 virus—a common strain of flu virus—was released into a test chamber and exposed to very low doses of 222 nm far UVC light. A control group of aerosolized virus was not exposed to the UVC light. The far UVC light efficiently inactivated the flu viruses, with about the same efficiency as conventional germicidal UV light. 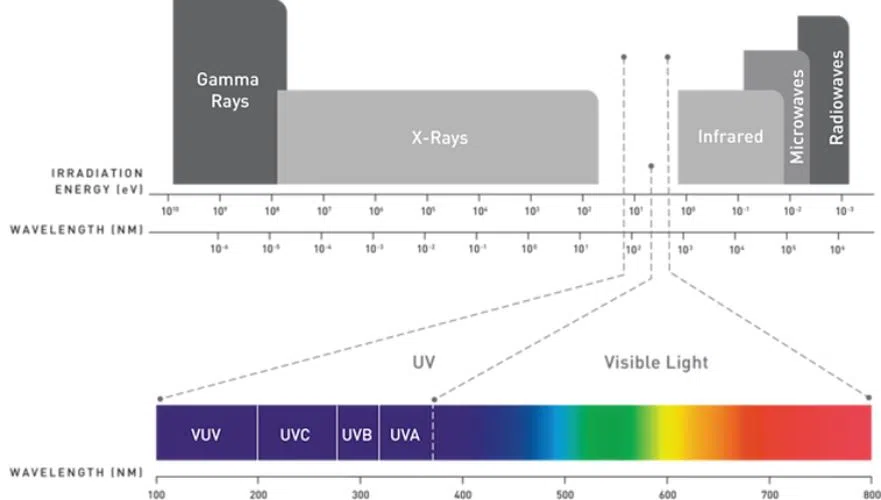