1. What is a transparent LED mesh screen?

2. Advantages of the transparent LED display

3. How does the transparent led screen work?

5. How to choose a quality led screen for your project?

What is a transparent LED mesh screen

Transparent LED mesh screen is a new display technology that is becoming more and more popular for various reasons. Its surface is a layer of transparent LEDs instead of glass, and inside is a product. This transparent display attracts customers by contrasting the displayed product against the led screen background of its digital content.

It has a transparency of 70%-95%, making the screen an ultra-transparent LED screen. It can not only provide users with high-definition effects, but also easy to install and maintain. With these advantages, ultra-clear LED screens are the best choice for building media.

Many also use these screens as digital signage screens or transparent video walls. Beautiful led display provides better display effect, so many people use it in outdoor media illumination. 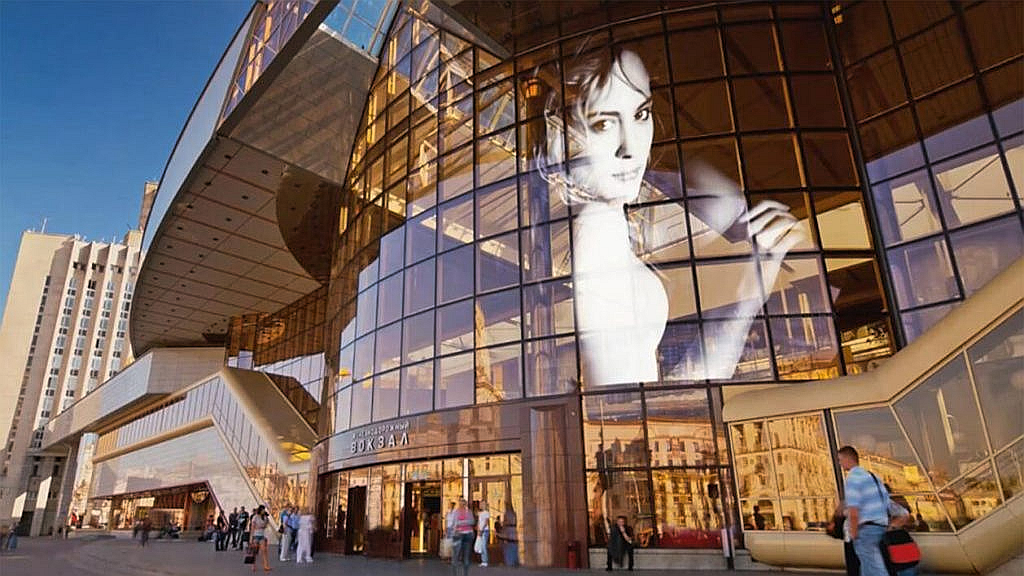 Advantages of the transparent LED display

Why transparent LED display become more and more popular among people, here are some advantages of led display you need to know.

The LED strip has a long lifespan and its various sections are fitted with dedicated modules that are easy to replace and can be replaced easily and quickly when needed without replacing the entire module, low cost repairs in minutes . The led display can be used for a long time.

Brightness level is the best way to attract attention and the transparent LED screen has high transparency. These screens have a light-emitting diode in them, so they can produce transparent light. Besides that, LED screens are a better choice than LCD screens because they reduce light pollution and thus protect the environment.

Transparent lights screen are among the most energy-intensive of any digital signage on the market today, outpacing incandescent light sources, LCD projections and traditional non-transparent LED displays.

Transparent LED displays have many advantages such as longer lifespan, smaller size, faster switching speed, good heat dissipation and are very bright enough to catch the attention of passersby even in full sunlight.

Easy to operate, no complicated procedures. Just connect the display device to the computer system, and put pictures, numbers and other pictures on the screen through the system, and users can update the content on the screen at any time. It is the best choice for outdoor advertising.

In addition to operating from a computer, you can also control the screen from a mobile device or arrange a list of playable items via Wi-Fi. You can control the screen at any time as long as you have an operational device nearby.

The LED screen has a transparent LED module that helps users create digital signage and visually striking images on the screen. With 70% and 80% transparency, these screens display better than other screens.

In addition, greater transparency also helps for commercial and advertising purposes, helping passersby see what’s on the screen clearly and grab their attention.

When choosing an LED display, space and volume are important elements to consider. Therefore, the LED display takes up as little space as possible. These screens are compact in design, helping to save energy and making them lightweight.

This allows users to install these led screen anywhere, but the caveat is to install the screen at the optimal viewing distance to attract the attention of more passersby. So you'll find many of these screens in malls, stage shows, and other places.

The screen is set on a steel structure to save space, reduce shipping costs and facilitate easier and safer assembly for the user.

If you install the LED glass curtain wall display (transparent screen), you can save a large part of the lighting fixtures on the outer wall. At the same time, the LED screen is more eye-catching, which not only saves costs, but also has advertising benefits.

How does the transparent LED screen work ?

The outdoor transparent led displayconsists of red, green and blue LEDs installed in a fixed pattern. These three colors are combined to form a pixel. By adjusting the intensity of the diodes, billions of colors are created. The array of colored pixels is seen as an image when you view the LED screen from a distance.

So how does the transparent led display working?

Basically, a transparent LED display works by making a trans missive material opaque through an organic LED (OLED) or light emitting diode (LED) array, without the need for power. That’s mean OLED and LED arrays don't need their own power source; they convert any external backlight source into light by absorbing energy from behind and then releasing it again.

When not powered, this process results in complete transparency, as nothing prevents light from passing through.

In addition, the LED backplane consists of a fluorescent material, which produces a uniform background light source. 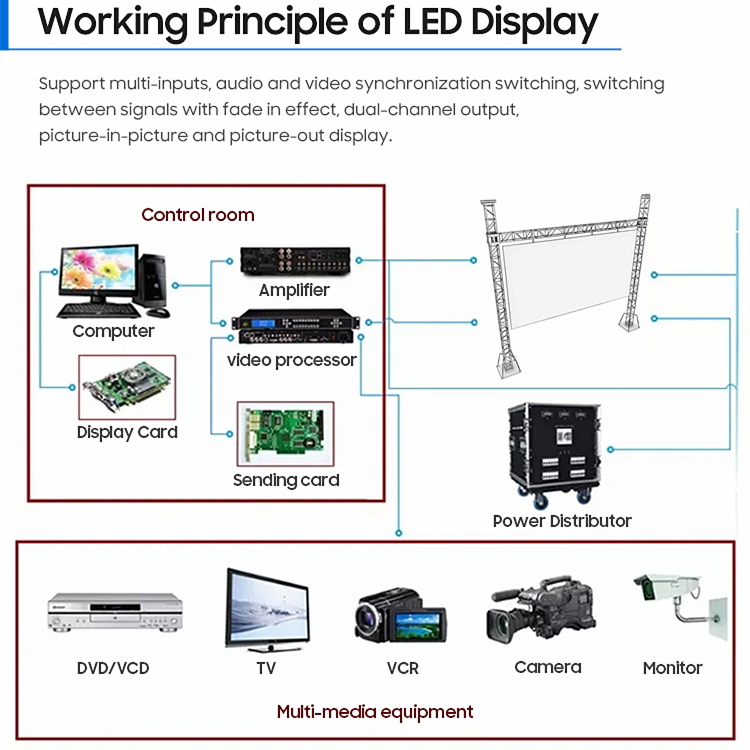 An LED display is a flat panel display that uses an array of light-emitting diodes as the pixels of a video display. Their brightness allows them to be used as shop signs and billboard outdoors and even where they are visible in sunlight.

If installed in the busiest parts of the city, from the rooftops of buildings to the city's most famous squares, digital LED billboards will be the perfect means of promoting brands and products.

The benefit of transparent screens is that they are made of polyethylene terephthalate (PET) or polycarbonate (PC), both tough, flexible, and abrasion-resistant plastics. This means you can use them outdoors without worrying about weather damage or scratched fingers.

Transparent billboards are often placed alongside roads, making them an excellent means of publicity. They can carry promotional messages such as advertisements for upcoming events, product launches, and so on. Transparent screens are also very suitable for use in public places such as bus stations and shopping malls where people come and go, because these places are fully integrated into people's lives. 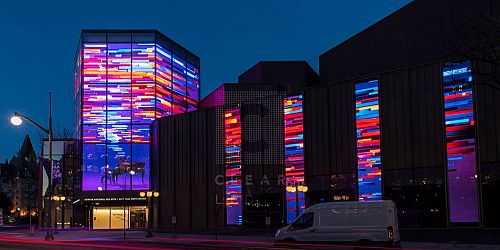 The next application for transparent LED screens will be in buildings facade lighting. Buildings with glass walls are designed to allow people to see what's going on inside without going inside. But one of the big drawbacks of these glass structures is that they compromise privacy.

Transparent LED screens can help keep buildings safer while offering clear visibility through glass walls. The technology works not only in office spaces, but also in homes and apartments, which often have windows. It's also a great way to enhance lighting, and for tall buildings, an added benefit could be floor-to-ceiling advertising for companies or even city events. 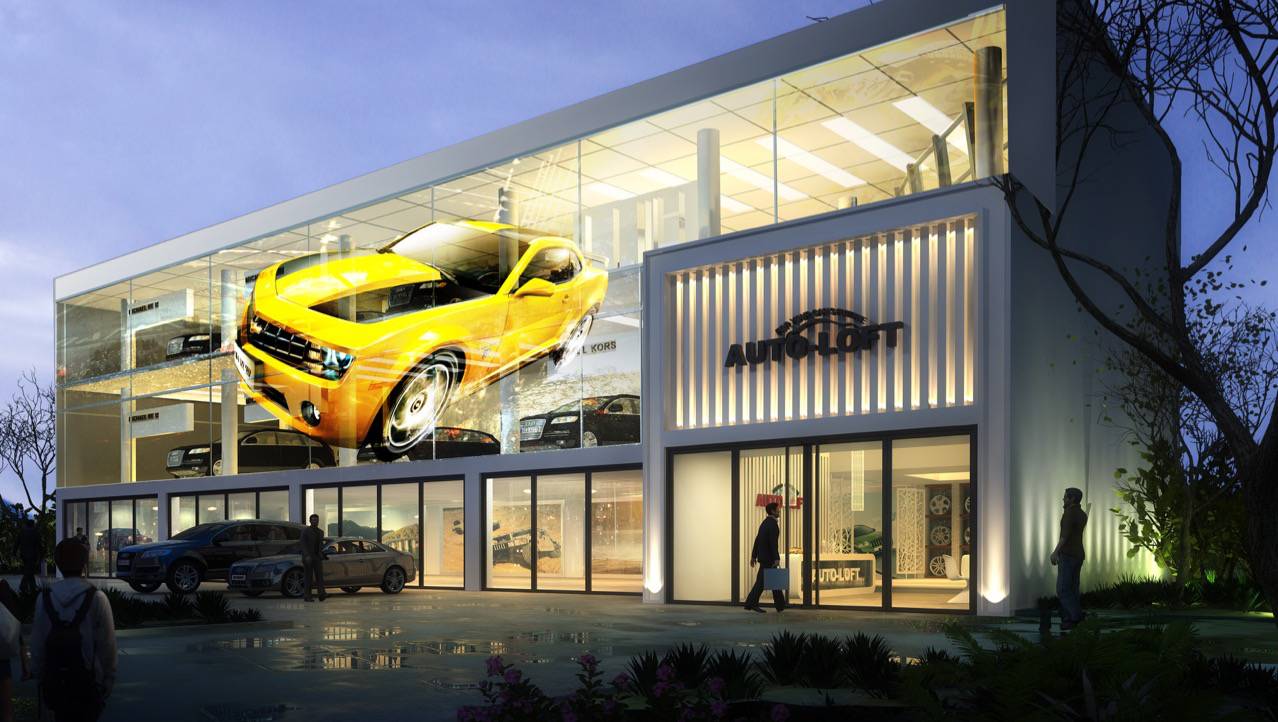 Transparent LED screens are also used in high-rise glass walls that separate bars, restaurants and other entertainment venues from the street. They work much like billboards on the street, with the screen placed behind a piece of glass.

Because the dynamic pictures and digital images on the screen can better attract people passing by, they are often used in advertisements to effectively promote brands and other products. 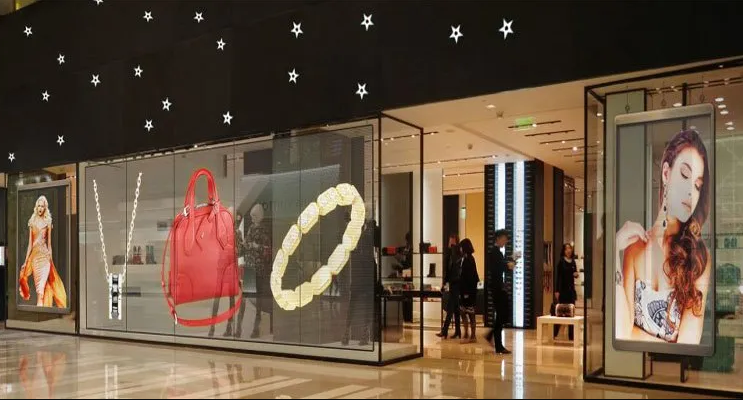 These transparent screens are also often used in showrooms where other types of products such as appliances, clothing and cars are displayed. They usually place the product behind a glass window so that the customer can see the appearance of the product without getting too close.

The transparency of the screen is important when you want people to be able to appreciate your items without touching or even getting too close. That's why we often see these screens in museums, galleries, and galleries, as it allows visitors to see the exhibits while protecting them from damage and dust. 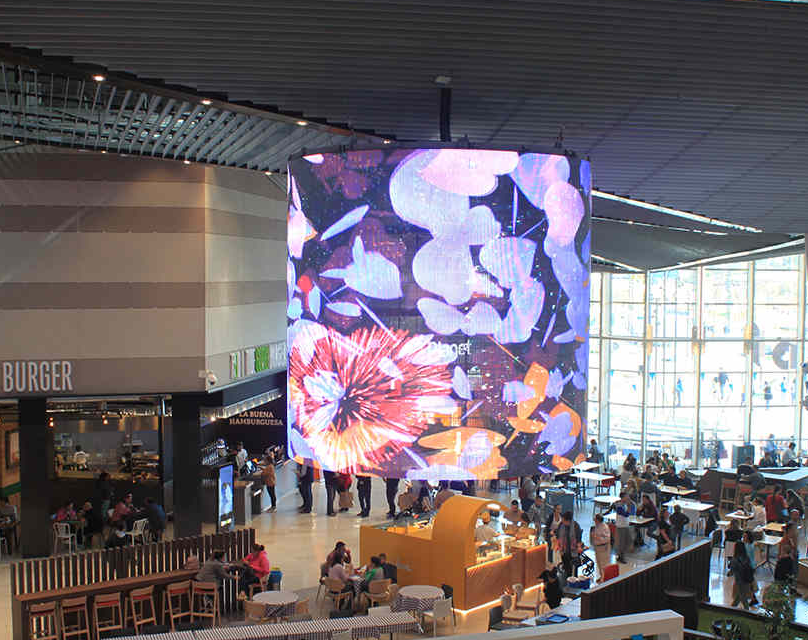 Transparent LED screens can also be used for indoor advertising display, such as in shopping malls. The changing of beautiful lights and the display of interesting pictures can attract more pedestrians to the mall for shopping.

You can also use transparent screens to help guide people or give them location navigation so guests can quickly and accurately find where they want to go. Another great app is to use these screens as advertisements, whether to put messages there temporarily or as part of a video loop that runs all day. 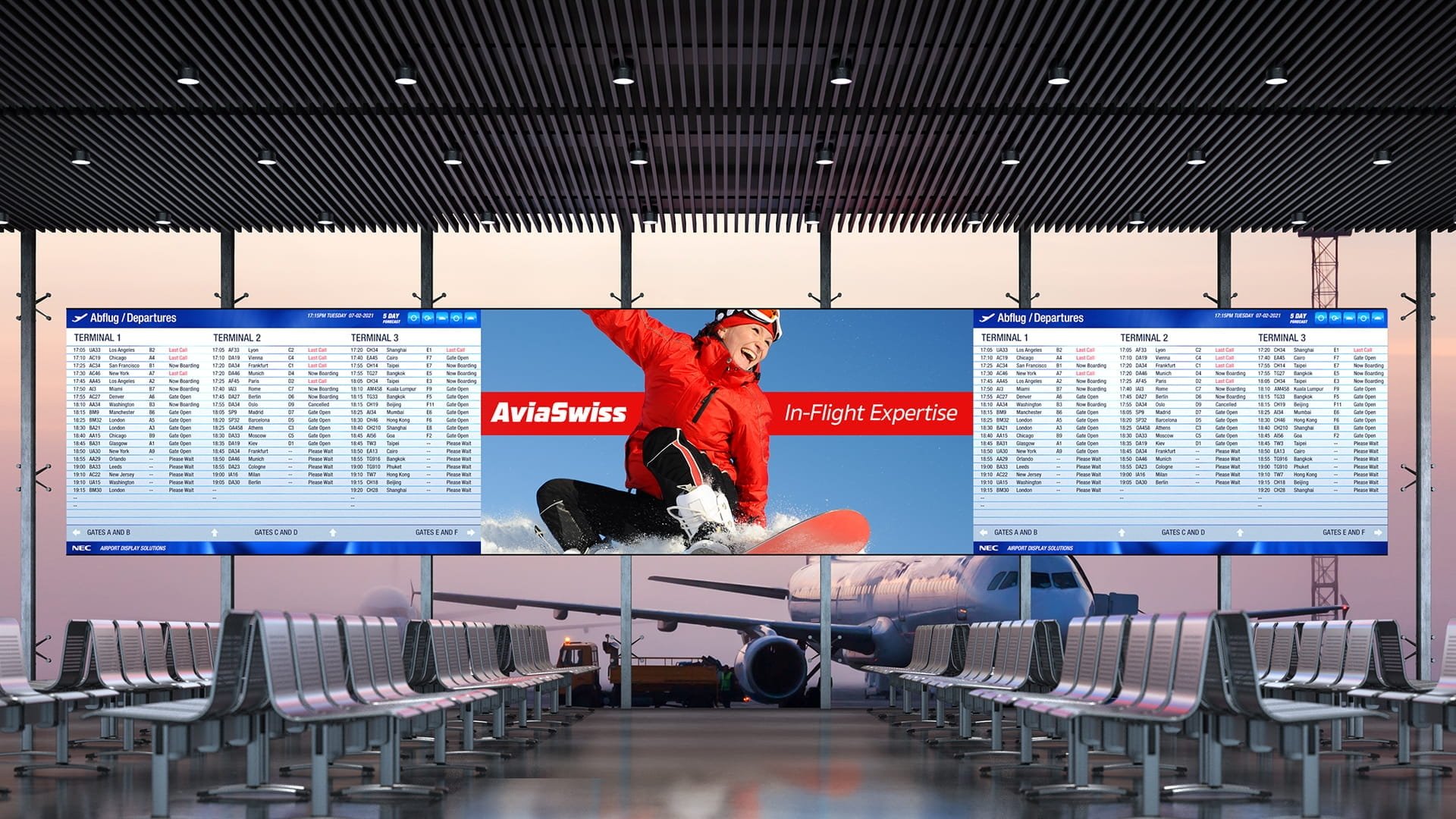 You can also use the transparent screen for way finding at the airport, directing passengers to gates or public restrooms. They can also notify people on screens of flight delays and other issues so passengers can make reasonable arrangements for their plans. 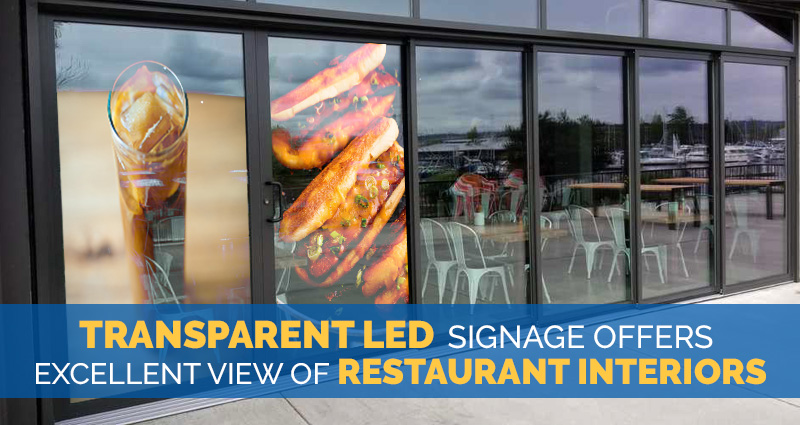 Finally, transparent LED screens can be used in any entertainment venue, such as playgrounds, restaurants, and even nail salons.

You can use these screens to advertise services or inform customers of special offers at upcoming events, helping you reach more potential customers.

How to choose a quality LED screen for your project ?

There are many factors to consider when choosing a transparent led screen, how to choose a quality led screen for your project? Let's take a look below.

The first thing need to be consider is when choosing a transparent LED display is to understand how it will be used. Since most transparent displays are designed for indoor use, use this screen outdoors with consideration for anti-glare and brightness capabilities.

Glare can significantly reduce readability in sunlight or other bright lighting conditions, and brightness needs to be increased to compensate. In addition, some applications require the display to operate in extreme outdoor temperatures or in lighting conditions where the non-transparent display is in direct sunlight.

Another factor need to consider when choosing a transparent display is resolution. Resolution determines how many pixels can be displayed on the screen, and the higher the resolution, the higher the clarity.

Therefore, it is necessary to select an appropriate number of pixels according to the application scenario. Too few pixels may cause unclear or uneven illumination in some display areas, while too many pixels may reduce efficiency or not have enough LEDs per pixel, which is not bright enough.

Another important factor to consider when choosing a transparent display is brightness. Some applications require high brightness for clear visibility in bright light or direct sunlight. In other cases, the brightness needs to be reduced to avoid glare.

The led screen lifespan is also a factor to consider. The longer the service life, the lower the frequency for users to replace the led transparent screen. In addition, we also need to choose a high-quality transparent led screen manufacturer, which can reduce our cost.

Last but not least, you should consider the heat removal technology in the monitor. These include heat sinks, fans, and other technologies that remove excess heat from the system. Transparent displays are more prone to overheating than non-transparent displays because they are directly exposed to ambient light.

If you are looking for a solution that can make your business more effective and attract more customers' attention, then please give priority to the transparent LED screen. These screens will be a great way to grab attention and create an interactive experience for customers.

Transparent LED screens are perfect for businesses looking to make a big impact appeal in tight spaces. Suntech outdoor LED lighting is a professional outdoor LED lighting manufacturer in China, and we have been in outdoor lighting industry for more than 10 years. If you are interested in learning more about transparent LED screens or would like to purchase them for your business, don't hesitate to contact us now: sales@suntechhleds.com

Here are some related articles you may want to know 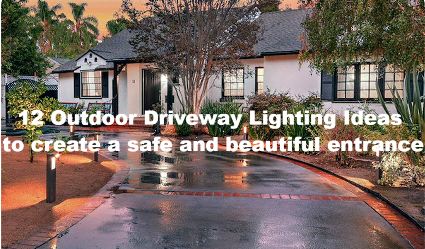 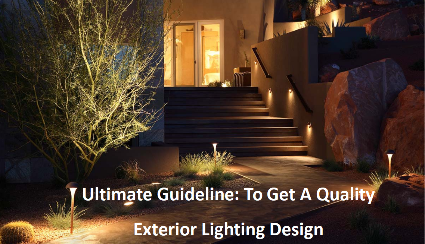 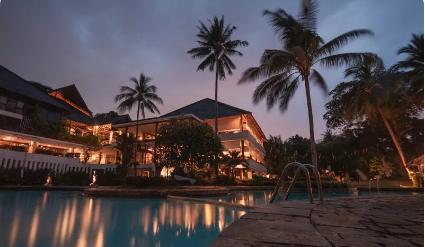 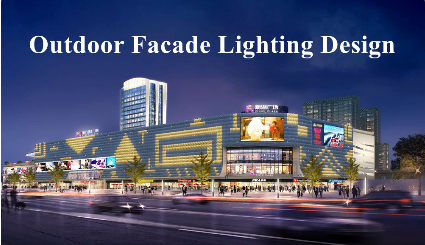 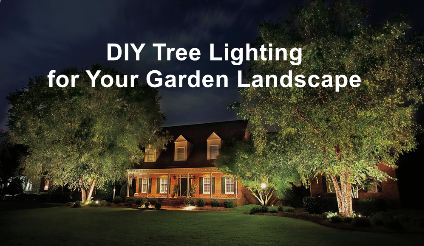 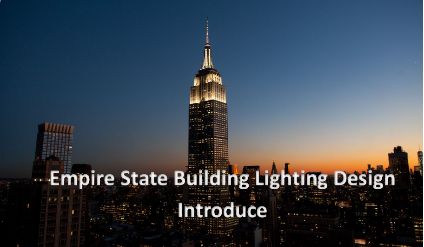