What is a traditional LED screen?

What is a transparent LED mesh screen?

How to choose the right transparent LED mesh display?

Where do transparent screen use for?

Introduction：In this era of advanced technology, the emergence of LED screens is not unfamiliar and is even considered indispensable. To better understand the LED display, in this article, learn about the subject.

What is a traditional LED screen?

The traditional LED screen is a type of LED screen uses light emitting diodes with 3 main color systems to help display video images. A small part called a module is attached and can be a separate board or part of a larger screen to display the LEDs.

In order to emit light, the diode consists of a semiconductor chip wrapped by a layer of plastic and an antioxidant coating through which light can pass. For different semiconductor materials, different light colors can be emitted. 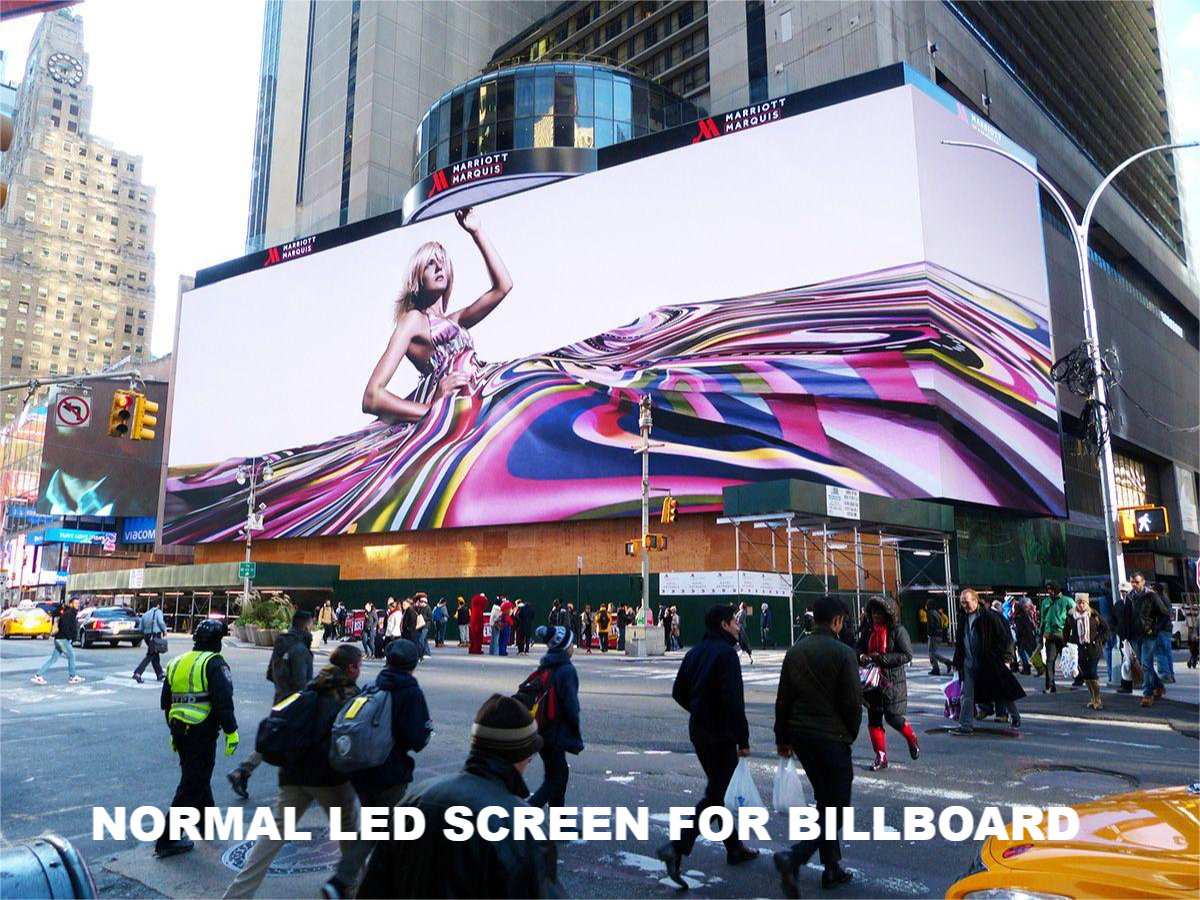 What is a transparent LED mesh screen?

Transparent LED mesh screen is a new product which use new screen technology to developed on the basis of conventional LED display to obtain higher transparency by reducing part of PCB, kit and cabinet. It utilizes the structure of louvers, and the gap between each light strip can form a transparent space. Currently, it is mainly used in glass building facade lighitng, shopping mall lighting, stage performance illumination, etc. Because of its transparency of more than 75%, even without glass, people also call it LED glass screen. Because the transparent led screen is almost the same structure as the ordinary led. The difference between them is that this LED screen but is made not like an ordinary color block, but completely like a transparent screen like glass, which can see through everything. Ordinary led screen: the normal weight of led screen is about 50kg/m², this weight is installed in sensitive locations such as overhead, small area is a difficult thing.

Transparent LED screen: The current standard weight of this display is 12kg/m², which is much lighter. Therefore, you can hang or install it freely according to the location of the promoted brand and don't spend much area of the store.

Ordinary LED screen: In general, using this type of LED screen will not bring high savings. Because, first of all, the running and installation costs are already high, due to the fact that it requires a lot of personnel, a lot of equipment such as air conditioners to cool the lighting system, and a high monthly electricity bill if you need to use traditional LEDs. Since the lighting efficiency of the ball is 100%.

Transparent led screen: When it comes to saving ability, transparent led is more advantageous. First, by having transparent LED screens that mix with air, they can be automatically cooled without air conditioning. Secondly, the installation is simple and easy, no installation and labor costs. In addition, the monthly electricity bill is also greatly saved, only half of the ordinary LED. This makes transparent LEDs the product of choice for users to think about. 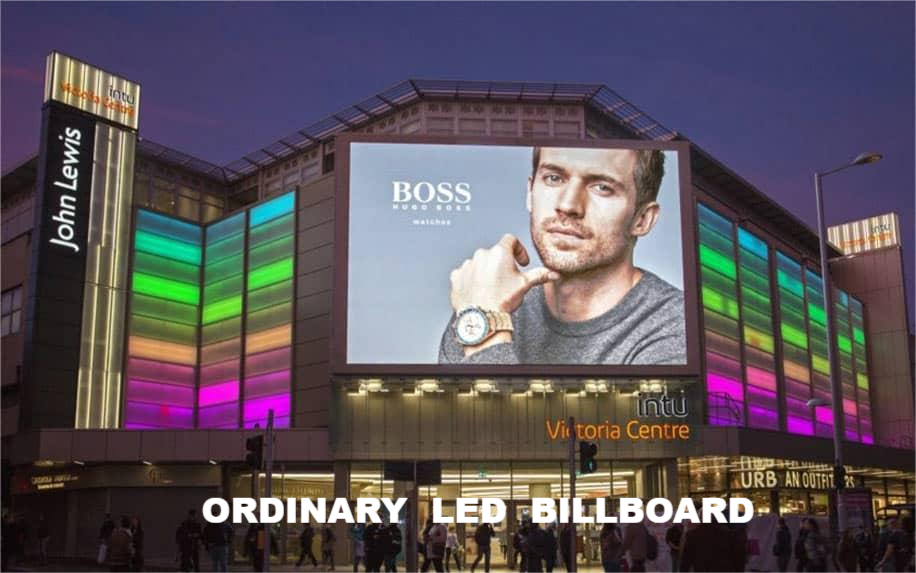 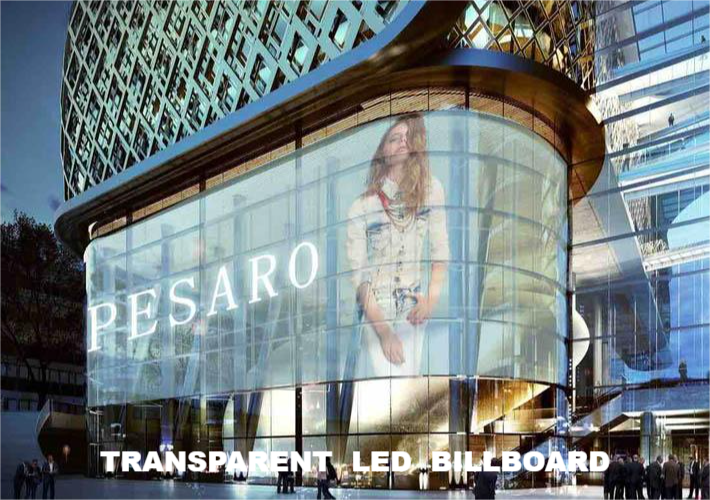 SMD conventional display should not be installed indoors, it will block the sunlight and vision. LED transparent screen is for outdoor screen application, indoor installation and outdoor viewing. You don't need to worry about whether it is waterproof and UV-proof, because the product performance is very stable. 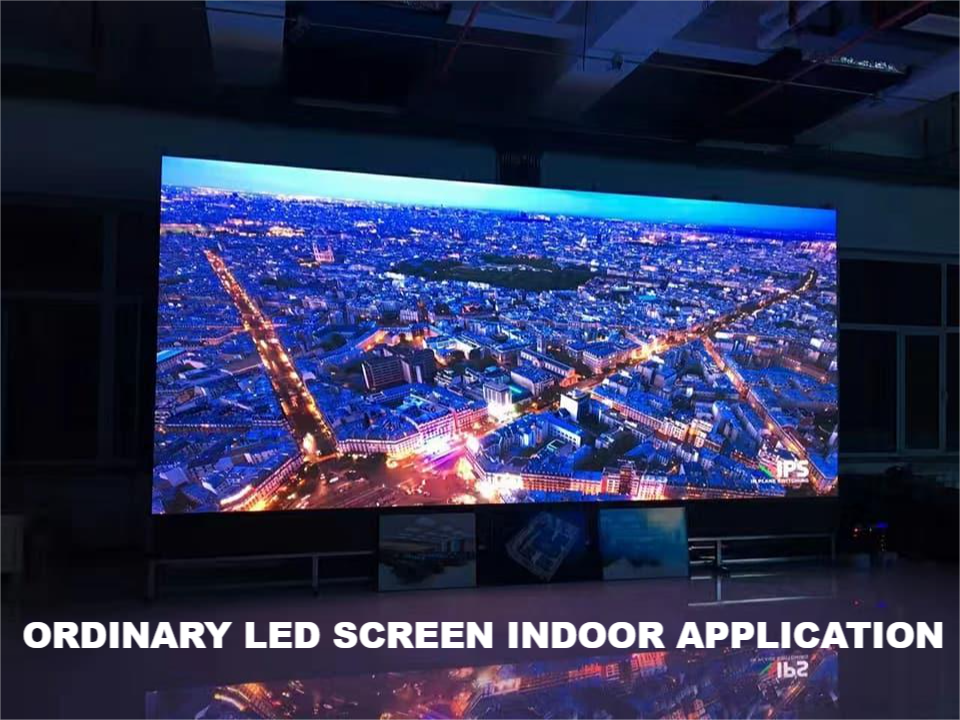 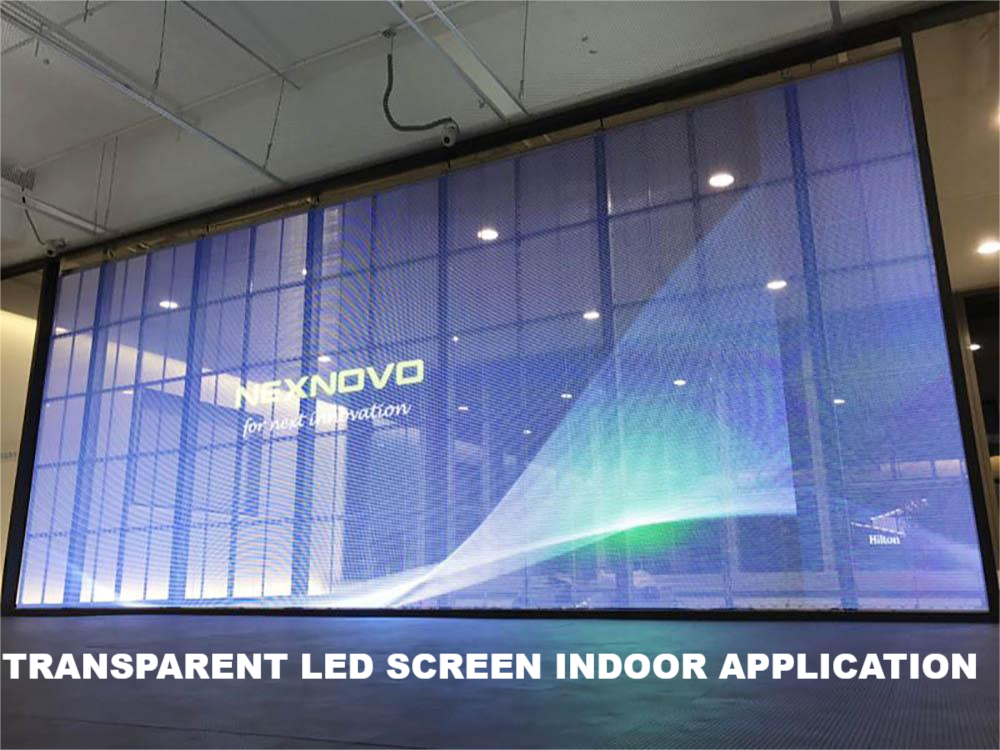 The biggest feature that distinguishes transparent LED display from other types of LED displays is that the screen is transparent, thanks to the skeleton design structure and side light-emitting technology. When users place the advertising display outdoors, the room can be illuminated normally due to the high light transmission rate and is transparent from the inside. When viewed from any angle outdoors, in addition to a clear view of the overall interior environment, images suspended on the glass screen can be seen, making the advertisement more vividly visualized and appealing to potential consumers. Transparent LED window displays are an excellent choice for stores that allow businesses to stylishly display advertising content without blocking the light or view from any side.

Enhance the aesthetics of the building facade

Due to the unique transparent display technology of the transparent LED screen, the image seems to be suspended on the glass wall no matter from which angle it is viewed. In addition, it is able to better present the aesthetics of the building façade without affecting the overall presentation of traditional LED screens. This transparent display technology opens up new creative options that are not possible with LCD screens and other LED screens, allowing designers to focus on glass buildings without affecting the overall design.

Because of the hollow design structure to achieve transparent display effect without steel support, the transparent LED screen is lighter and thinner than traditional LED display, weighing only 12kg/m², with a panel thickness of only 10mm. Even in the absence of glass as a led screen background, transparent LED screens can still be installed vertically and independently or supported behind a glass curtain transparent led wall. And, whichever installation method you choose, you can greatly reduce backstage stress and installation costs.

Transparent LED display without screen display part does not generate heat, so power consumption is lower than the traditional LED display, saving most of the unnecessary cost expenditure for businesses.

How to choose the right transparent LED mesh display?

Where are you going to istallation the transparent screen?

The specific installationationation environment determines the type of transparent screen.

For example, in indoor such as retail stores or shopping malls, people usually choose the standard size CLEAR series indoor HD 1000*500mm or 1000*1000mm transparent led display. If it is to be installed and fixed on the building facade, requiring high brightness and the ability to broadcast clear ads, we can use outdoor HD transparent advertising screens.If it is a large format media façade, super high light transmission Dot style media network is an excellent choice, which provides different models for daytime or nighttime viewing only.For stand-ups, we choose the transparent LED poster. It is also customizable in size and can be made into a double-sided display.It can even be customized for all types of transparent screens if the designer has a special creative styling design to fit the building.

How much brightness does the screen need?

If installed on a street-level store or glass wall and you want the viewer to see the content of your ad during the day, the brightness of the transparent screen should be at least 5000nits. If the glass screen is only used for indoor viewing, 1000nits or so is enough.

What resolution is appropriate?

The resolution determines the pixel pitch and brightness of the product, and has a lot to do with the price.So we'd better ask the following questions.

What kind of video content does the screen display?

Simple color changes and animations do not require high resolution.

How far away do people view the screen?

If people are viewing the screen close together, the higher resolution it will require.

If you want to make your advertising screen look more vivid and attractive, Sutech LED mesh light is your better choice. As Suntech is one of the most professional leading LED Mesh Screen manufacturers in China.The below products you may interested. 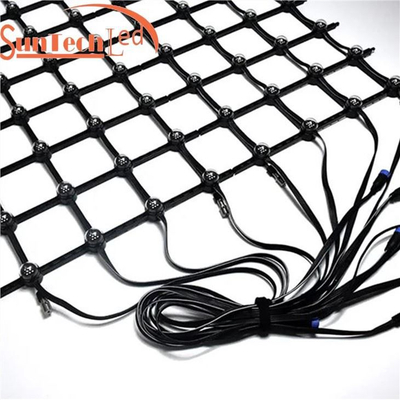 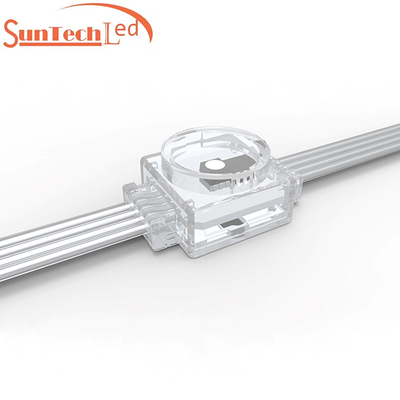 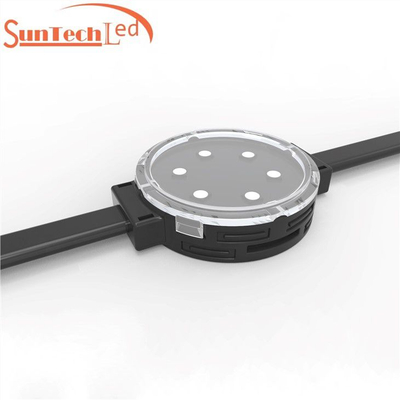 Where do transparent LED screens use for?

Use for outdoor billboard

The beauty of transparent screens is that they are made from polyethylene terephthalate (PET) or polycarbonate (PC), both of which are tough, flexible, abrasion-resistant plastics. This means that people can install transparent LED display board in outdoors and not worry about weather-related damage or finger scratches. Because they blend in with their surroundings, you can use clear screens for outdoor billboard advertising without blocking other objects. Transparent billboards are usually placed next to roads. They can carry any number of messages - advertisements promoting upcoming events, product launches, etc. Transparent screens are most effective when used in public places (such as bus stops and shopping malls), where people are sure to notice them first because they blend in completely with the area they are in. 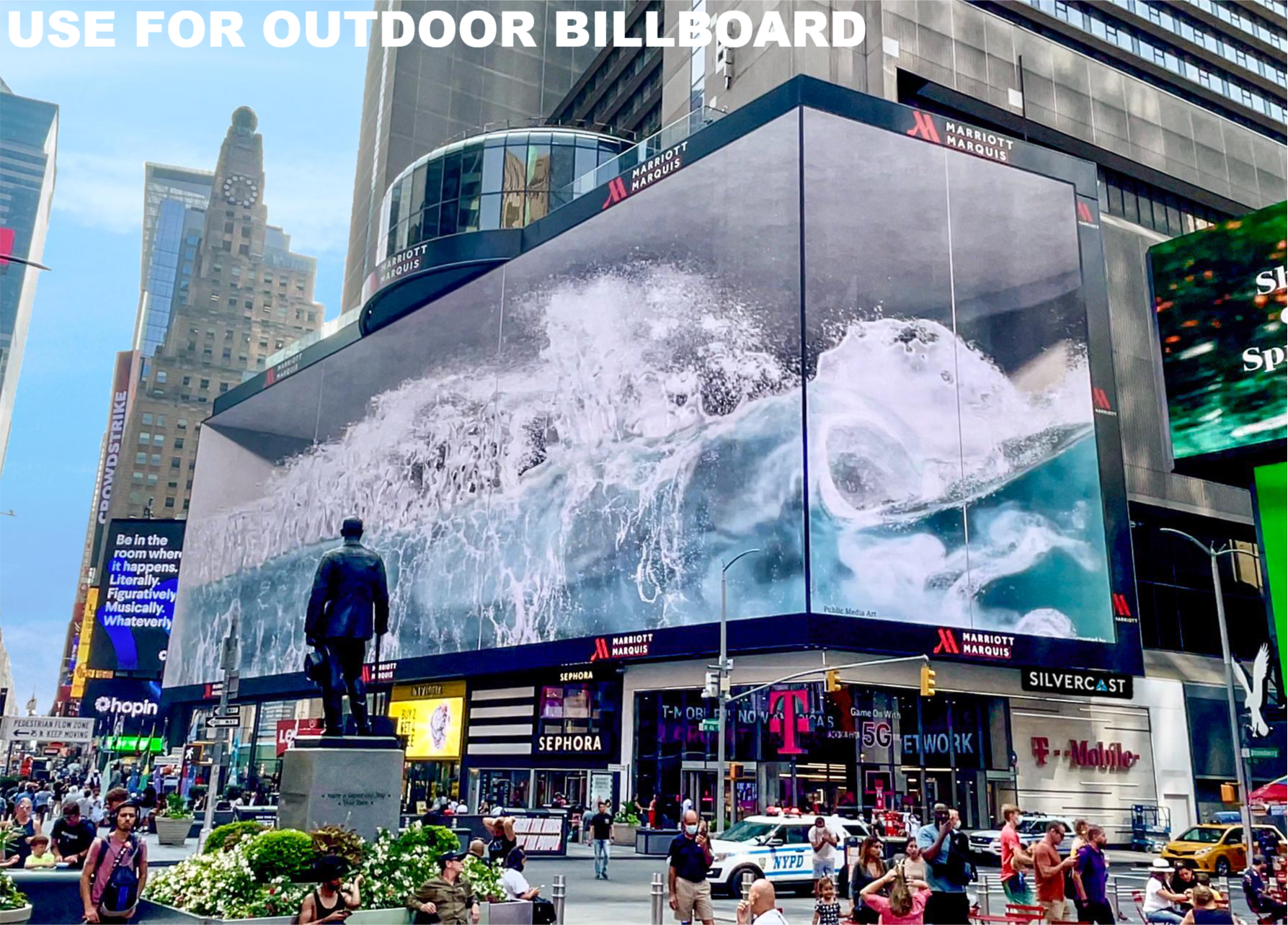 Use for architectural glass walls

Transparent LED screens can also be used in indoor shopping malls. Shoppers are often attracted to the bright lights or interesting displays at the entrance of a mall. You can use transparent screens to help guide people or show them what they can find inside the store, making it easy for them to determine if they want to go in. Another great application is to use these screens as advertisements, whether you leave the messages there temporarily or use them as part of a video loop that plays throughout the day. 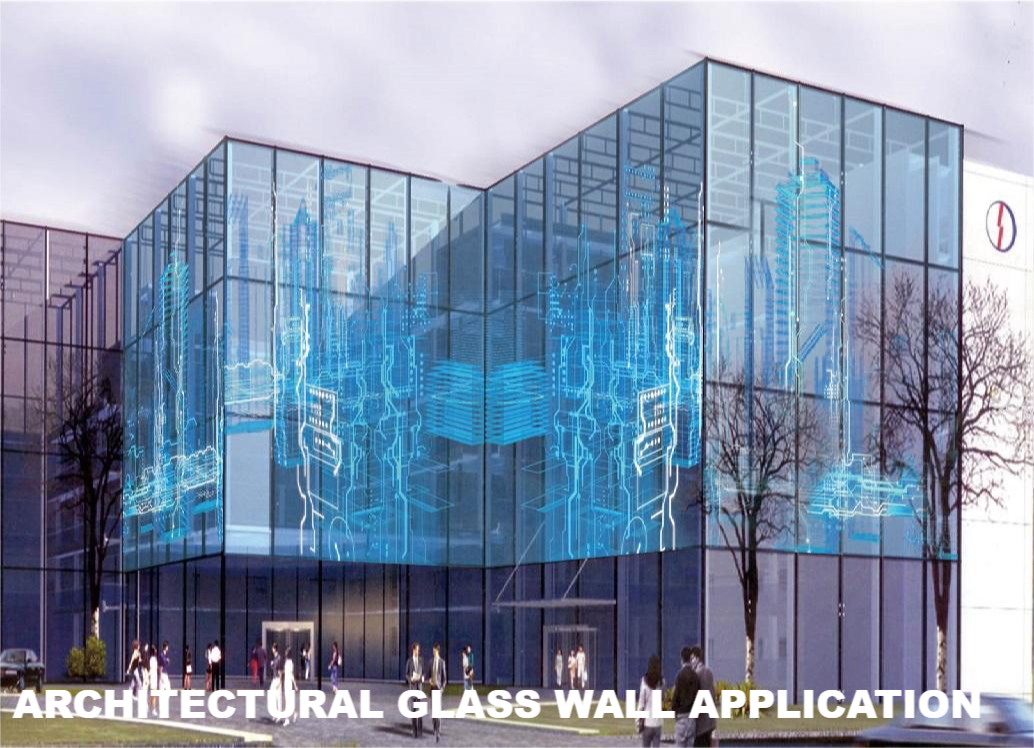 These screens are also used in showrooms to display cars, appliances and other types of products. They are often deployed behind glass windows so that customers can see what the product looks like without having to get too close. Transparency is important when you want people to be able to appreciate your merchandise without having to touch or get too close. That's why museums and galleries also use transparent LED screens, allowing visitors to see exhibits while protecting them from damage and dust. Use in shopping malls

Transparent LED screens can also be used indoors and outdoor lighitng for shopping malls. Shoppers are often attracted to the bright lights or interesting displays at the entrance of a mall. You can use transparent screens to help guide people or show them what they can find inside the store, making it easy for them to determine if they want to go in. Another great application is to use these screens as advertisements, whether you leave the messages there temporarily or use them as part of a video loop that plays throughout the day. 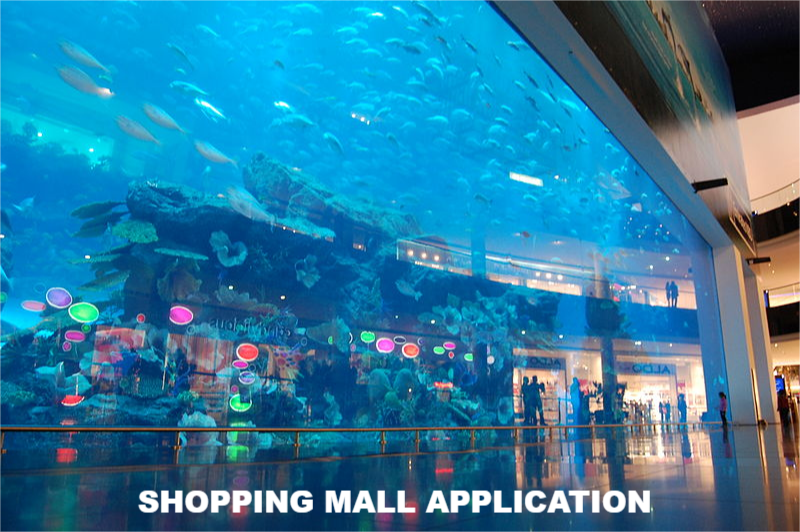 Use at the airports

You can also use transparent screens to show people the way, directing passengers to their boarding gates or public restrooms. They allow you to notify people about delays and other problems so they can make informed decisions about their travel. They can also be used to advertise products, allowing you to promote your business at a time when many customers are waiting for their flights and can't do anything else until they board. 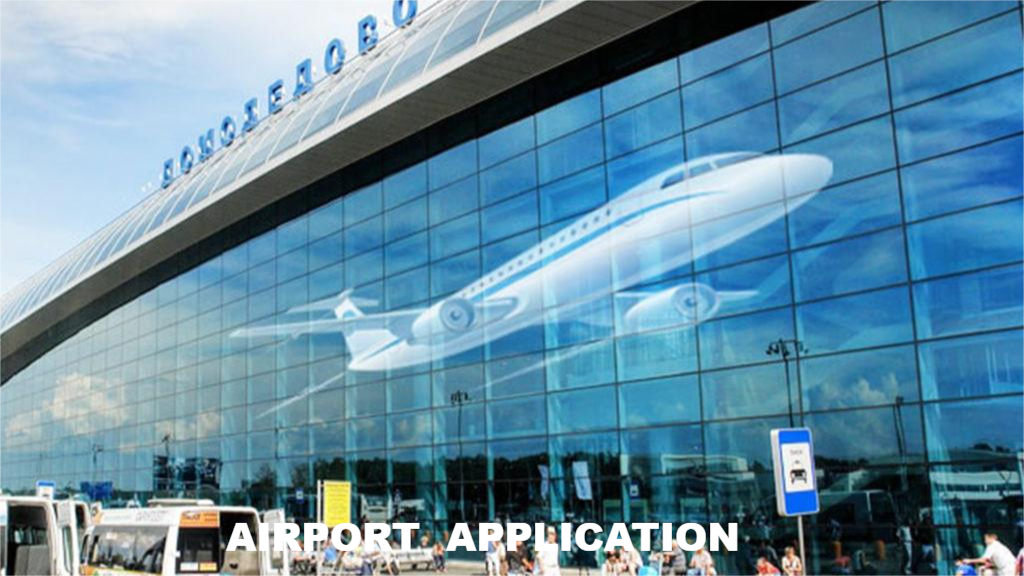 Use for entertainment venues

Transparent LED screens are used in entertainment venues. Clubs, restaurants, and even small businesses such as nail salons can use these screens to advertise their services or inform customers of upcoming events or special offers. They make it easy to add some extra glamour to your business, and most importantly, such transparent new display technologys can help you attract the attention of potential customers.

Note: Suntech LED is a professional facade lighting fixtures manufacturer, please feel free to contact us if you are looking for a qulaity outdoor or interior lighting solutions. 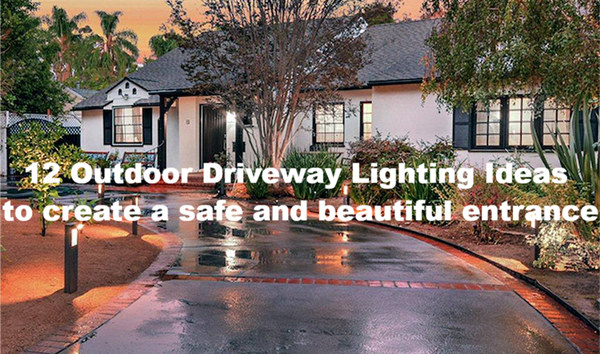 Pool Around Lighting Ideas: Make your pool charming in summer 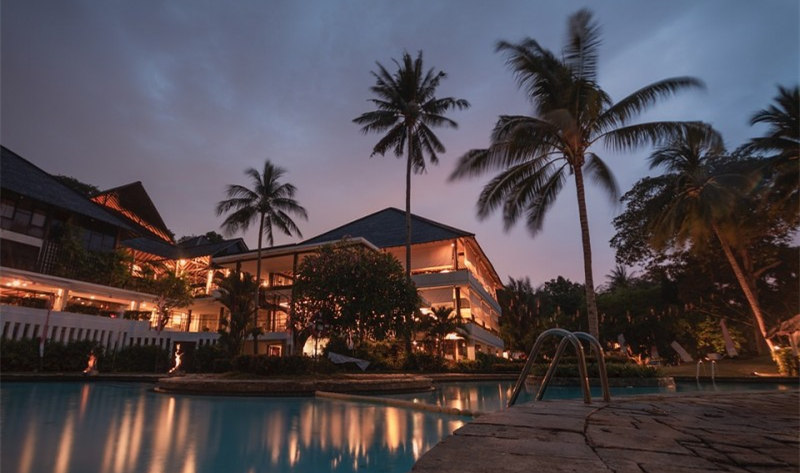 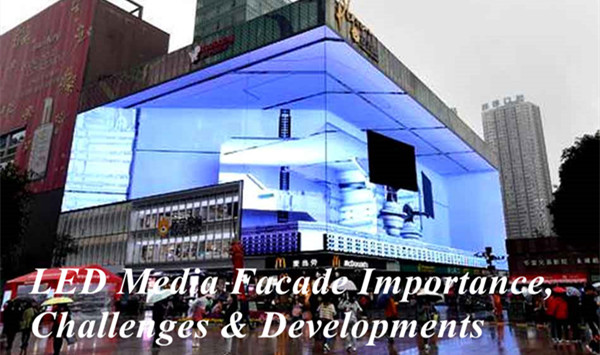 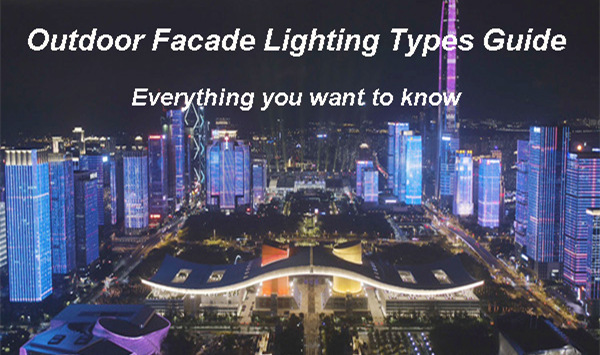