Exterior Facade Lighting Design: How to Light Up Your Facade

What is Exterior Facade Lighting？

The following video from Suntech can intuitively see the effect of exterior facade lighting:

The colorful exterior wall lighting which lighted by the DMX RGB flood light and DMX LED spotlight is not only reproduces the urban style, but also to provide people with a good night vision environment and living environment. In summary, the main objectives are as follows:

2. Highlight the urban structure. The construction of the lighting project emphasizes the main and quintessential part of the city and becomes a bright "map" part, which makes the urban structure stand out and is easy to identify, with a sense of orientation, layering and three-dimensionality.

3. Highlight the points, lines and planes of the city. The point light of the single city lighting is relatively uniform, which becomes the base of the city lighting environment. Regularly arranged street lights decorate the road into several light strips intertwined in the city, the primary and secondary are distinct, and the street lights make the road structure clear and easy to identify. Neon advertisements, light box signs, internal and external lights of buildings, etc. make the central area form bright areas embedded in the road network, making the structure of the central area of the city clear at a glance. 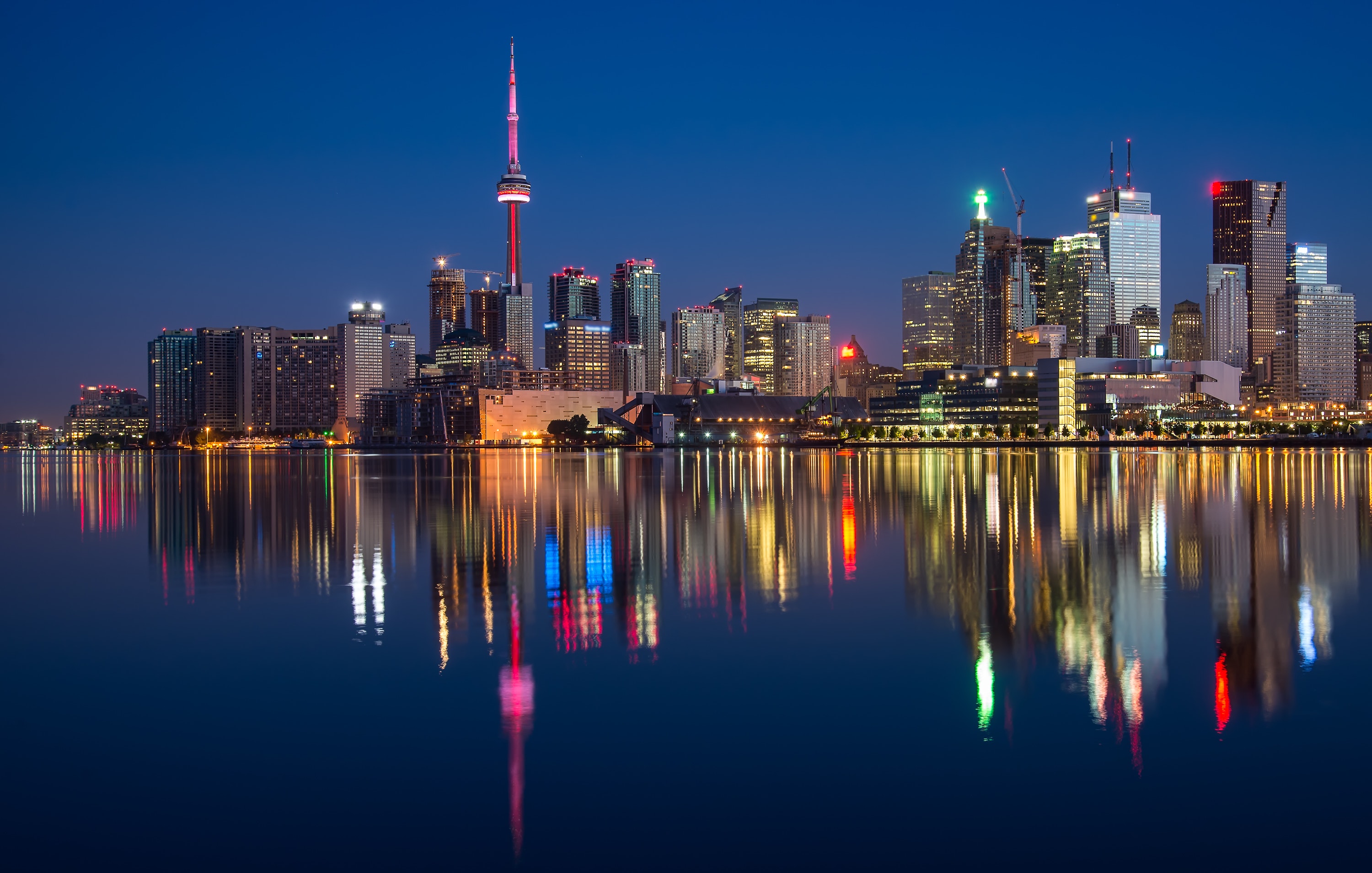 Lighting that uses building vertical surfaces, building entrances, and monuments as markers or reference points is important for visual orientation. Surface brightness is critical for good nighttime visibility. The vertical light surface in particular improves the visibility and sense of safety for pedestrians. There are bright backgrounds or walls where people can see other people in action in silhouette. It also defines the walls of the exterior spaces, making the surroundings feel visually more comfortable and safer. 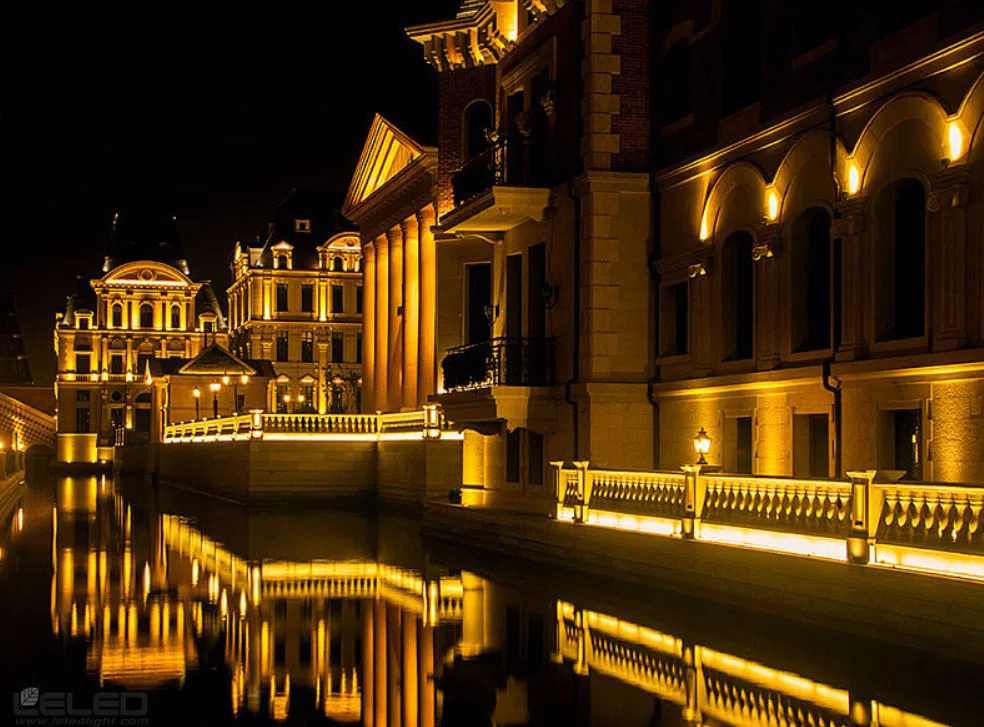 Night lighting can help pedestrians find their way. This could be as straightforward as lighting directions or information signs. The illuminated signature façade also orients people and provides additional wayfinding at night. 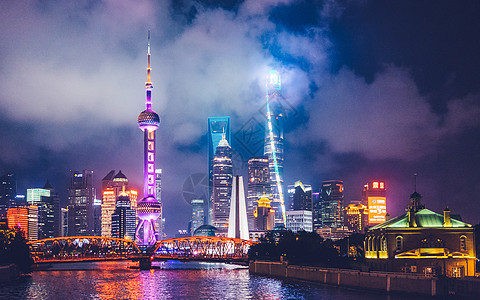 Outdoor LED lighting temperature is an important criterion, and the ideal lighting temperature can vary from below 3000K to over 5000K depending on the application. While highly efficient, excessive lighting temperatures and associated blue light can affect circadian rhythms, cause glare, and lead to more light pollution. The American Medical Association recommends human and environmental impact community lighting with lighting temperatures of 3000K or lower LEDs in their study: "3000K lighting is only 3% less energy efficient than 4000K, but provides more pleasing light for humans and less impact on wildlife".

Washed lights create a very even light distribution on the facade. Exterior walls can make them look flat. Decreasing the illuminance as the façade height increases allows for a transition from low contrast to a dark night sky. Gradients of light on untextured walls become the dominant feature and are treated as separate patterns. Large, uniform surfaces can be given structures with light patterns. Luminaires close to the façade produce skimming light, emphasizing surface texture and structure. It is also important to avoid directing any light beyond the façade surface, be it the sides or the top. 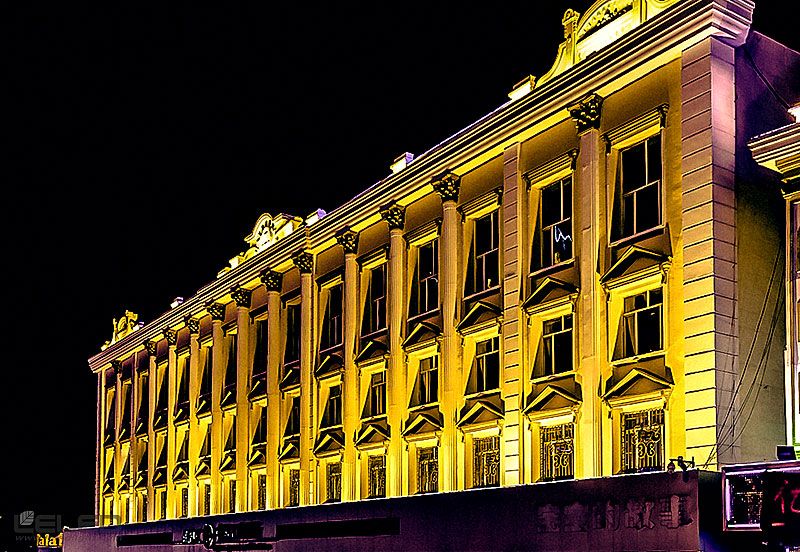 The running water of the wall washer light washes the wall like water, making the exterior wall look flatter and highlighting the texture of the building. The light dims casually with the height of the building, transitioning very naturally into the night sky. From the outside, the whole building looks very bright at night, and because the wall washer is placed vertically, it will not be affected by the rotation of the light indoors.

Floodlights produce uniform illumination on the façade, making surface textures and structures clearly visible, protruding columns separate these columns from the surrounding façade, and upper lights positioned on either side emphasize the volume of the columns. The combination of overhead and floodlights increases the division of the vertical façade by illuminating from above and below, the narrow beam enhances the effect of the vertical division, and the narrow light projection of the vertical division façade enhances the façade effect of the façade division. 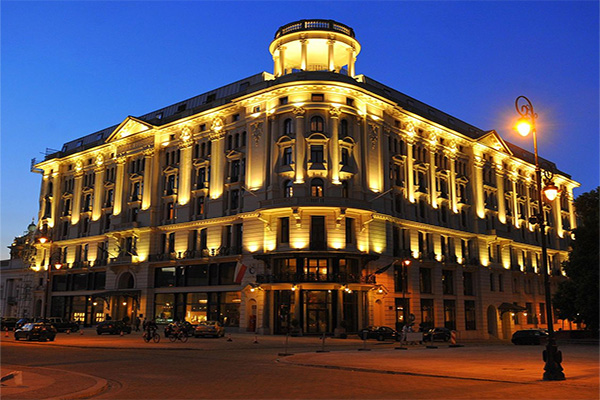 Details:The building was one of the first modern hotels in Belgrade and the intention behind the proposed design was to refurbish and revitalise the Bristol hotel complex. The main part of the building uses Narrow angle LED floodlight to divide the stairs vertically, with distinct layers of light and shadow, and the floodlight also highlights the texture of the building. The tower at the top uses Wide angle LED floodlght to light up the interior of the entire tower, making it the center of the entire building, enhancing symmetry. 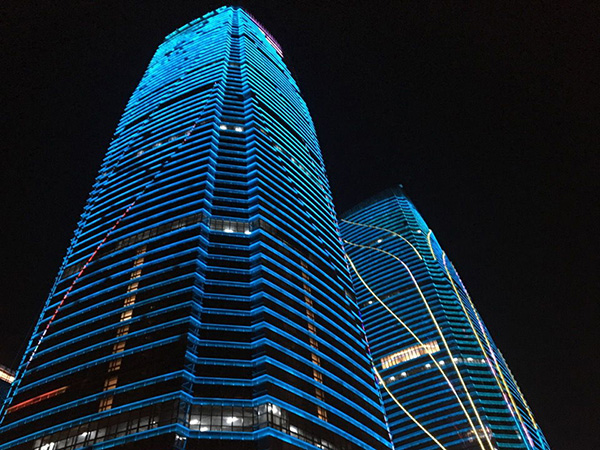 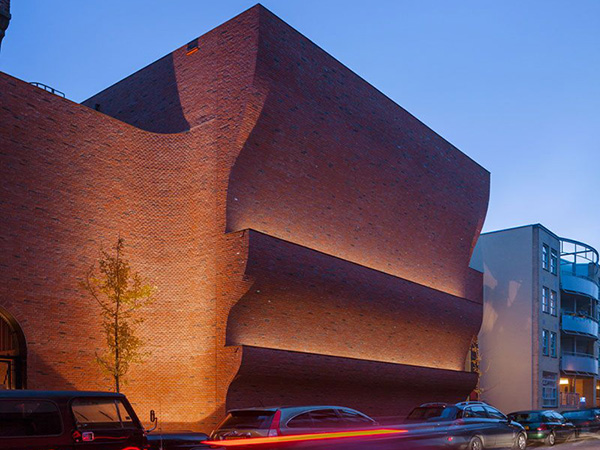 When lighting a windowed or perforated façade, lighting is generally used to accentuate the outline of the window or opening, enhancing the dramatic sense of the building. Illuminated window frames accentuate the framing of the facade openings, while narrow beam uplights accentuate the facade's grid pattern. It should be noted that the floodlights produce a uniform light distribution on the facade, otherwise it will not cause the indoor users not to be dazzled. 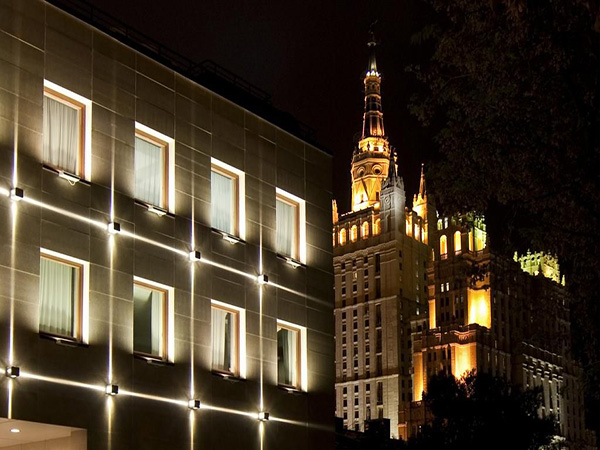 Details:Install LED linear lights indoors, use the room windows of the building to design night scenes, let the lights penetrate through the windows, and form the so-called internal light-transmitting lighting. At the same time, LED wall washers are installed on the upper eaves of the window, and the inner and outer sides of the lamps are provided with shielding plates to prevent the lamps and light sources from being directly seen from the outside and indoors. The combination of the two types of lamps creates a vibrant city that never sleeps, with bright lights from the building windows at night.

For the strip-shaped layered façade, by spreading the light from the inside out, it enhances the building’s presence at night, the strong contrast between the bright interior lighting at night and the dark building exterior surface, can be achieved through the façade lighting in the Make some compensation. 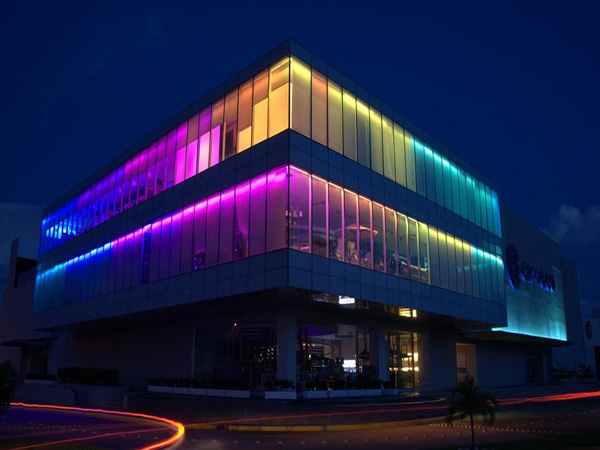 Details: The special feature of this building is that although it is an exterior wall lighting project, DMX bar lights are installed inside to form a DMX lighting system, mainly using the functional lamps inside the room as external lighting. The lamps are in the form of ceiling and are installed near The ceiling at the window, because the window is seamless and transparent, and the wall cannot transmit light, the overflow of indoor light forms a linear exterior wall lighting landscape.

At night, the presence of interior lighting allows one to see the inside of the building, the bright interior lighting allows the framing of the façade to create a silhouette effect. Light from the ceiling areas of the various floors accentuates the horizontal building structure. The horizontal structure of the building is enhanced when linear lighting is applied to the top surface of each floor. 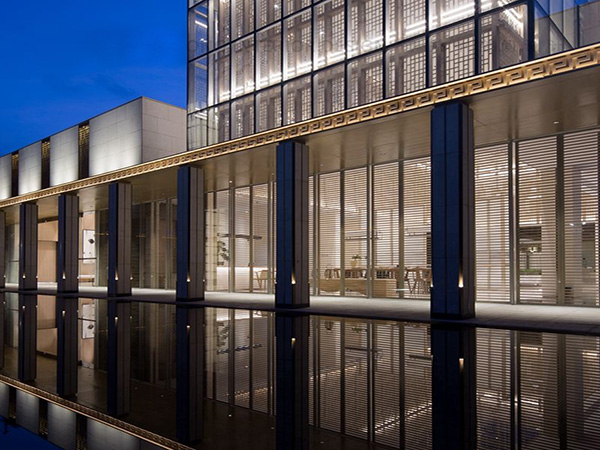 Details:This is a fully transparent staircase. The indoor LED linear lights are used to achieve full transparent lighting. The original indoor functional lighting in the room can just be used as the internal light transmission lighting of the building, that is, the old lighting of the room is still maintained at night. Turn it on to illuminate the interior of the room. This lighting method can create a bright, transparent and deep interior light effect.

Digital lighting controllers can incorporate photoelectric sensors and astronomical timers for maximum control flexibility and energy savings. For example, a light sensor control can be used to configure the lighting to turn the input on at dusk and use a timer to control the input to turn off at midnight. Facilities used at night, such as loading docks, can be programmed to open at a certain time during the night and close at dawn.

A wireless device is a lighting control device that operates on a wireless network. In a typical device wireless control system includes various configurations of lamps, motion sensors and photocells (fixture mounted) and a central zone controller (often called a gateway). While wired network systems offer better reliability, installation costs for materials and labor are significantly higher. The wireless device acts as a node, sending and receiving messages through multiple devices to a dedicated area controller. Mechanical topology creates stronger and more reliable wireless network structures. Mechanical networks provide two distinct benefits. First, the network can detect a problem with a particular component, and second it will reroute messages accordingly to protect the performance of the system.

4. Mercury-free: LED lights do not contain mercury. Hazardous substances such as mercury are eliminated or reduced.

5. Directivity: The directionality of the LED is very strong, only 15° away from the center line of the lamp, and the light is directional.

6. Low heat: The heat load of the LED lighting system to the air conditioning or refrigeration system is negligible.

7. Stable performance: Although they will gradually dim after years of use, the LEDs will not suddenly break.

8. Works with Motion Sensing: LED lighting lights up as soon as motion is detected. LED lighting sensor with motion can be turned off or dimmed to save energy. 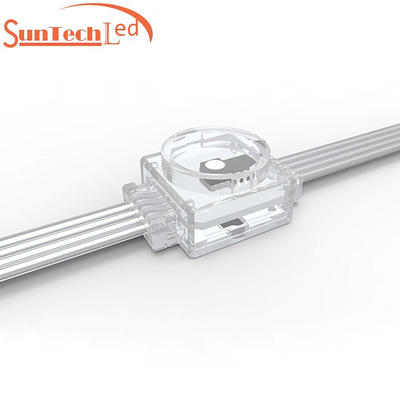 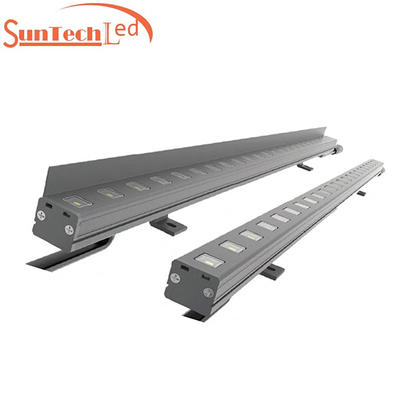 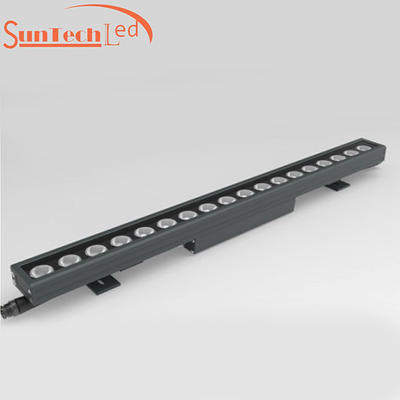 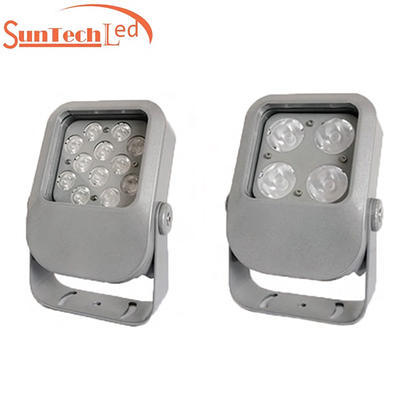 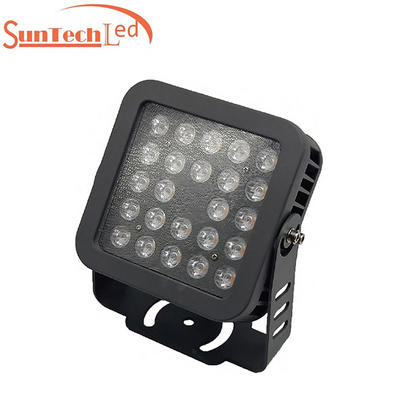 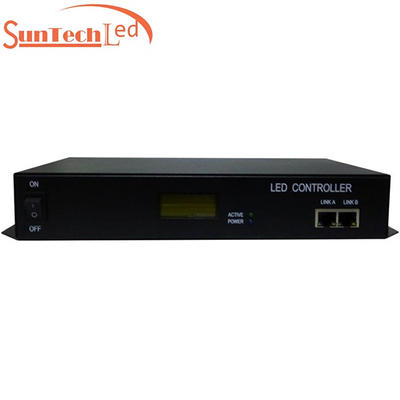 Suntecled led have been engaged in LED lighting engineering for more than 10 years, and we have done a lot of facade lighting project in China and the Global, We offer a range of services from the design, installation and after-sales, if you want to optimise your building, just please click here to contact us for inquiry.

Exterior facade lighting articles you may be interested in: 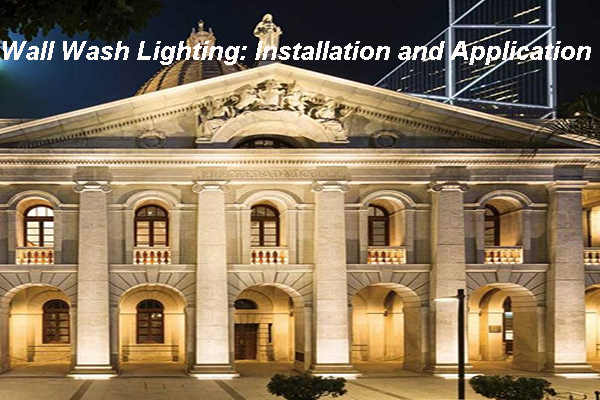 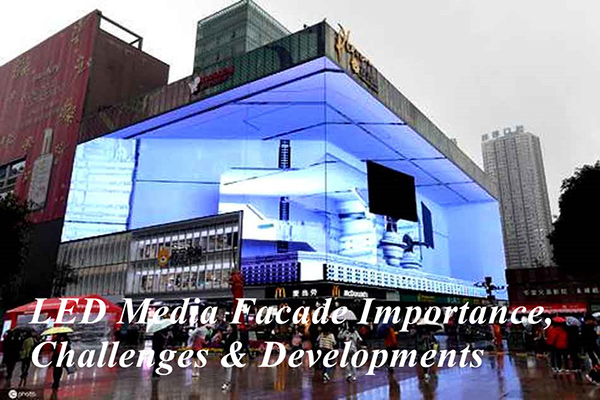 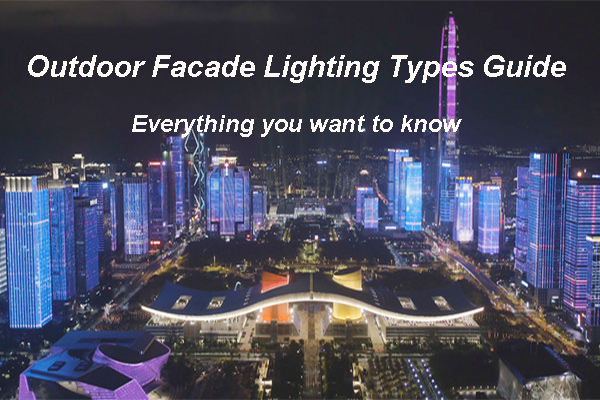 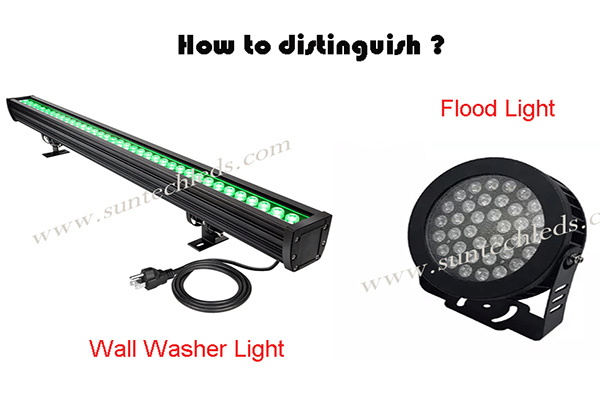 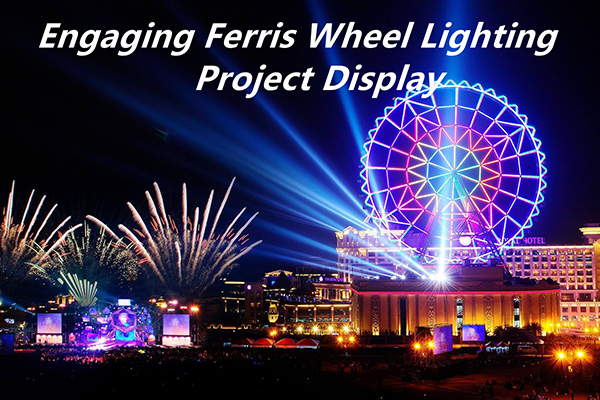 Engaging Ferris Wheel Lighting Project Display That Should Not Be Missed