5. The Applications of UV-C LED

UV (ultraviolet) light may be a sort of radiation which will be found within the spectrum and is measured in nanometers（nm）. Human eyes can see visible light, but not ultraviolet light. 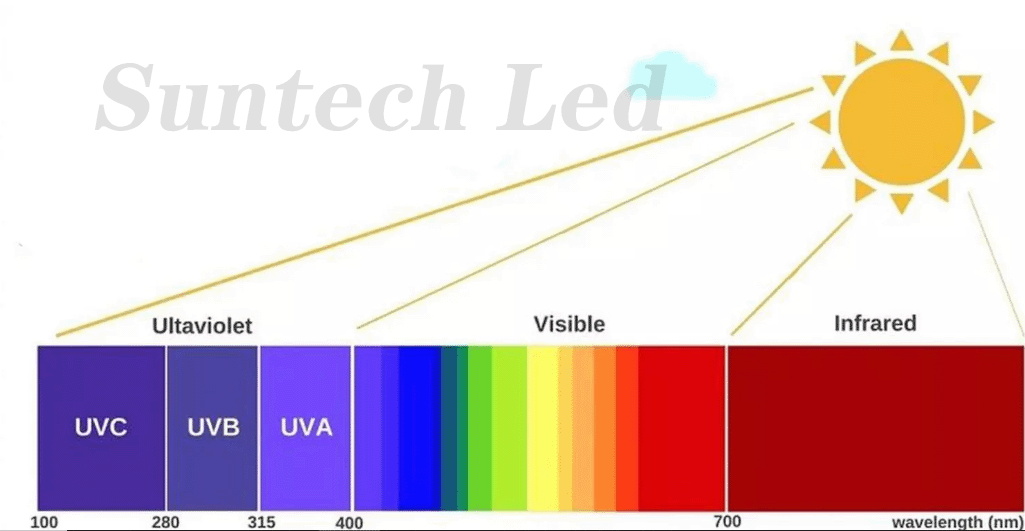 The shorter the wavelength, the greater the damage and the less penetration. Conversely, the longer the wavelength, the smaller the damage and the greater the penetration.
Among the three types of UV rays, UV-C has a germicidal effect, which can be effectively used to kill microorganisms. When the DNA of microorganisms absorbs UV light, the UV light prevents the microorganisms from replicating, preventing them from multiplying. Bacteria and viruses are often disinfected with UV-C light.

The main difference between UVC,UVA and UVB is sterilization function. Then best feature of UVC is able to sterilize.

UV-C LED is light-emitting diodes (LEDs) that emit photons in the UV-C range at wavelengths that are composed of multiple layers of substrate material. In the case of sterilization, the optimal wavelength is between 260nm and 270nm. AS the wavelength increases, the sterilization effect decreases exponentially.

UV-C LED has the same sterilizing power but has a longer lifespan and is safer for the environment.

To get a better understanding of UVC LED VS blue LED power conversion and price trends, lets take a look of the table 2. 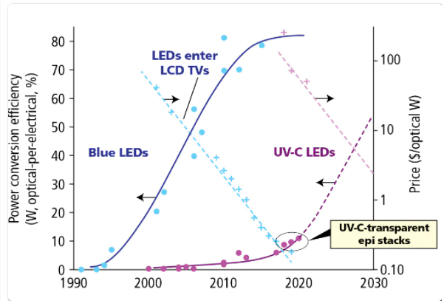 Historical trends of performance: shown are power conversion efficiency(left axis) and price(dollars per optical watt, right axis) for blue and UV-C LEDs. The latter trail the former by approximately 20 years, but recent breakthroughs in UV-C transparent epitaxial structures now entitle UV-C LEDs to begin to follow a similar rate of progress as for blue LEDs in the 2000s. (See endnote, a complete set of references for this illustration will be provided in the online publication of the article.)

（1） Prediction of UVC price trends in the next 10 years

In the next decade, between 2020 and 2030, the price of UVC LED will increase, its technology tends to mature and humans use it not only for sterilization, but also for water disinfection, air disinfection, and surface disinfection.

At present, the main reason why UVC LED cannot completely replace the sterilizing ultraviolet mercury lamps for medical use is that the illumination of UVC LED is still not strong enough.

To achieve the same sterilization effect as mercury lamps, a larger number of LEDs or more time will be required.

For professional medical units with high frequency of use and a large range of sterilization spaces, it is not cost-effective to use UV LED for disinfection at this stage.

In the next ten years, the UVC LED will be developed in the direction of high power, which will promote more energy efficiency.

5. The Applications of UV-C LED

Suntech led offers UVC LEDs for a variety of applications and uses. Our UV LEDs effectively eliminate harmful bacteria, fungi and viruses. Below are some of the most common applications our products can be used for

UVC LED can be used for sterilization and purification in residential, commercial hygiene, healthcare, transportation, life sciences and defense. 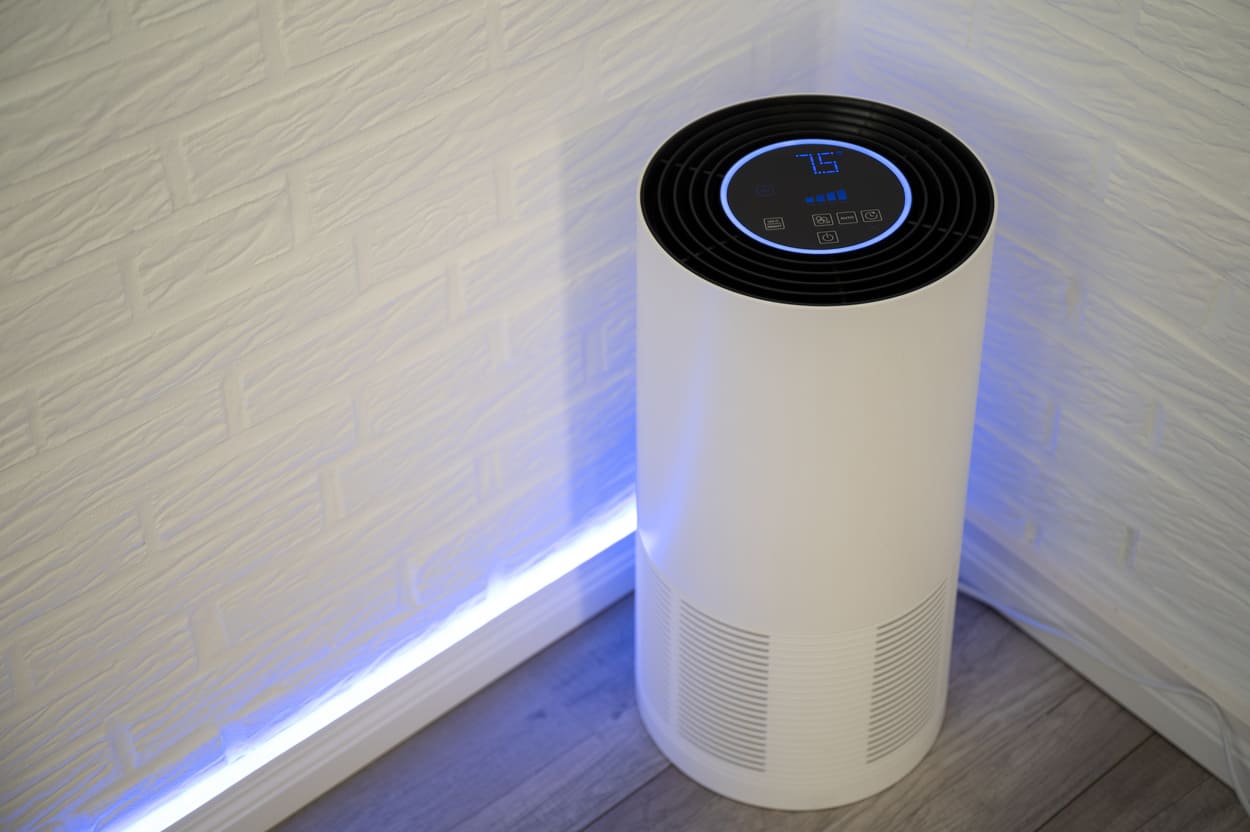 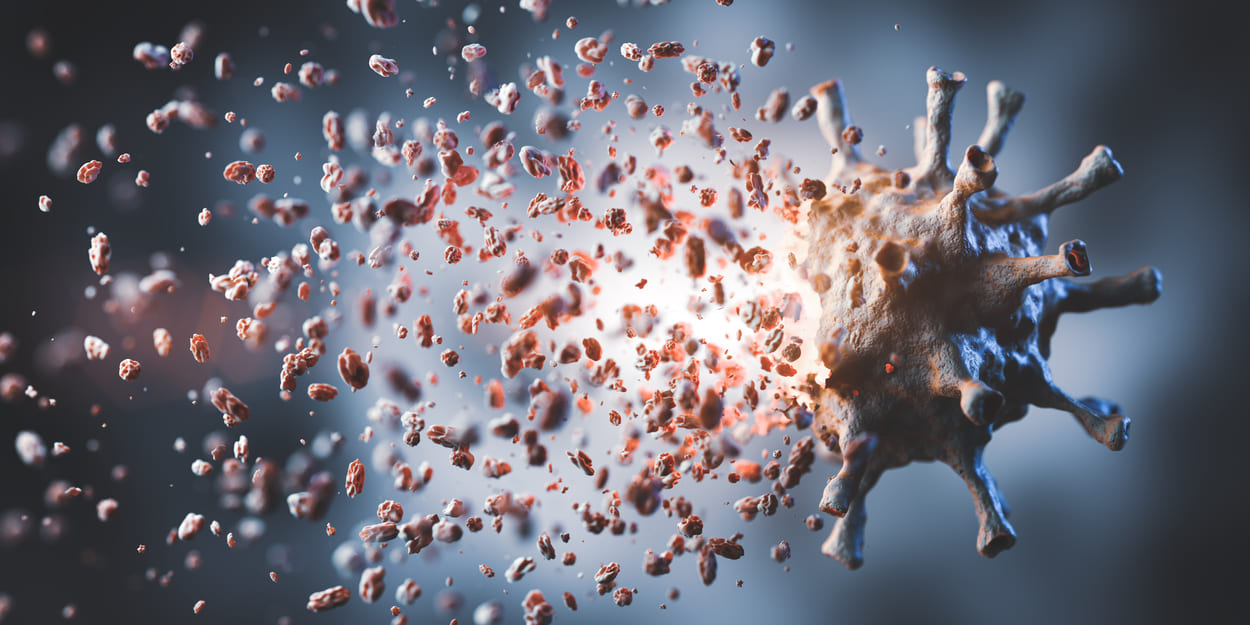 UV-C LED is used to disinfect surface bateriaca. For the sterilization and disinfection of the surface of objects, ultraviolet sterilization technology has a good effect.

UV-C LED is used to disinfect drinking water from source to consumption. In the UV-C model, the water can take a few seconds to become clean water and the new technology allows the UV-C LED to be placed in different positions to ensure decontamination.

They emit powerful UV-C photons in the 200-280nm range through the water, preventing bacteria in the water from multiplying.

UVC LED can be used for sterilization in wards, such as pediatric wards, obstetrics and gynecology wards, infectious disease wards, which reduce cross-infection and speed up patient recovery. In the infectious disease ward, UVC LED is installed at the entrance for long-term exposure to form an ultraviolet door, and ultraviolet led is used to sterilize the ventilation openings to prevent the spread of bacteria to other areas and cause cross-infection. 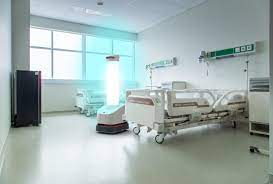 To know the applications of uvc led in different areas, let s look at the table 2. After it, you must know how it used in our life.

(1) Ultraviolet sterilization is fast and efficient. As shown in Table 4. when the UV intensity is 30000μW/cm2, bacteria, viruses, mold spores, algae and fish diseases can be killed within a few seconds. In addition, some literature also pointed out that the killing rate of Staphylococcus aureus on the infected bacteria carrier was 100% when irradiated with an LED ultraviolet lamp at a vertical position of 2-5 cm for 5 minutes; The killing rate of E. coli reached 100%; J. L. Clancy et al believed that when the ultraviolet radiation dose was 30J/m2, the inactivation rate of Cryptosporidium could exceed 99.9%.

(3) The operation of ultraviolet sterilization is stable. Because the process of sterilization and detoxification is physical, it will not produce additional harmful by-products and affect human health.

Germicidal UVC LED Strip265nm-278nm, besides UVC, we also do UVA and UVB products.

Please click on the images in the table below to view product details.

UV-C is a short wavelength but powerful germicidal and virucidal radiation.

The use of UV-C as a method of killing viruses, bacteria and mold is called UVGI. Ultraviolet germicidal radiation (UVGI) is a method of using short wavelength UV-C light to disinfect and kill bacteria. UVGI can be used to disinfect surfaces, air and water. And it poses less risk to human health.

UV C is a part of  HVAC system.

Yes. it can kill bacteria and viruses.

No, it s unvisinle. It only is tested by machine.

Yes. It uses wavelengths to stop bacterial DNA from replicating and purifies the air.

Yes. This is safe because it is an emerging sterilization technology.

（8） How long does it take for UVC light to kill bacteria?

This is determined by the energy and intensity of sterilization.  Refer to table 4.

Yes. It works the same as killing bacteria.

No, as long as you leave the room after turning him on, don't be him and stay in this room tired is not harmful to the body.

（12） Is it worth investing in germicidal LED lights?

Yes. It is worth because the cost of using more advanced technology in the market is relatively low, and then the use is relatively wide. 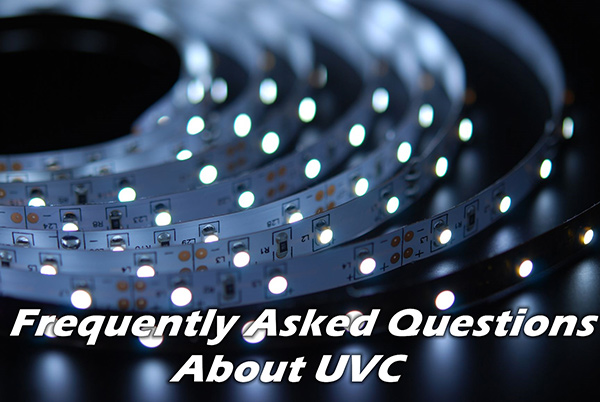 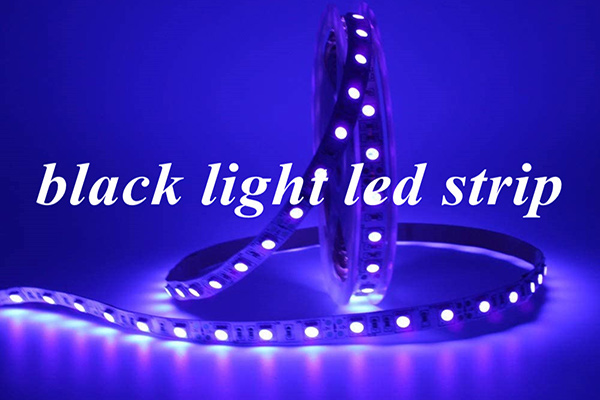 UVA UVB and UVC Radiation - Everything You Need to Know 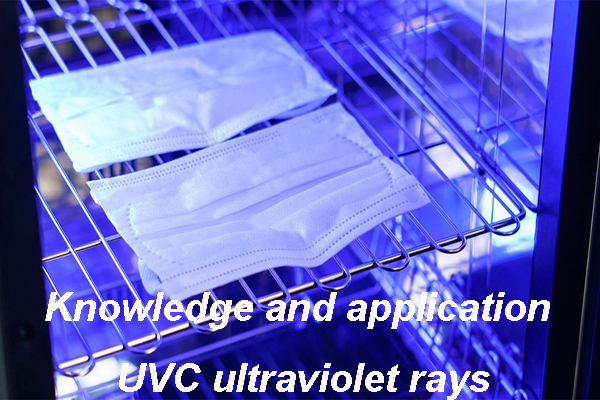 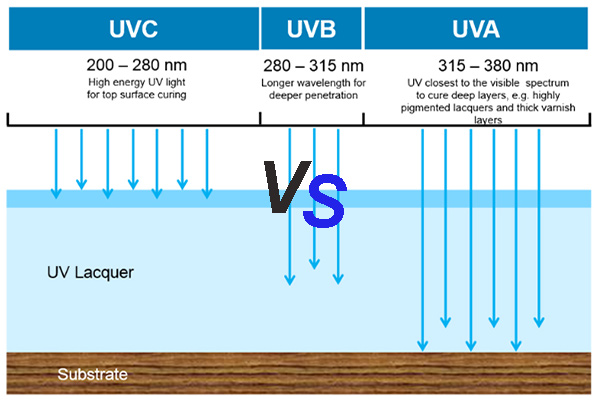 UVA VS UVB VS UVC Light