Home / LED Blog / Facade Light / What is LED dot light? What are the functions of the dot lights?

What is LED dot light? What are the functions of the dot lights?

LED pixel dot lights are widely used in a variety of large architectural landscape outdoor lighting projects. You can customize it to any shape to suit your actual application. It can be used with various LED linear lights, LED guardrail tubes, LED wall washer, LED floodlights, etc. to fully meet all your requirements. The development for point, line, surface decorative lighting effects, and dot light sources are more professional and widespread.

What is LED pixel dot light? 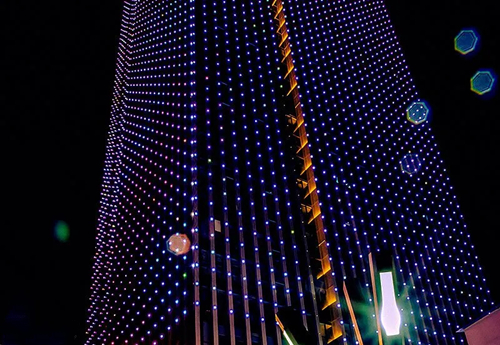 LED Pixel Dot Lightcan change various image, text and animation effects. A supplement to linear light sources and flood lighting. The beautiful appearance can meet the design requirements of building points, lines, surfaces and other decorations. You can control both the LED point light source and the LED display screen with a computer to send advertising information in real time, play advertising videos, and freely change the advertising content. The pixels of the LED display screen will be higher, and the display accuracy will be higher accordingly, and the short-distance effect will be improved. The light source display screen has excellent visual effects even when viewed from a distance, and can meet the long-distance visual needs of large advertisements. Compared with LED point light sources, the changes of traditional neon lights are relatively monotonous, the content cannot be displayed or replaced in real time, and the use of functions is limited.

You can control both the LED dot lights and the LED display screen with a computer to send advertising information in real time, play advertising videos, and freely change the advertising content. The pixels of the LED display screen will be higher, and the display accuracy will be higher accordingly, and the short-distance effect will be improved. The light source display screen has excellent visual effects even when viewed from a distance, and can meet the long-distance visual needs of large advertisements. The change in neon sign is relatively monotonous, the advertising content cannot be sent or replaced in real time, and the function is not used properly. Versatile applications LED pixel dot lights can be used not only for dot-matrix display screens, but also for the contours of buildings such as houses and bridges in urban lighting projects, and for interior decoration lighting projects in hotels and recreational facilities such as hotels.

One LED dot light source is a pixel, and multiple point light sources can organize a image. System control allows you to display colorful light images instead of display screen features. At the same time, you can travel long distances between multiple buildings and shapes.In addition, it can be synchronized and cascaded remotely between multiple buildings and various shapes. Multiple dot light images work together can display a very novel and pretty light show. As a result, Suntech LED Point Light Products are widely used in the production of large area building apex array screens, building facade wall lighting, building contours such as buildings and bridges, and park lighting. Rivers, open spaces, etc.

What are the advantages of LED pixel dot light?

The led pixel dot light is a highly efficient light source that does not need to be filled with mercury, which can effectively reduce energy consumption and reduce the emission of polluting gases into the atmosphere.

The LED pixel dot light can be driven by low-voltage DC, and the general power supply voltage is between 5~24V, so it has better safety performance and is suitable for use in public places.

The basic structure of a pixel dot light is a sheet of electroluminescent semiconductor material that is placed on a leaded shelf and sealed with epoxy. There is no glass envelope in the structure, and there is no need to evacuate or inject specific gases into the tube like incandescent or fluorescent lamps. Therefore, the point light source has good shock resistance and impact resistance, which brings convenience to its production, transportation and use.

The LED pixel dot light can realize the luminescence and discoloration of various colors in the visible light band by changing the current, chemical modification, and monochromatic light mixing.

The pixel dot light adopts DC power supply, and the light is stable and does not flicker. The spectrum is mainly concentrated in the visible light region, and there is basically no interference from ultraviolet or infrared radiation, which avoids the adverse effects of the stroboscopic effect and improves the comfort of the human eye.

According to the light-emitting principle of a point light source, the light-emitting brightness or output luminous flux of the LED basically changes positively with the current. And its working current can be large or small within the rated range, and has good adjustability, which lays the foundation for the point light source to achieve on-demand lighting and stepless brightness control.

The led pixel dot light source can be connected to a computer system and can transmit various information content in real time, such as timely and effective replacement of relevant advertising video and audio.

How to distinguish between LED spotlight and LED flood light?

Do you know the advantages of the wall washer?

The matrix screen composed of pixel dot lights also has a good visual effect when viewed from a distance, which can meet the visual needs of large-scale advertising and is widely used in outdoor advertising, parks, squares, hotels, hotels, KTV and other large background signs and Lighting places such as interior decoration lighting engineering.

Outline the building: It is especially suitable for the outline of non-linear outlines. It makes full use of the characteristics that the center distance can be adjusted arbitrarily and the lines can be bent arbitrarily.

Vertically installed 100mm point light source on both sides of stairs and plank road, integrating functional lighting and lighting concepts into one. Considering that the point light source is a self-illuminating source, effects such as transparent, semi-transparent, and frosted can be set according to environmental requirements, and the purpose of anti-glare can also be achieved by adding a light mixing cover. 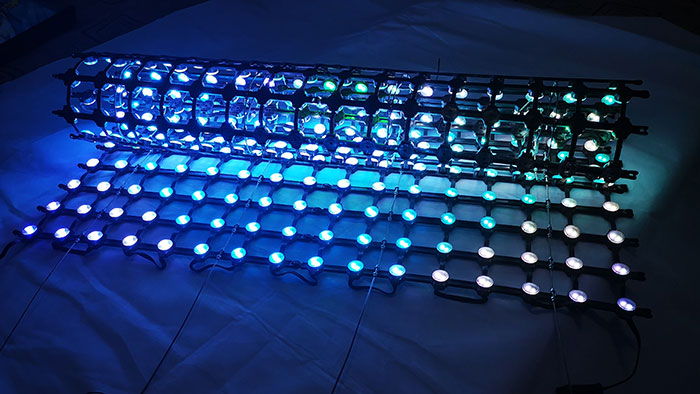 1) Outline the buildings, viaducts and bridges.

4) Decoration and lighting of amusement facilities such as a ferris wheel;

9) Shape decoration and lighting on top of the building;

10) Outline of text and image lines;