How to distinguish between LED spotlight and LED flood light?

1. What is LED spotlight?

LED spotlights are also known as projection lights. They are generally used to decorate and illuminate buildings and to illuminate commercial spaces, mainly for decoration. The shape of the lamp can be round or square, as shown in the picture below. Because floodlights and spotlights usually have high power and require heat dissipation treatment, the external light of lamps is different from that of traditional floodlights. 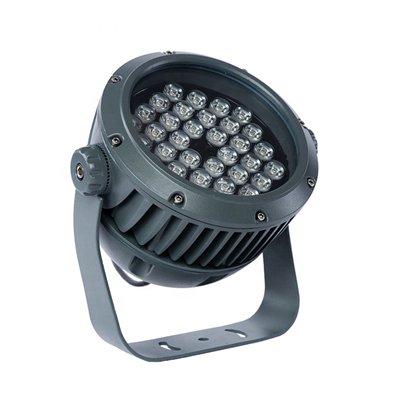 2. What is LED flood light?

An LED floodlight is a point light source that illuminates the surroundings with uniform light. In application scenarios, it can be represented by a regular octahedron icon, and its lighting range can be adjusted arbitrarily. Floodlight is a light source widely used in renderings. Standard floodlights can illuminate the entire scene. You can apply multiple floodlights to the scene for better results. 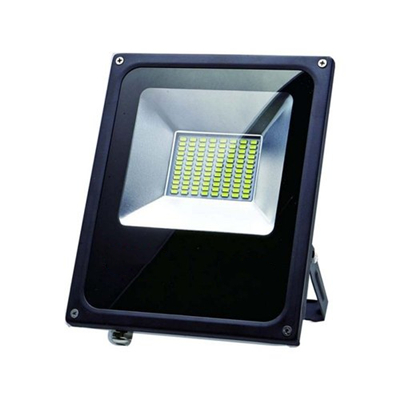 Floodlights could be placed outside the range of the camera or inside objects. The effect of long-distance illumination with floodlights of different colors is more common. Illuminating objects with these LED floodlights creates a variety of shadows. This light has other auxiliary uses as well. For example, placing a floodlight near an object will create a strong light on the surface of the object.

But pay attention in actual use, if the floodlight is used too much, the effect may not be as expected. Therefore, when making renderings, pay attention to the influence of lighting parameters and layout on the light perception of the entire rendering scene, accumulate more experience, and master lighting matching skills.

3. What is the difference between floodlights and spotlights? 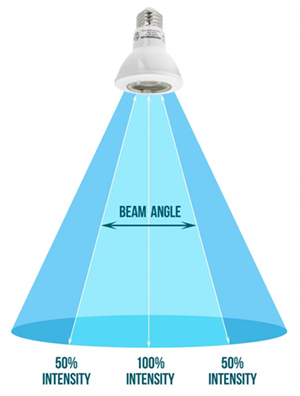 Before understanding the difference between floodlights and spotlights, you must know what a beam pattern is. The beam angle or pattern is a measure of the angle formed between the brightest point (center) of the light cone and the point on either side of the center where the light intensity is 50%.

Spotlights: LED spotlights will project a beam of light that exits on the narrower side (45 degrees or less). This beam spread is concentrated in a more specific area and is easier to point and control.

Floodlights: LED bulbs in this category produce large beams that cast 50 to 120 degrees of light. It can illuminate larger spaces with the same wattage and lumen output as a spotlight. 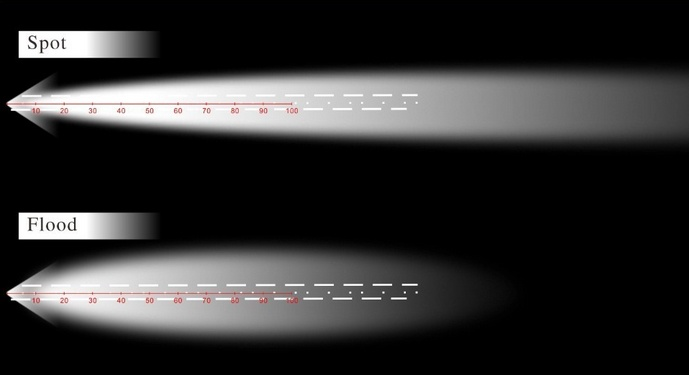 Many LED spotlights on the market use 1W LED lamp beads, and each LED element will have a high-efficiency lens made of PMMA. The main function of this lens is to redistribute the light emitted by the LED, which is two secondary optical elements. Some companies use 3W or higher power LEDs because of their better cooling technology. These high power spotlights are more suitable for large occasions and large architectural surfaces.

6.Choose a LED Floodlight or a spotlight?

LED spotlights are used when you want to highlight a specific point or detail, such as artwork in a museum, features in a landscape, or objects on display.

If your project needs to illuminate a large space with evenly distributed light, LED floodlights are a good choice. Floodlights are mainly used in parking lots, warehouses, driveways and other places.

How to measure coverage area?

While it's helpful to have a general idea of what settings you can use with spotlights or floodlights, being able to measure the coverage of each light in feet can make your lighting projects go much more smoothly.

Check out the formula below:

For example, if you want to cover a 20-foot area with 90-degree floodlights:

Whether you are looking for an LED light supplier or need a custom light, Suntech LED can help. You are welcome to contact us anytime!

2.What is a floodlight? What are the features and applications of LED flood lights?

4.What are the differences between LED wall washer and LED linear light?