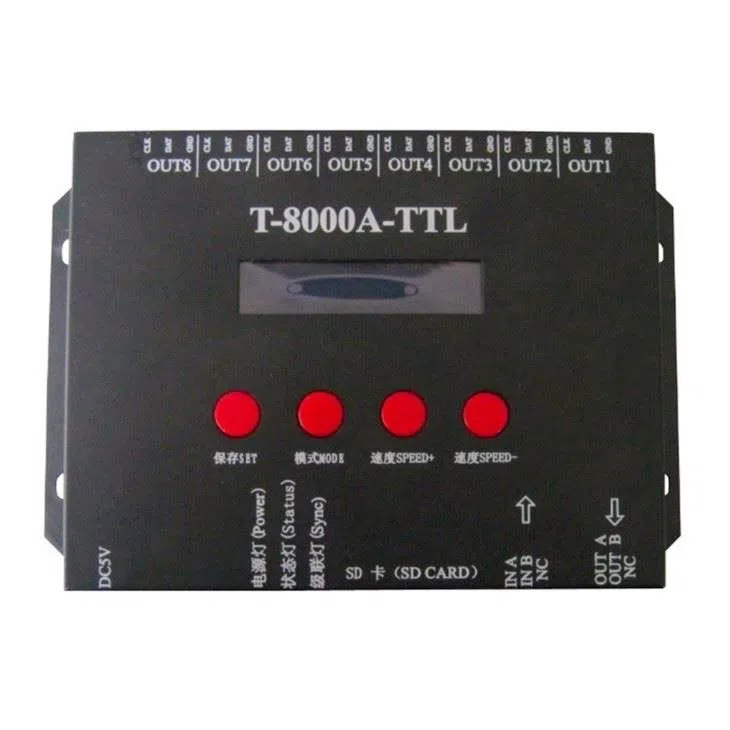 What is DMX512 protocol

The DMX512 control protocol stipulates that data is sent in the format of a data packet, and each data packet contains several data frames. The format of the data frame is shown in the figure below:

The DMX512 protocol stipulates that data packets must be transmitted in accordance with the specified format and transmission baud rate. The format of a complete DMX512 data packet consists of an MTBP (Mark Time Between Packages) signal, a BREAK signal, a MAB (Mark After Break) signal and an SC (Start Code) signal, and other data frame.

(3) LCD status display: The LCD part is mainly to provide a friendly operation interface through which the user can see which effect file is currently being demonstrated, the basic information of the effect file, and the refresh rate of the current demonstration file.