The working principle and application of RGB Light Strip

Since Thomas Edison introduced the light bulb to the world, people's lives have changed a lot. We have gone from using the basic version of light bulbs for lighting, and further developed them into complex tools that not only can illuminate our house, but also become an ornament that can change various colors. RGB light strip is an innovative one. As LED strips become more and more popular, you may have encountered RGB strips. Did you know that these strip lights can change color? So how does RGB LED work? Where are they used? This article will tell you the answer, let's take a look!

HOW IS RGB LED IMAGED?

Before introducing the working principle of RGB, I first explain how RGB is imaged. The imaging principle of RGB LED: RGB LEDs are integrated based on the three primary colors. In addition, there are blue LEDs using yellow phosphors and UV LEDs using RGB phosphors. In general, both have their imaging principles, but the attenuation problem is related to the impact of ultraviolet light on the human body, and it is difficult to solve it in the short term. Therefore, although both can meet the needs of white light, they have different effects. The white light produced by the mixture of three colors of red, green, and blue is RGB LED. LED is a long-lasting, energy-saving, cold-state light source. It will illuminate our world for a long time. The RGB lighting is one of the innovative technologies, and its use trend is rising from lighting to decoration in life.

An RGB LED is a combination of 3 LEDs in just one package:

By combining these three colors, you can produce almost any color. The RGB LED is shown in the figure below: 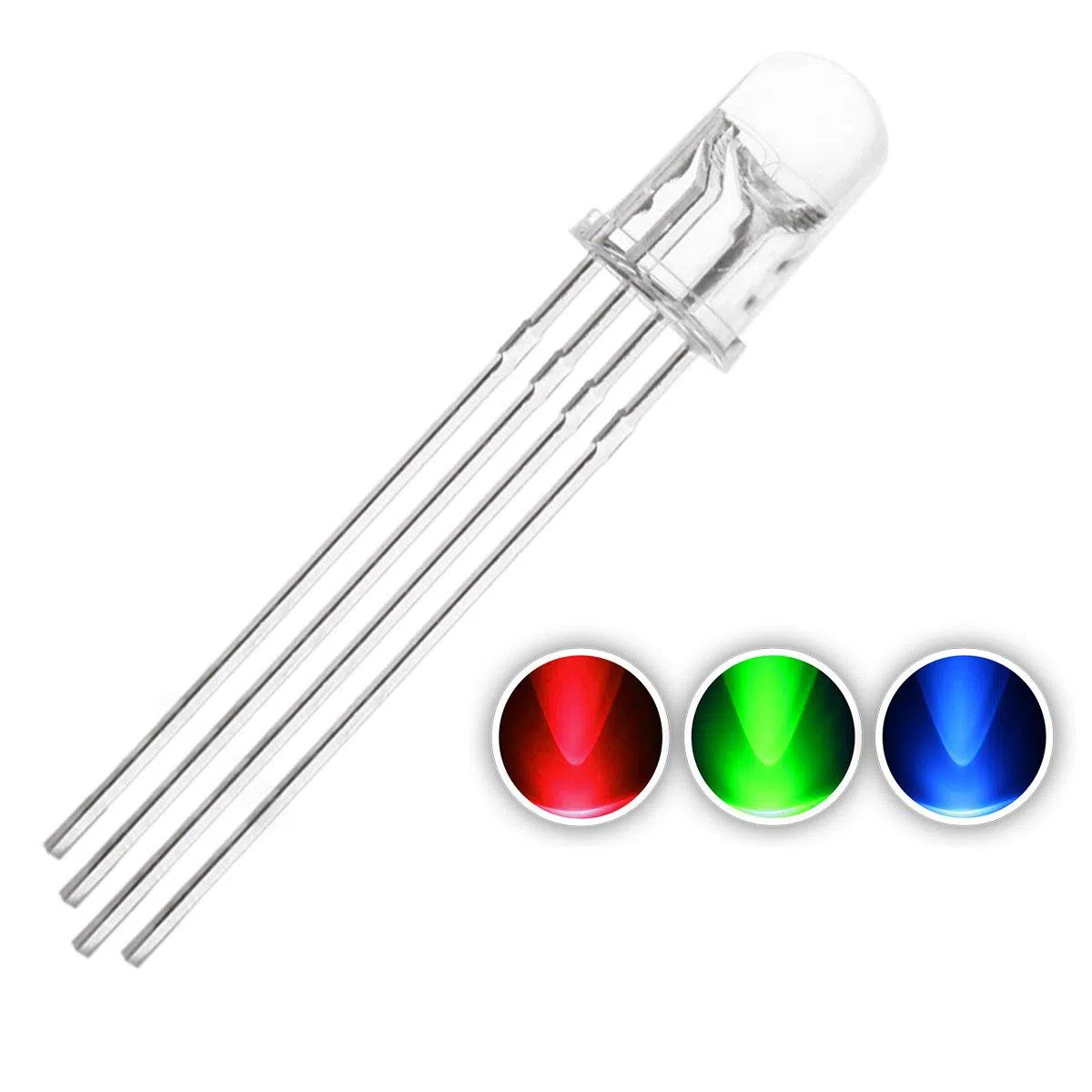 Each RGB LED has three LEDs inside, Blue, Green, and Red. They can respectively emit three colors of monochromatic light. How to create different colors? With RGB LEDs, you can of course produce red, green, and blue light, and by configuring the intensity of each LED, you can also produce other colors. The working principle of LED is very simple, each color can produce amazing 256 shades of the specified color, and then combining them together, can generate 16.7 million different colors, the total count is 256 x 256 x 256 = 16,777,216. LED technology uses strip-shaped diodes that can emit large amounts of light with low energy consumption. In the LED field, three-in-one dot-array full-color technology is used, that is, full-color pixel lights are composed of RGB three-color chips in a light-emitting unit. As this technology continues to mature, LED display technology will bring people a richer and more true color experience. Please take a look at the image below. This is the simplest color mixing chart, which allows you to understand how it produces different colors. 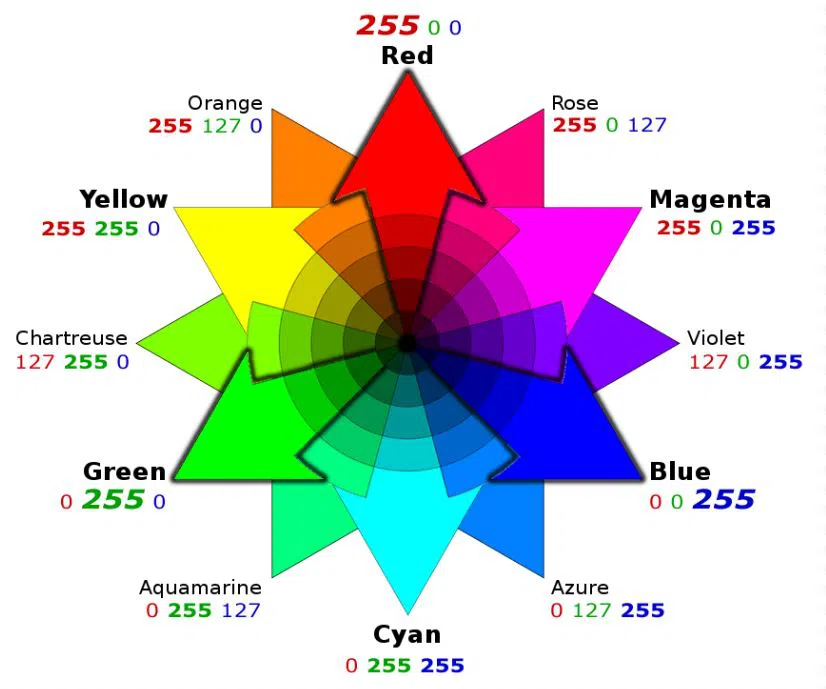 HOW TO USE RGB LED STRIP LIGHTS?

RGB LED strips can be used almost anywhere, whether you want them to be used indoors in the lounge or bedroom, or to illuminate your garden or terrace area outdoors, you can create a pleasant atmosphere and immerse yourself in creativity. The simple RGB LED strip used at home is plug-and-play, while some complex ones require a microcontroller (such as Arduino) for regulation. The following are some of the main applications.

At home, RGB LED strip lights can be used for accent lighting. They can be cleverly placed under the object to get rid of the projected light and add beauty to the house. Wall decoration, where you can use strip lights to write names and set them to flash continuously, which might come in handy at birthday parties. Or place a few RGB strips along the perimeter of the balcony, and you can see different scenes when you turn on the switch at night. The biggest reason they are most suitable for home use is that they require low power to work; you hardly feel your electricity bill has increased.

Discos and bars have been using a variety of colored digital lights to increase the fun. RGB light strips have further changed the entertainment pattern by providing more entertainment options for entertainment venues such as song and dance halls, and the lighting effects have also added a bit of atmosphere to this. Artists performing live performances now also use T-shirt light strips, not only for stage decoration, but also incorporate them into their costumes, highlighting the performer's image on the stage.

Shops, restaurants, and hotels are inseparable from RGB LED lighting, it is like the blood and heart of advertising. Potential customers will be attracted to a certain store based on their favorite colors, which is the best way to attract customers' attention. They are placed on doors, windows, signs and walls. Most products used in commercial organizations use bright colors and gorgeous displays. RGB LED strip can also be perfectly combined with accent lighting to create a perfect environment for customers. 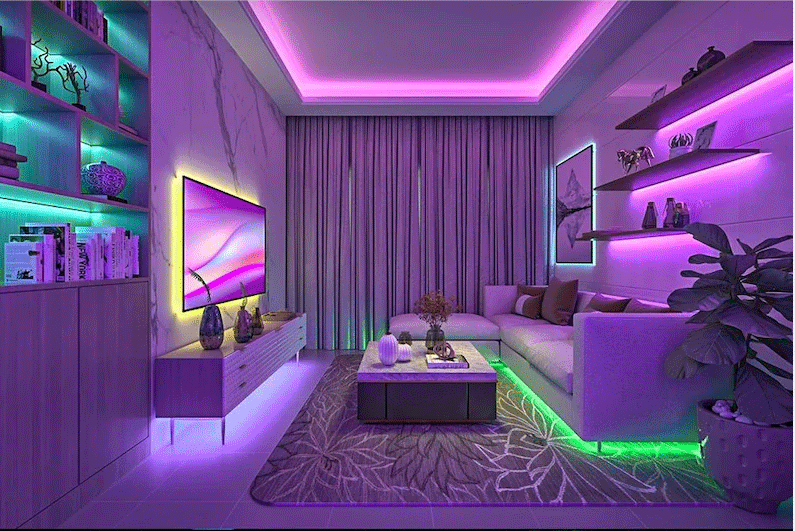 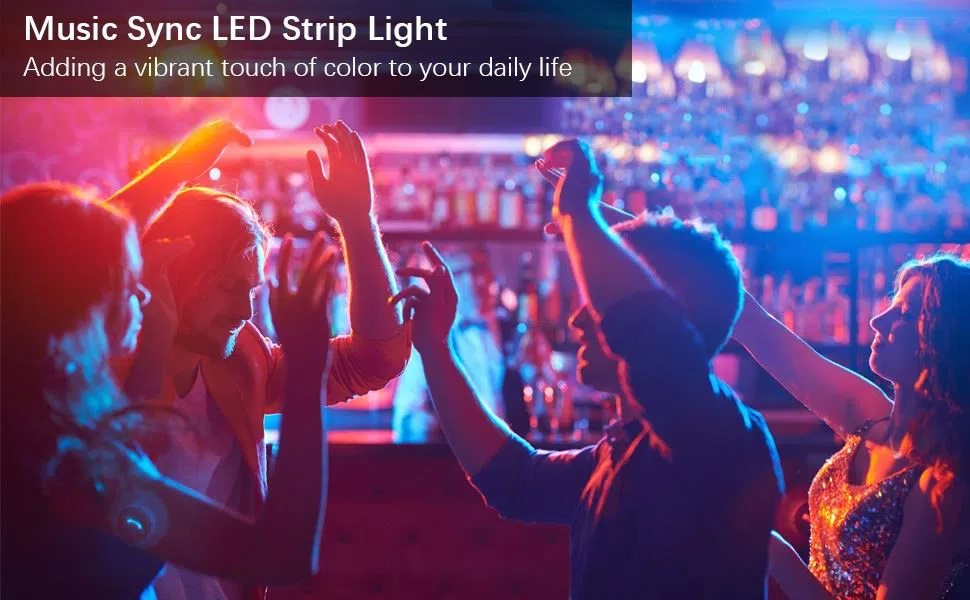 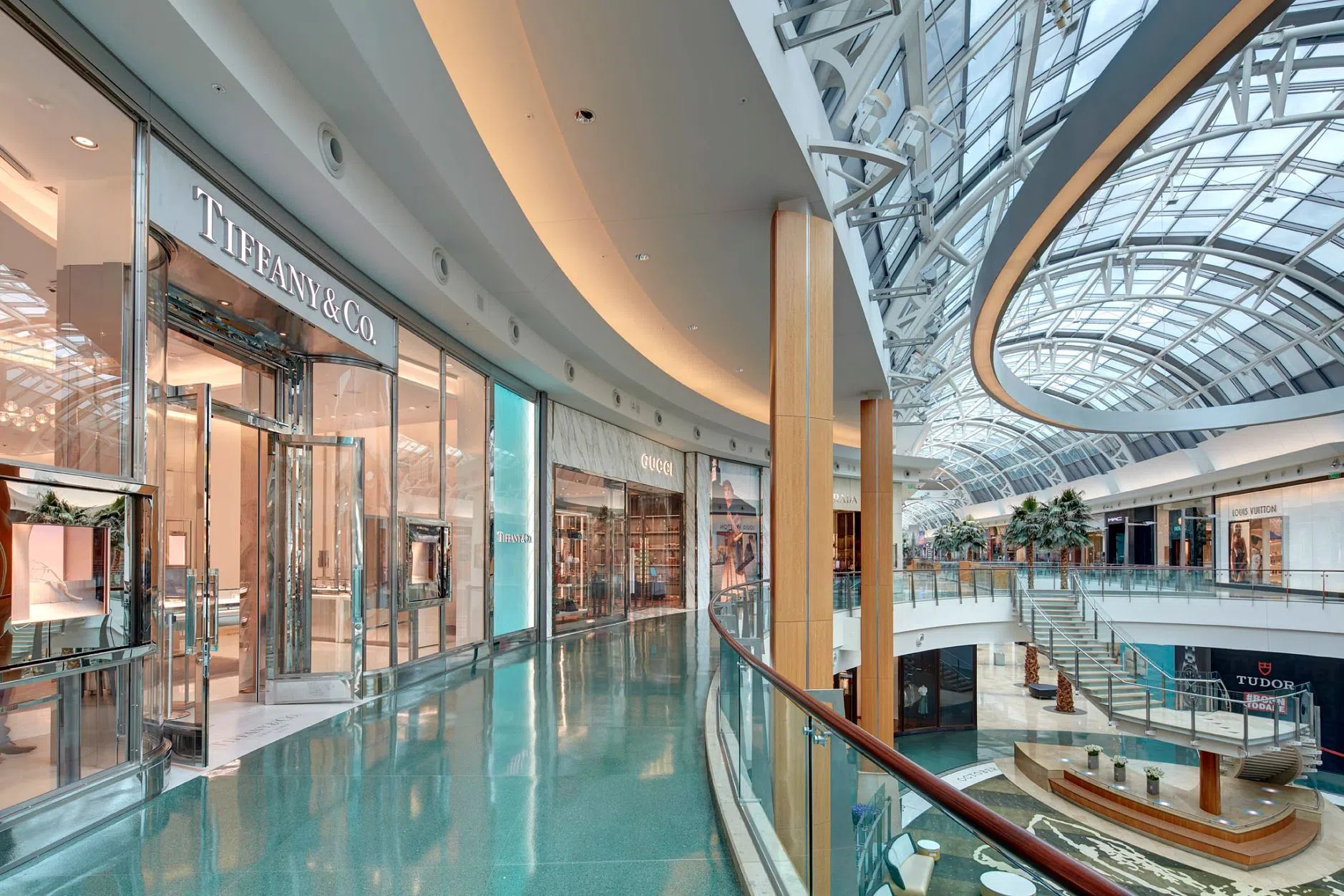 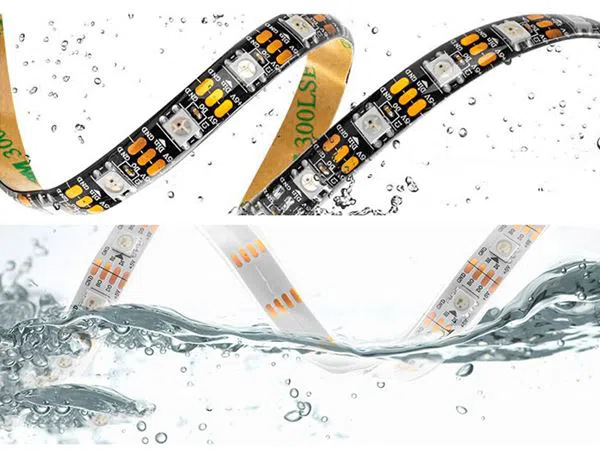 How to choose the waterproof level when buying LED lights? 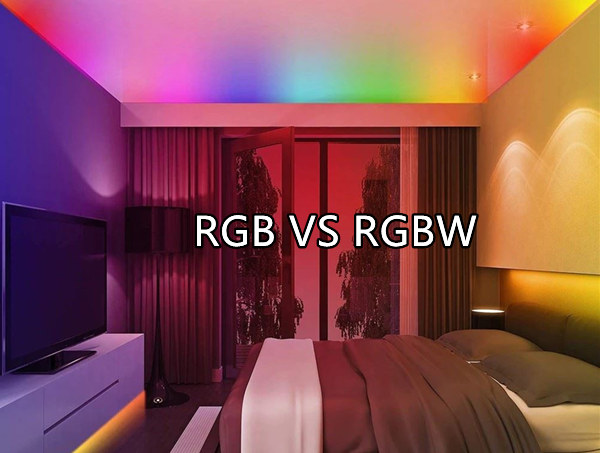 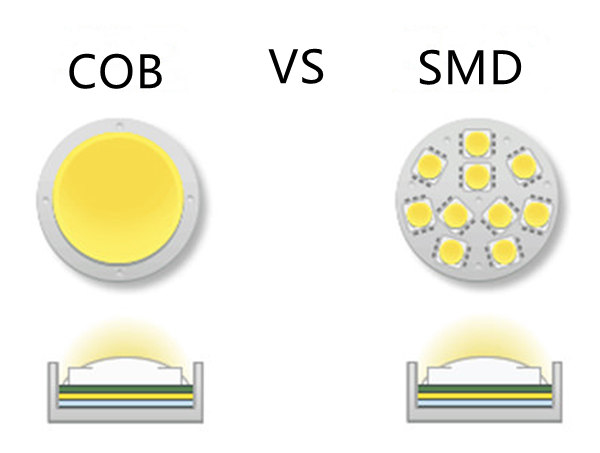 What is the difference between SMD and COB LED lights?