What is RGB LED Light?

In our lives, we always hear the term RGB. For example, when we watch TV, cameras, and computers, colorful patterns appear. This is the visual effect that RGB brings to us. You want to know what RGB stands for, what is its purpose, or when it comes to computers, gadgets, or monitors, why do you often hear about RGB? Through this article, we can learn more about RGB. 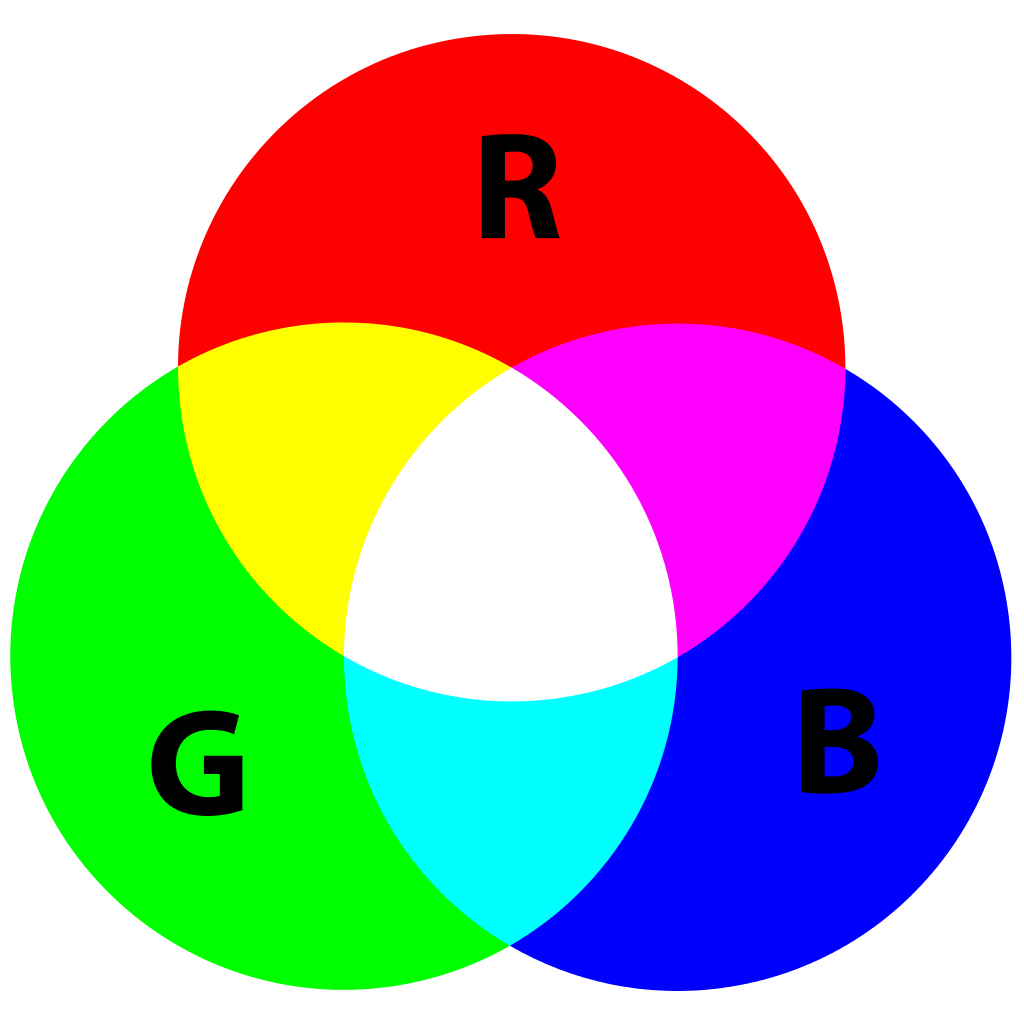 RGB refers to R-red, G-green, and B-blue. These are the three primary colors of the additive color system,the RGB color model is a color standard in the industry. In other words, to get other colors, we need to mix the main red, green and blue. You may ask, why are the three colors red, green, and blue? The answer is that red, green, and blue are three primary colors. You can combine them in different amounts so that the eyes can see other colors in the visible spectrum. This standard almost includes human vision. All colors that can be perceived are one of the most widely used color systems. In terms of lighting, we encountered RGB for colored lighting. RGB lighting enables you to create millions of different colors of light, all of which are based on these three primary colors.

All colors start with black, and each of the three color channels of red, green and blue is divided into 256 levels of brightness, and then red, green, and blue are superimposed to make it brighter, thereby creating a perfect color. When red, green, and blue light are mixed together at the same intensity, they will produce pure white. When their light is superimposed on each other, the colors will be mixed, but the brightness is equal to the sum of the brightness of the two. The more mixing, the higher the brightness, that is, additive mixing. The designer can control the saturation, vividness and shadow of the color by modifying any of the three source colors. Because it is presented digitally, designers can manipulate how the light on the screen behaves to create the various colors they want.

RGB is designed based on the principle of color luminescence. Popularly speaking, its color mixing method is like three lights of red, green and blue. When their lights overlap each other, the colors are mixed, but the brightness is equal to The sum of the brightness of the two, the more mixed, the higher the brightness, that is, additive mixing.

What is an RGB LED?

The imaging principle of RGB LED: RGB lamps are integrated based on the three primary colors. In addition, there are blue LEDs using yellow phosphors and UV LEDs using RGB phosphors. In general, both have their imaging principles, but the attenuation problem is related to the impact of ultraviolet rays on the human body, and it is difficult to solve it in the short term. Therefore, although both can meet the needs of white light, they have different effects. The white light produced by the mixture of three colors of red, green and blue is RGB LED. LED is a long-lasting, energy-saving, cold-state light source. It will illuminate our world for a long time. The RGB lighting is one of the technologies, and its use trend is rising from lighting to various applications in life.

How does RGB LED work: On each color scale, you can choose 256 color levels or shades. Three primary colors-RGB, each with 256 different tones, and then combining them together, can generate 16.7 million different colors, the total count is 255 x 255 x 255 = 16,581,375. LED technology uses strip-shaped diodes that can emit large amounts of light with low energy consumption. RGB LED bulbs use red, green, and blue diodes, which can produce a variety of different colors by mixing different intensities. The working principle of the RGB LED controller is much simpler. They change the power of each of the three channels (red, green, and blue) to create a specific color mixture. For example, to generate purple, the red and blue channels will be turned on, and the green channel will be turned off completely. The mixing blue and red light will give you the purple color you are looking for. This method is not as accurate as DMX, but considering the cost, it is sufficient for most residential and commercial applications and can achieve the desired color. In the LED field, three-in-one dot-array full-color technology is used, that is, full-color pixels are composed of RGB three-color chips in a light-emitting unit. As this technology continues to mature, LED display technology will bring people a richer and more true color experience. 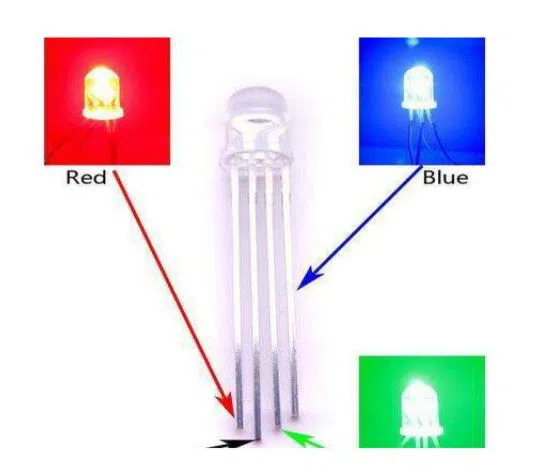 Color mixing for LED and lighting: Color mixing of LED lighting: RGB LED is an LED module that can produce almost any color using these three main additive colors (red, green, and blue). The simplest RGB LED version combines 3 independent light-emitting diodes in a package and is mounted under a transparent protective lens. The end of this LED strip usually has a standard 4-pin connector (technically called a C4P connector), one for each of the three color diodes, and a common anode (+) or cathode (-), which can be plugged into an RGB LED controller.

The structure of RGB LED is that it is a 4-terminal LED that contains 3 colors of LEDs in one chip. The other terminal represents the type of LED. As we can see from the figure, the second longest terminal on the left side of the LED represents the cathode or anode. Because LED is a semiconductor diode. It should be noted that in this LED, the order of these terminals should not be changed. The order of the terminals should start from the left, namely red, cathode or anode, green and blue.The structure diagram of the common cathode and common anode RGB LED is as follows: 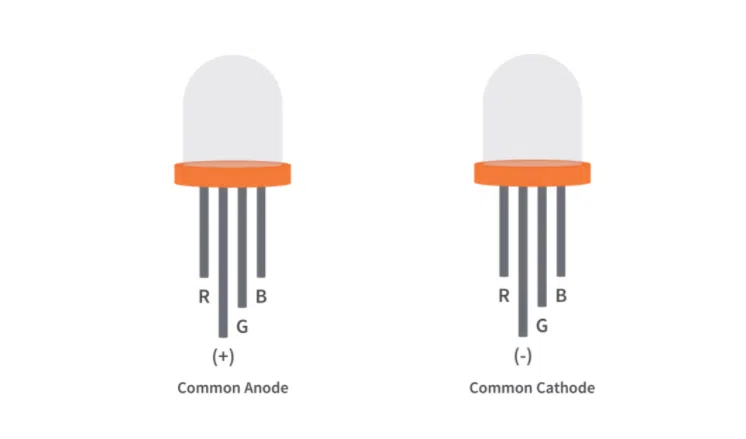 RGB is obviously more diverse than white LEDs in the application. For example, when a certain brand of light is needed for car lights, traffic signs, shop windows, etc., the color mixing of RGB can be suitable. On the other hand, if RGB LED lights are used in lighting, their effectiveness is obviously weaker than white light, because they mainly depend on the luminous flux, life, and pure color of white light when used in lighting. At present, RGB LED lights are mainly used in decorative lights.

What is the difference between the RGB and the RGBW LED lights?

The difference of the chip: The standard RGB LED strip, uses a three-in-one LED chip composed of red, green, and blue chips. Standard RGB LEDs can produce many different colors by mixing these three colors at a certain ratio. When these three colors are on at the same time, it looks almost white. RGB+W LED strips to use white chips and red, green, and blue chips. It is a 4 in 1 LED chip, or an RGB chip is used next to the white chip, so RGB+W LED is produced. In addition to the red, green, and blue LED chips, RGBW LED also has a white LED chip. Although the RGB LED produces a color close to white, it cannot produce a pure white tone, so it is not the true white tone. Additional white LED chips can obtain more real and brighter white light, and the intensity of white light becomes stronger.

Control difference: There is no big difference in the installation of RGB and RGBW. When using the correct controller, installing and operating the RGB system for the first time is not complicated. However, RGBW may be slightly more complicated in terms of control because it contains additional functions.

There are many RGB LED strip controllers on the market. Let's take a look at their types together:

RF controllers are usually used to control RGB LED strips, and their range can reach up to 20 meters. You can find some analog and digital RF controllers as well as wired and wireless controllers. We generally divide RF RGB LED controllers into two categories:

Single zone radio frequency controller: These RF controllers allow you to control all the RGB LED strips to which they are connected. However, you can only control all LED lights at the same time. You cannot independently change the colors or manage the brightness of different areas.

You can also connect multiple LED light bar receivers to a single channel on the remote control. This allows you to dim the lights in home offices and galleries with a single controller. This is also effective if you want to set different brightness in larger rooms such as hotel lobbies and restaurants.

The DMX controller provides you with unlimited options to control the lighting in your space. DMX controllers used to be big and bulky things, only used for theater lighting. However, today's DMX controllers can be smart touch screen panels, wall controllers, or even applications on mobile phones and computers. The type of DMX controller you need depends on the area you need to cover, your budget, and your preferences. The one DMX controller can manage up to 512 channels at the same time. 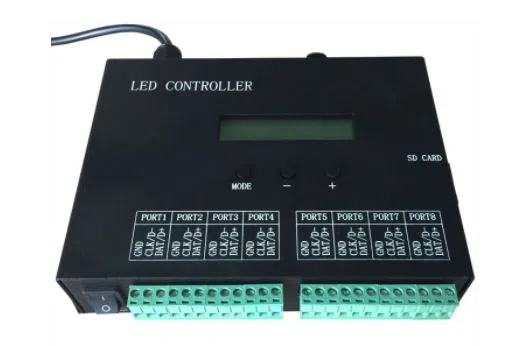 These controllers use the Digital Addressable Lighting Interface (DALI) dimming protocol to help you manage RGB LED strips. It is recommended to use these controllers in larger spaces such as office buildings or hotels. You can pre-program the lights to change the color, brightness, or turn them on and off. If you pursue a consistent color style in your home, you can also learn how to repair leather sofas. For example, you can buy sofa covers of the same color to make the lighting create a softer atmosphere.

What is LED wall washer?

How to use UV disinfection and precautions？ 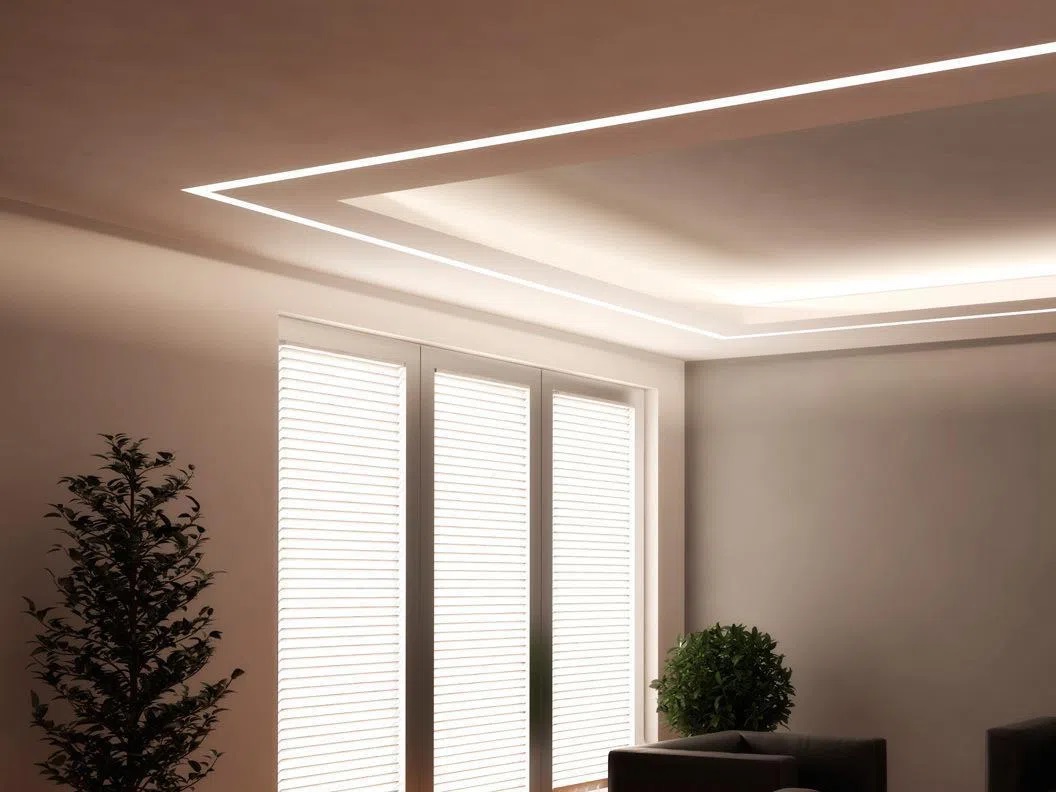 What is LED linear lighting?