As a linear lighting product, LED strips are widely used in the field of lighting. With the continuous update and iteration of lighting products, COB flexible strip has stood out in the huge lighting market by virtue of its own advantages.

What is COB LED strip?

The full name of COB is Chips on Board, which means that the LED chip is directly packaged on the PCB. The COB light strip is a light strip that encapsulates the chip on a flexible board. Chips are mostly flip-chips, LED chips are fixed on the PCB, and then the packaging glue doped with phosphor powder is dropped on the surface of the chip.

The light emitted by the chip undergoes refraction and reflection, and interacts with the phosphor in the encapsulation gel, so that the gel can evenly emit light of different colors and color temperatures. 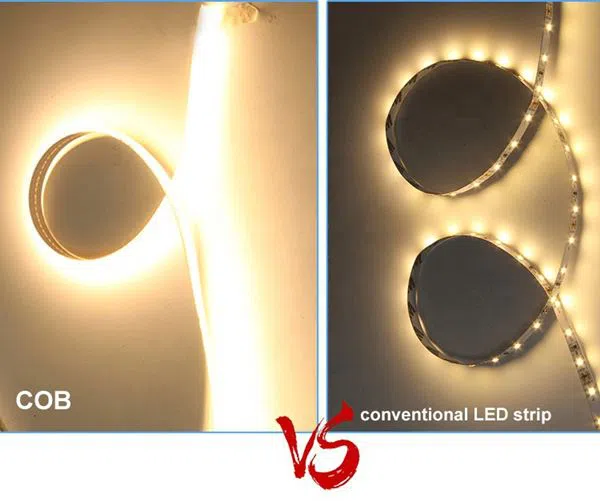 What is the difference between COB LED strip and regular LED chip strip?

(1) Due to the light-emitting surface of the COB LED light tape is linear colloid; while the regular LED chip light strip has a long distance between the lamp beads and the graininess is obvious. Therefore, the light emitted by the COB LED should be more uniform, linear, and free of light spots.

(2) Since the COB LED chip is directly attached to the PCB, the heat of the chip can be transferred to the PCB in a short time. Therefore, the COB strip's chip heat dissipation speed is faster than that of the regular LED light strip, the light attenuation is smaller, and the life span is longer.

What are the advantages of COB LED strip?

Uniform lighting is the focus of indoor environment, outdoor area and road lighting design. Good lighting should ensure that the lumens incident on the work area are evenly distributed.

As the eyes need to adapt to the differences between surfaces with different brightness, the extreme brightness differences caused by uneven lighting may cause visual fatigue, especially on outdoor roads. The transition from brightly illuminated areas to dark places will cause the transition of visual acuity Loss, which has a great potential safety hazard in vehicle traffic.

The LED chips of the COB strip are closely arranged, and the emitted light is more uniform than conventional LED lights. Multiple COB chip light sources are surface-emitting, with soft light output and diversified optical designs, which effectively control the color difference of the light and dark areas of the lamp.

In addition to more uniform light, the light energy of COB LEDs is also more concentrated. COB LEDs are designed to gather LED light-emitting chips into a smaller space, so they provide focused and very dense light.

Due to the new technology, COB LED saves space. For many customers, this is an extremely attractive quality. COB LED and SMD may have the same lumens, but the size of COB will be smaller, there are 2mm, 3mm, 4mm ultrathin COB LED strips. 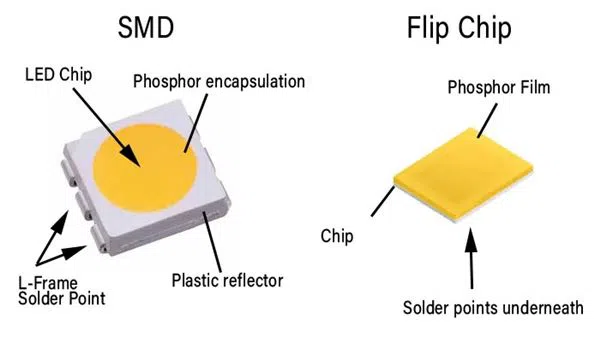 Because of its simple design, COB LED contains fewer components. Inside the COB strip, the heat sink points to the circuit board, the substrate and the materials used in the heat sink assembly, all of which improve the heat dissipation efficiency of the COB LED.

Due to the smaller size of the diodes and uniform weight distribution, COB light strips are much better than other SMD LED flexible light strips. Greater flexibility will make it easier for them to adapt to narrow areas and turn flexibly when you use them.

The COB LED tapes have a wider beam angle, and the light-emitting angle of the COB LED can reach 180°.

The conventional SMD LED strip has a beam angle of only 120º. Even with a high density of 700 LEDs/m, the bright spots can still be clearly seen. 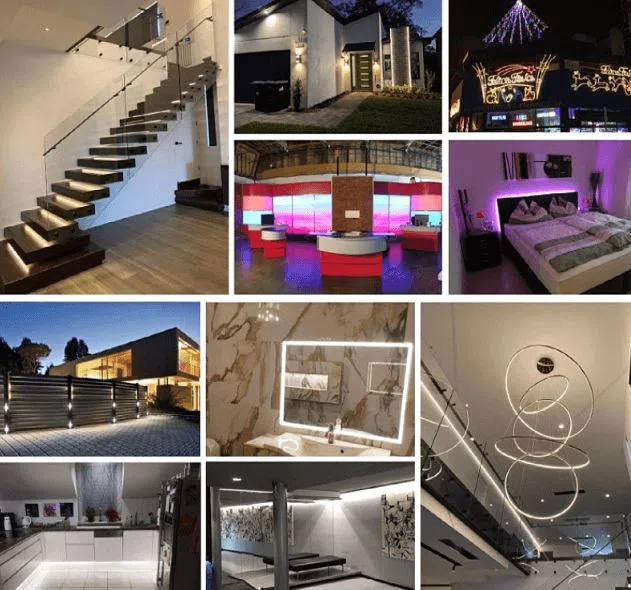 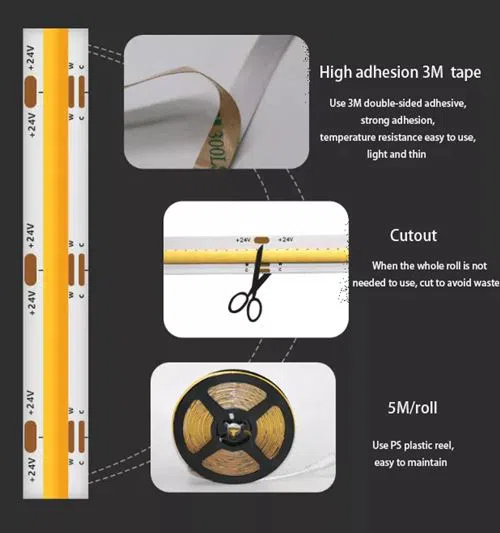 How to install COB LED strip?

(1) The COB packaging gel is directly exposed to the outside and is relatively soft. Avoid touching sharp objects during installation;

(3) During the installation process of the COB light strip, try to install it in place at one time, and don't repeatedly tear and stick it. Excessive tearing action may cause the necrosis of the COB lamp strip chip.

（6）Place the light strips correctly. Most of the COB LED strips are packaged in coils. The newly opened light strips will be twisted and difficult to install, so they need to be arranged and leveled first. Because the COB light strip emits light on one side, uneven brightness will appear if it is placed unevenly, especially when it is used in the corner.

If you have any other questions or further requirements, welcome to contact us. We will be glad to help you with any problems.

How to install LED strip？

How to choose a suitable power supply for LED strips?

What you should know before buying COB light？