LED encapsulation technology is mostly developed and evolved on the basis of discrete device packaging technology, but it has great particularities. Generally, the die of the discrete device is sealed in the package, and the function of the package is mainly to protect the die and complete electrical interconnection. The LED encapsulation is to complete the output of electrical signals, protect the normal operation of the die, and output visible light. It has both electrical parameters and design and technical requirements for optical parameters. It is impossible to simply use discrete device packaging for LEDs.

The core light-emitting part of the LED is a pn junction die composed of p-type and n-type semiconductors. When the minority carriers injected into the pn junction recombine with the majority carriers, it will emit visible light, ultraviolet light or near-infrared light. However, the photons emitted by the pn junction region are non-directional, that is, they have the same probability of being emitted in all directions. Therefore, not all the light generated by the die can be released, which mainly depends on the quality of the semiconductor material, the structure and geometry of the die, the internal structure of the package and the encapsulating material, and the application requires improving the internal and external quantum efficiency of the LED.

The regular Φ5mm type LED package is to bond or sinter a square die with a side length of 0.25mm on the lead frame. The positive electrode of the die is connected to the gold wire through the spherical contact point, and the inner lead is connected to a pin, and the negative electrode is connected to the other pin of the lead frame through the reflector cup, and then the top is encapsulated with epoxy resin. The function of the reflector cup is to collect the light emitted from the side and interface of the die and emit it in the desired direction and angle.

The epoxy resin encapsulated on the top has several functions: protect the die from external corrosion; use different shapes and materials (doped or not doped with dispersing agent) to function as a lens or a diffuser lens to control light divergence angle. The epoxy resin used to form the tube shell must have moisture resistance, insulation, mechanical strength, high refractive index and transmittance to the light emitted by the tube core. When packaging materials with different refractive indices are selected, the packaging geometry has different effects on the photon escape efficiency. The angular distribution of luminous intensity is also related to the die structure, light output mode, and the material and shape of the packaging lens. If a sharp resin lens is used, the light can be concentrated to the axis of the LED, and the corresponding viewing angle is smaller; if the top resin lens is round or flat, the corresponding viewing angle will increase.

Normally, the light-emitting wavelength of the LED varies with temperature from 0.2 to 0.3nm/℃, and the spectral width increases accordingly, which affects the vividness of the color. In addition, when the forward current flows through the pn junction, the exothermic loss causes a temperature rise in the junction area. Around room temperature, for every 1°C increase in temperature, the luminous intensity of the LED will correspondingly decrease by about 1%. It is very important to maintain the color purity and luminous intensity during the package heat dissipation. In the past, the method of reducing the driving current and lowering the junction temperature was often used. The driving current of most LEDs is limited to about 20mA. However, the light output of the LED will increase with the increase of the current. At present, the driving current of many power LEDs can reach 70mA, 100mA or even 1A. It is necessary to improve the packaging structure, a new LED packaging design concept and a low thermal resistance packaging structure and technology.

LED pin-type packages use lead frames as the pins of various package appearances. It is the first package structure to be successfully developed and put on the market. There are many varieties and high technology maturity. The internal structure and reflective layer of the package are still being improved. Standard LED is considered by most customers to be the most convenient and economical solution in the display industry. A typical traditional LED is placed in a package that can withstand 0.1W input power, and 90% of its heat is generated by the negative lead frame. How to reduce the temperature rise of the pn junction during operation is the packaging and application must consider. The encapsulation material is mostly high temperature curing epoxy resin, which has excellent light performance, good process adaptability, and high product reliability. It can be made into colored transparent or colorless transparent and colored scattering or colorless scattering lens package, different lens shapes Constitute a variety of shapes and sizes.

The light-emitting mechanism of the semiconductor pn junction determines that it is impossible for an LED to produce white light with a continuous spectrum. At the same time, a single LED cannot produce more than two kinds of high-brightness monochromatic lights. It can only be packaged with fluorescent materials, blue or ultraviolet LED dies. It is coated with fluorescent powder to indirectly generate a broadband spectrum and synthesize white light. Or, several (two or three, multiple) dies emitting different colors are encapsulated in a component housing, and a white light LED is formed through the mixing of colors. 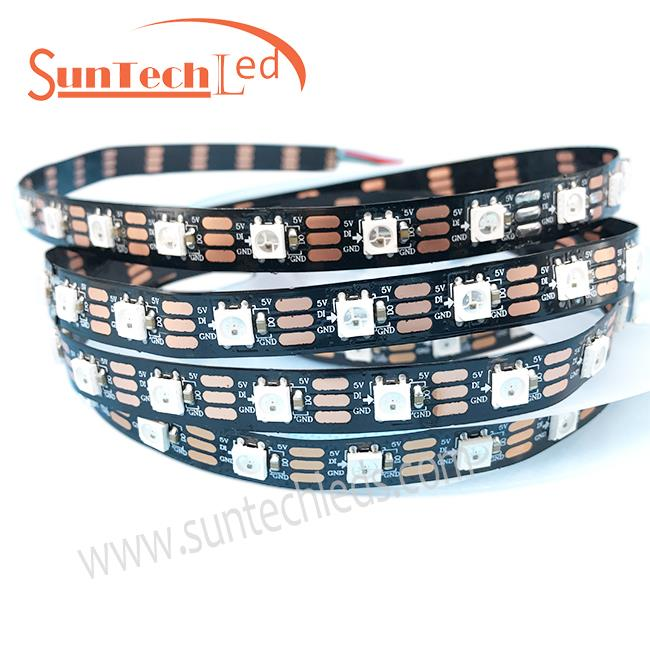 In 2002, surface-mount packaged LEDs (SMD LEDs) were gradually accepted by the market and gained a certain market share. The shift from lead-type packaging to SMD conformed to the general trend of the development of the entire electronics industry, and many manufacturers launched such products. In recent years, SMD LED has become a hot spot for development. It has solved the problems of brightness, viewing angle, flatness, reliability, consistency and so on. It adopts lighter PCB board and reflective layer materials, and displays the ring that needs to be filled in the reflective layer. Oxygen resin is less, and the heavier carbon steel material pins are removed. By reducing the size and reducing the weight, the weight of the product can be easily reduced by half, and the application will be more perfect. It is especially suitable for indoor and semi-outdoor full-color displays. application.

The pad is an important channel for heat dissipation. Generally, SMD LEDs are based on 4.0×4.0mm pads. Reflow soldering can be used to design the pads and pins to be equal. Ultra-high-brightness LED products can be packaged in PLCC (plastic package with lead chip carrier)-2, with an overall size of 3.0×2.8mm. The high-brightness die is assembled through a unique method. The thermal resistance of the product is 400K/W. CECC welding, its luminous intensity reaches 1250mcd under 50mA driving current. The PLCC package avoids the manual insertion and pin alignment procedures required by the seven-segment digital display of pins, and meets the production requirements of automatic pick-and-place equipment. The application design space is flexible, and the display is bright and clear. 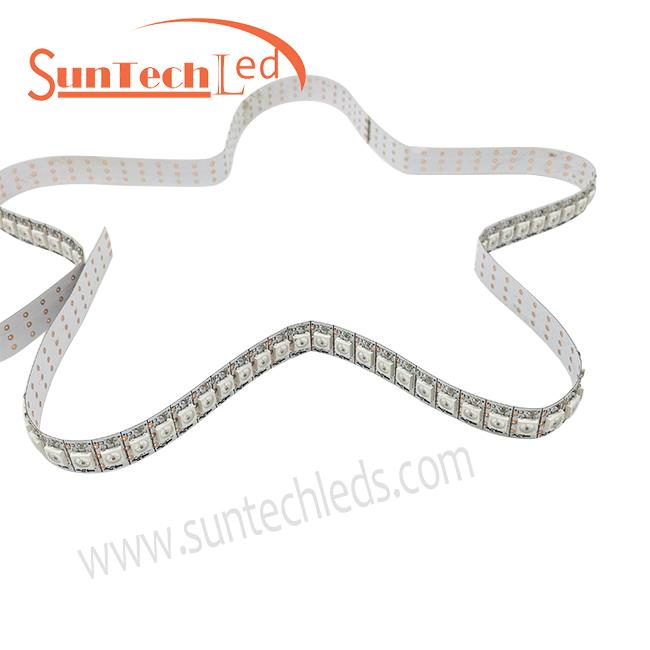 LED chips and packaging are developing towards high-power, producing luminous flux 10-20 times larger than that of Φ5mm LEDs under high currents. Effective heat dissipation and non-degrading packaging materials must be used to solve the problem of light decay.

Therefore, the tube case and packaging are also key technologies, and LED packaging that can withstand several watts of power has appeared.

Luxeon series power LEDs are flip chip soldering of A1GalnN power flip chip die on a silicon carrier with solder bumps, and then put the silicon carrier that has been flip chip soldered into the heat sink and case, and then bond the wires for packaging. This kind of package is the best for light extraction efficiency, heat dissipation performance, and design of increasing working current density. Its main features: low thermal resistance, generally only 14℃/W, only 1/10 of that of conventional LEDs; high reliability, filled with stable flexible gel inside the package, in the range of -40-120℃, it will not be The internal stress generated by the sudden temperature change causes the gold wire to be disconnected from the lead frame, and prevents the epoxy lens from turning yellow, and the lead frame will not be stained by oxidation; the best design of the reflector cup and lens makes the radiation pattern controllable and The optical efficiency is the highest. In addition, its excellent performance such as output light power and external quantum efficiency has developed the LED solid-state light source to a new level.

The thermal characteristics of power LEDs directly affect the operating temperature, luminous efficiency, luminous wavelength, and service life of the LED. Therefore, the packaging design and manufacturing technology of power LED chips are even more important.