LED lighting technology is in a stage of rapid development, and the luminous efficiency continues to improve. The luminous flux output by a single LED package device is doubled every two years. Since the 1980s, the use of surface mount devices in LED production has been gradually promoted. This technology has been further strengthened in the 1990s. The original SMD LEDs were used as low-power devices for indicating equipment and mobile phone keyboards. Lighting, the high-power SMD LED developed later is used for automotive panel lighting, brake lights, and extended to ordinary lighting equipment. Due to SMD LED products are on the upstream chip side than other LED products, they have a lot of room for brightness improvement and cost reduction, and there is a greater market demand on the downstream application side, especially for LED lighting. Its application potential is greater. Therefore, it has great market development potential.

From a global perspective, Chinese Taiwan’s packaging production occupies 60% of the world’s share. The major companies include Everlight, Lite-On, Guanglei, Baihong, Hongqi, etc. The division of labor in the upstream, middle and downstream industries is clear, and the supply and marketing of the industry chain is stable, especially for packaging. After manufacturing is transferred to the mainland, the production cost will be more competitive. It is expected that in the next 5 to 10 years, the Pearl River Delta, Yangtze River Delta, Fujian and other regions will become the world's LED packaging centers.

From the perspective of the Chinese mainland market, the domestic SMD LED market has been

The former is almost completely occupied by suppliers from the United States, Japan, South Korea and Taiwan. Although foreign manufacturers still occupy most of the market share at present, since the SMD LED products of several leading companies were put into production in 2000, Chinese local suppliers have grown rapidly. At present, the industry has 20 to 30 suppliers, most of which are concentrated in Shenzhen, Dongguan, Guangzhou and Foshan in Guangdong, and a few are located in Jiangsu, Zhejiang and Fujian. 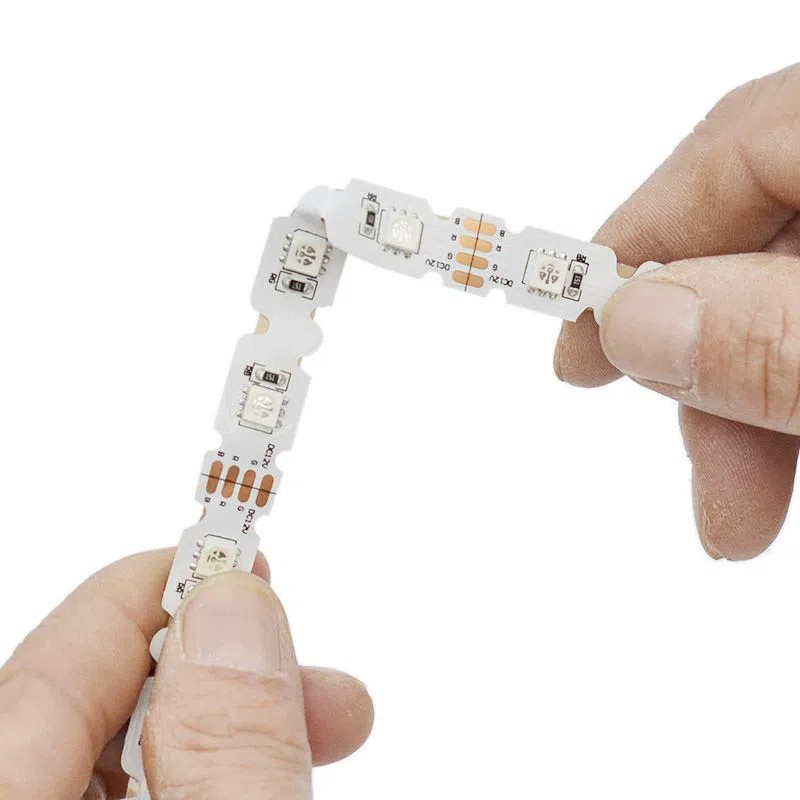 Nowadays, the more common SMD LED with an external size of 50mm×50mm on the market is packaged with three LED chips, and six pins are extended, which are soldered to the surface of the PCB circuit board. Since it is directly attached to the surface of the heat sink with thermally conductive glue, the heat dissipation is greatly improved, the reliability is greatly improved, and the light decay is also reduced. For high-power LEDs, high thermal conductivity metal-ceramic composite substrates are mainly used. The main features are:

The thermal resistance of the LED encapsulation has a decisive influence on the life of the LED chip, especially for the LED chip driven by high current. The cost and heat dissipation performance of LED encapsulation products depend on the structure of the packaging bracket, and the packaging bracket is developing in the direction of small size, thin thickness, and good heat dissipation.

The heat dissipation problem must be considered when packaging more LED chips in a single SMD LED. The most important advantage of high-power SMD LEDs using high thermal conductivity metal-ceramic composite substrates is ultra-low thermal resistance. The ultra-low thermal resistance and high-power LED chip package is more suitable for applications with small space due to its small size and thinness. This feature brings great benefits to many applications. 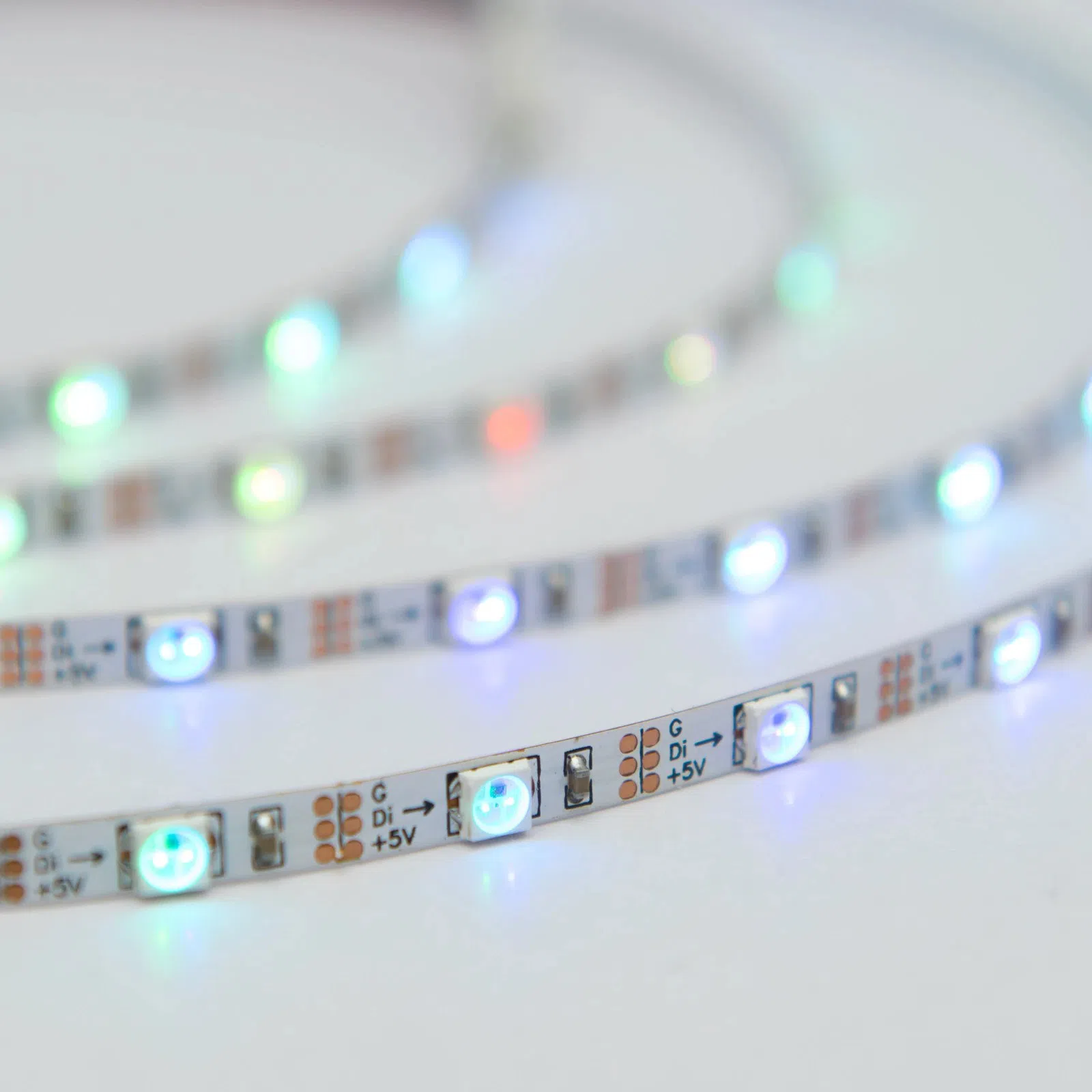 The SMD LED is attached to the surface of the circuit board, suitable for SMT processing, and reflow soldering. SMD LEDs solve the problems of brightness, viewing angle, flatness, reliability, and consistency. Compared with other packaged devices, it has the advantages of strong vibration resistance, low solder joint defect rate, and good high-frequency characteristics. It encapsulates more LED chips in a smaller area, uses lighter PCB and reflective layer materials, shows that the reflective layer needs to be filled with less epoxy resin, and reduces the size by removing the heavier carbon steel material pins. , Can easily reduce the weight of the product by half, the volume and weight are only about 1/10 of the traditional plug-in components, after the use of chip packaging, the volume of electronic products is reduced by 40% to 60%, and the weight is reduced by 60% to 80%. Ultimately make the application more perfect.

The package of the in-line LED adopts potting. The potting process is to first inject liquid epoxy resin into the LED molding cavity, then insert the pressure-welded LED bracket, put it in an oven to allow the epoxy resin to cure, and then separate the LED from the mold cavity and form it. Due to the relatively simple manufacturing process and low cost, it has a high market share.

With the rapid development of the world economy, energy shortage has long become a global problem that needs to be solved urgently. Lighting consumption accounts for about 20% of the entire power consumption. Reducing lighting power consumption is an important way to save energy. As a substitute for traditional incandescent lamps, LED energy-saving lamps are accelerating the replacement of traditional light sources. With the gradual maturity of LED packaging technology, the development of SMD LEDs will become a new bright spot for LED light sources. Its lower rate requirements, better driving characteristics, smaller weight and volume, faster response speed, higher shock resistance, longer service life, green environmental protection, and rapidly increasing luminous efficiency, etc. Traditional light sources have more advantages. Due to market demand and the development of science and technology, the continuous improvement of the light efficiency of SMD LEDs, the improvement of heat dissipation problems and optical performance, and the accelerated development of surface mounting will all become the mainstream direction of LED research. 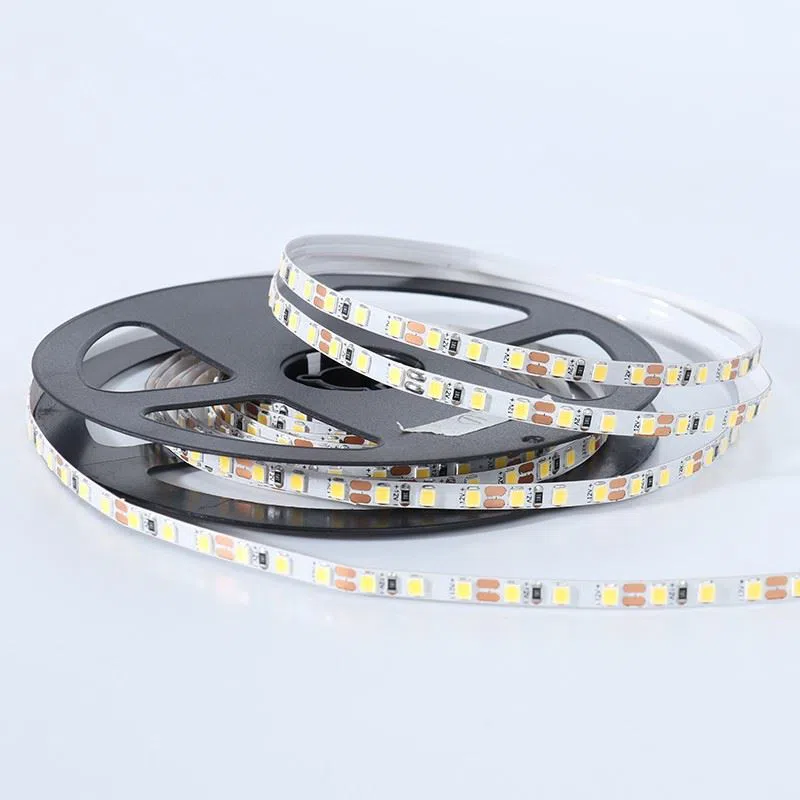