What is UVC LED?

First, let's review the concept of UV. UV, Ultraviolet, or Ultraviolet, is an electromagnetic wave that ranges from 10nm to 400nm. UV of different bands can be divided into UVA, UVB and UVC.

UVB: the wavelength is in the middle, between 280 and 320nm. It is absorbed by the ozone layer and can cause sunburn and skin redness, swelling, heat and pain, and even blisters or peeling in severe cases. 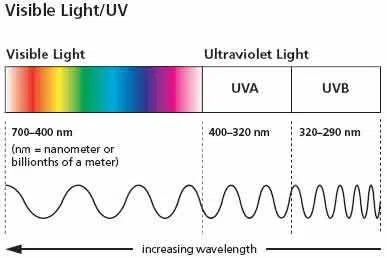 2. The principle of UV sterilization?

UV can destroy the DNA (DEoxyribonucleic acid) or RNA(RIbonucleic acid) molecular structure of microorganisms, so that the bacteria die or cannot reproduce, so as to achieve the purpose of sterilization.

According to the International Ultraviolet Society, "the ultraviolet spectrum (' sterilizing 'regions) important for water and air disinfection is the range of absorption by DNA (RNA in some viruses). The germicidal band is about 200-300nm ".

Bactericidal wavelengths have been known to extend above 280nm and are now generally thought to extend to 300nm, although this may change with more research. Scientists have shown that ultraviolet light at wavelengths between 280 and 300nm can also be used to kill bacteria.

4. The best wavelength for sterilization?

One misconception is that 254nm is the best wavelength for sterilization because the peak wavelength of the low-pressure mercury lamp (determined solely by the physics of the lamp) is 253.7nm. In essence, as mentioned above, a certain range of wavelengths are bactericidal. However, the wavelength of 265nm UVC LEDis generally considered to be the best, because this wavelength is the peak of the DNA absorption curve. Therefore, UVC is the most suitable band for sterilization. 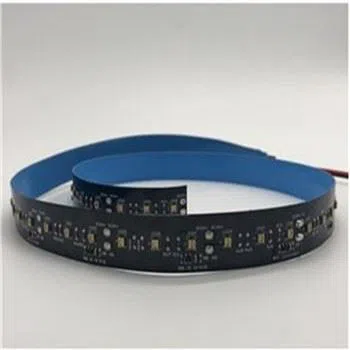 Light power, peak wavelength, lifetime, light Angle and other parameters can be selected.

Peak wavelength: as mentioned above, 265nm UVC is the best wavelength for sterilization. However, considering that there is little difference in the mean value of peak wavelength among manufacturers, optical power is actually the most important index to measure the sterilization efficiency.

Life: The demand for life is considered according to the service time of the specific application, and the most suitable UVC LED is the best one.