What are the advantages of UVC lamps compared to traditional mercury lamps?

As the COVID-19 pandemic still poses a threat to regions across the globe, UVC products for disinfection are becoming increasingly popular. Common applications include UVC LED products and UVC mercury lamps.

Currently, mercury lamps are more widely used for disinfection due to their lower production costs and higher output. However, UVC LEDs with smaller size, more flexible use and longer lifetime are also gaining attention.

UVC LED is the wavelength band with the shortest wavelength and the highest energy.  The wavelength is between 100 and 280nm. Wavelength 275 has the best sterilization effect. The inactivation of bacteria and viruses by UVC LEDs is typically completed within seconds, with no other chemical contaminants. 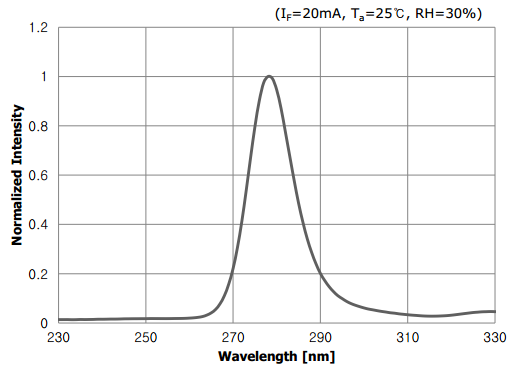 2. What is a UVC mercury lamp?

Because the mercury vapor is excited by high-energy electrons colliding with electrons, the ultraviolet resonance radiation mainly consists of 254nm and 185nm ultraviolet rays.

40% of the electric energy of this lamp type is directly converted into monochromatic UVC rays of 254nm for sterilization and 185nm for surface oxidation. 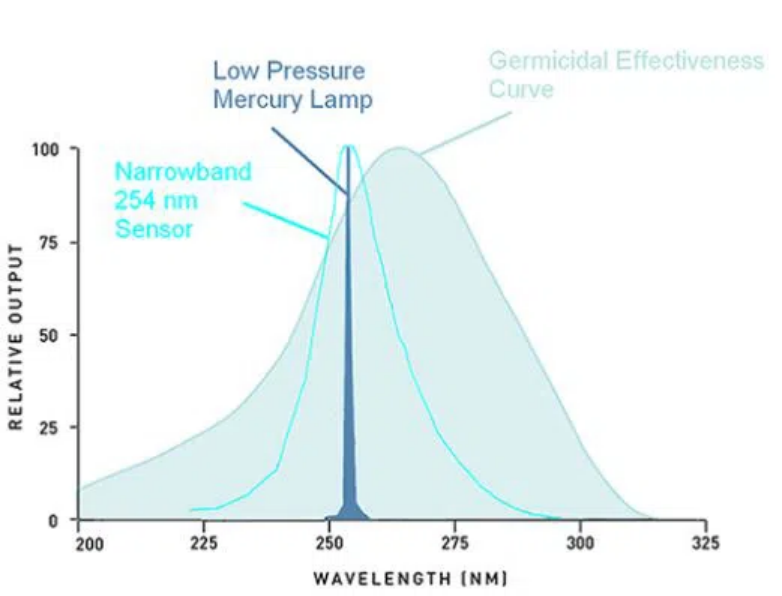 3. The main differences between UVC LEDs and UVC mercury lamps

The ultraviolet mercury lamp is a mercury lamp. Mercury is highly toxic. Once the mercury lamp is broken, the leakage of mercury will cause serious harm to the human body and the environment. UVC LEDs do not produce secondary pollution during use and have high environmental performance. Therefore, UVC LEDs are being favored by more consumers.

(2) The time required for disinfection and sterilization is different

The killing time of UVC LED is generally ten seconds to three or five minutes, which can eliminate a variety of common pathogens. The disinfection time required by the ultraviolet mercury lamp is generally more than ten minutes to more than half an hour, in order to achieve a good sterilization effect.

On the other hand, with its compact size, UVC LEDs can be easily integrated with different home appliances such as air conditioners, air purifiers and even washing machines. Portable products often use UVC LEDs.

4. What are the advantages of UVC LEDs over mercury lamps?

Both UVC LEDs and UVC Lamps have been shown to be effective in reducing bacteria and viruses, including the COVID-19 pathogen SARS-CoV-2, with appropriate UV intensity and exposure time. UVC mercury lamps with higher optical power and lower prices have always been widely used, but in recent years, LED manufacturers have also improved UV technology and made breakthroughs.

Compared with mercury lamp,  UVC LED has the following advantages:

The UVC segment ultraviolet light emitted by the UVC LED generally kills bacteria and viruses within a few seconds.

Because bacteria, virus antigens and other microorganisms are not resistant to ultraviolet light, deep ultraviolet light can kill almost all bacteria and viruses with high efficiency, and the UVC LED sterilization technology can also inhibit some relatively The growth of higher aquatic organisms, such as algae, red insects, paramecium, etc.;

Compared with UVC mercury lamps currently on the market, the most obvious advantage of UVC LED equipment is that its germicidal light source does not contain mercury. Mercury can evaporate at room temperature. Mercury vapor and mercury compounds are highly toxic. If the traditional ultraviolet mercury germicidal lamp is broken during the sterilization process, it will cause serious water pollution.

The service life of UVC LED products curing machine is more than 10 times that of traditional mercury lamp (600-1000 hours) curing machine, about 20000H.

The UVC LED device is small in size, and its sterilization device is designed flexibly, and it can be used in a narrow space where traditional ultraviolet mercury lamps cannot be used.

(6) Open at any time, electronically controlled

UVC LEDs do not need to be preheated like mercury lamps, nor do they need to be on all the time in order to maintain the life and efficiency of the lamp. UVC LED products can be turned on and off instantly, and the output energy can be freely set, which is very energy-saving and simple and convenient to control. 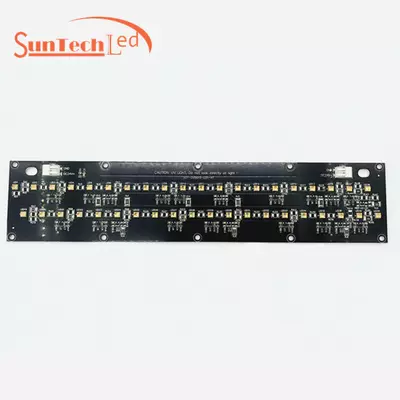 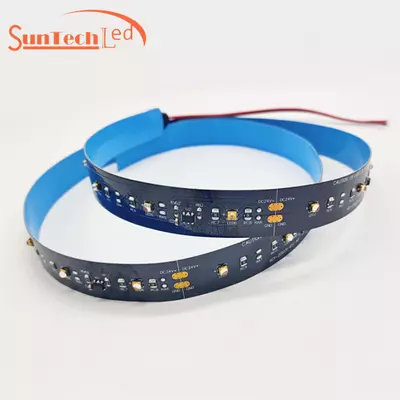 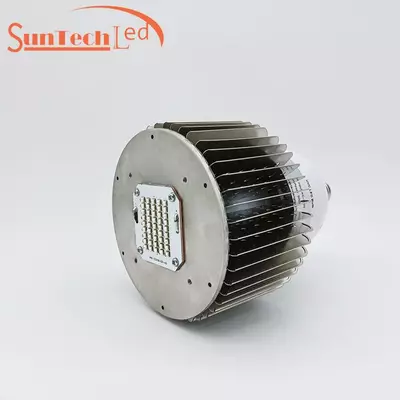 Note: (1) UVC lamps can not only kill viruses, but also cause damage to human skin and eyes. Therefore, direct exposure to UVC light should be avoided when using mercury lamp or LED based disinfection products.

(2) Most of the currently available safety standards are based on mercury lamps. The safety standards for UVC LEDs have not been validated as they do not have a large market share. But because UVC LEDs are easy to incorporate with portable products such as UVC light wands, which have been popular disinfection products in the consumer market, people need to be careful when using such devices to avoid direct skin and eye contact.

With so many advantages, more and more people are beginning to use UVC LED for sterilization. At the same time, more and more good UVC LED products are entering the UVC market. Suntech's UVC LED product is a good choice for you, if you have any other questions or further requirements, please click here to email the Suntech team or call +(86) 13184617165 for priority-free consultation.