Ultraviolet radiation (UV for short) is light radiation with a shorter wavelength than visible light, and ultraviolet rays in the wavelength range of 100 to 400 nanometers (nm) are generally divided into three categories: 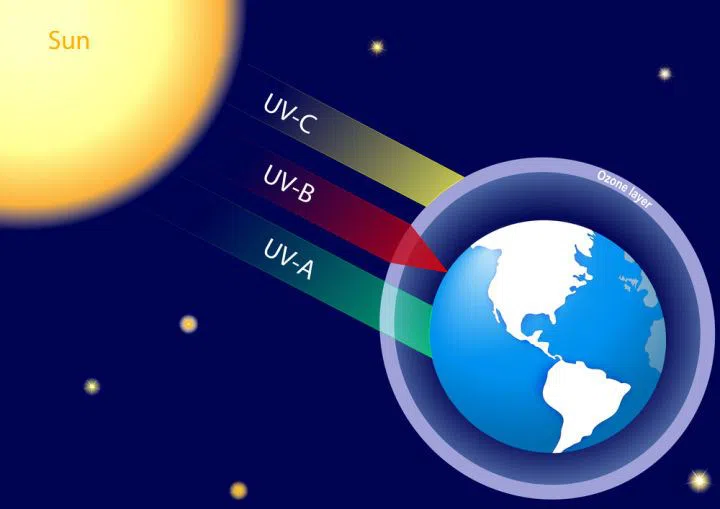 UV-A has a strong penetrating power, can pass through the ozone layer and clouds to reach the surface of the earth, regardless of whether it is cloudy or not, it stimulates the skin to generate free radicals, degrades collagen and elastin in the skin, and The skin melanin is calm, and the accumulation of skin will cause the skin to relax and darken.

UV-B has moderate penetration, and it is particularly strong in summer and afternoon, which causes skin redness and sunburn in a short time. Reasonable irradiation can promote the formation of mineral metabolism and vitamin D in the body, and promote bone development, but long-term or excessive exposure can cause skin redness and peeling. Most sunscreens on the market are used to protect against UV-B ultraviolet rays.

UV-C has the weakest penetration, and UV-C is absorbed by the ozone layer before reaching the ground in sunlight.

What is UV Sterilization? 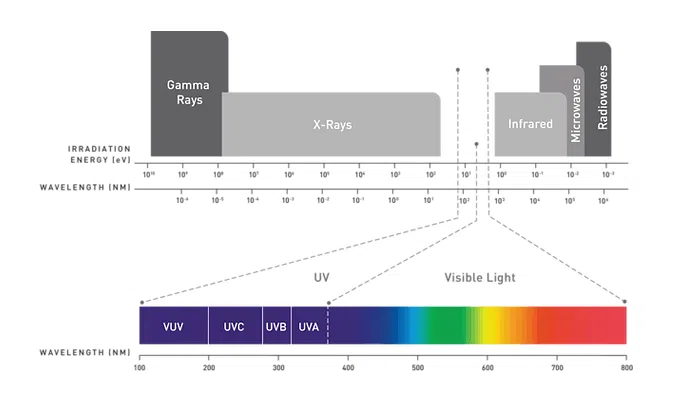 It should be pointed out that not all ultraviolet bands have inactivation functions against microorganisms. Among them, only ultraviolet rays in the UVC band in the range of 240 ~ 260nm are easily absorbed by bacteria and effectively act on the DNA of bacteria, interfering with their normal replication, resulting in The bacteria die, and UVA and UVB are outside the range of the microbial absorption peak, so the sterilization efficiency is very low, which belongs to the ultraviolet part that is not effective for disinfection.

What is UVC Led Sterilization?

The Advantages of UVC LED compared with traditional methods:

Compared with other sterilization methods such as chlorine, ozone and ultraviolet mercury lamp sterilization, UV LED disinfection has many advantages:

1.  High-efficiency sterilization: The UVC segment of ultraviolet rays emitted by UV LEDs can kill bacteria and viruses within a few seconds. Traditional water sterilization methods such as chloride and ozone generally require 20 minutes to 1 hour to achieve sterilization.

2.  Extensive sterilization: Because bacteria, virus antigens and other microorganisms are not resistant to ultraviolet light, so deep ultraviolet light can efficiently kill almost all bacteria and viruses, and ultraviolet LED sterilization technology can also It inhibits the growth of some higher aquatic organisms, such as algae, red insects, and paramecium.

3.  Safe and environmentally friendly (without mercury): The most obvious advantage of UV LED devices over mercury-excited ultraviolet lamps on the market is that their sterilization light source does not contain mercury, and mercury is a heavy metal substance, commonly known as mercury, and mercury can be used at room temperature Evaporation, mercury vapor and mercury compounds are highly toxic (chronic). During the sterilization process of the traditional ultraviolet mercury lamp sterilization lamp, once the lamp tube is broken, it will cause serious water pollution, and the deep ultraviolet LED device is a safe and reliable device. No heavy metals, simple operation, safe and reliable operation

2.  Air purification: As a new generation of green light source, UV LED provides an effective solution for air purification with its unique safety and economic advantages. The UV LED air sterilization and disinfection treatment system can also be used on any equipment that requires fresh and fresh air, such as air purifiers and refrigerators.

3.  Food preservation(Surface disinfection): Without the use of other chemical reagents, only one UV LED can increase the freshness preservation ability of fresh vegetables and fruits at room temperature by 10-20 times, which greatly reduces the loss caused by decay.