Do you really know Ultraviolet light? 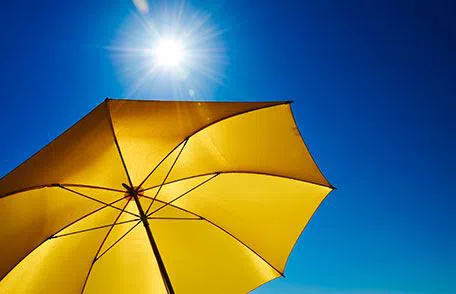 Ultraviolet, abbreviated as UV, which is an electromagnetic waves with a wavelength of 10nm to 400nm. The wavelength is longer than X-rays, and shorter than visible light. The sunlight contains ultraviolet rays, and electric arcs, mercury lamps and black light lamps also emit ultraviolet rays. Ultraviolet rays are not ionizing radiation, but it can still make certain substances that cause chemical reactions fluoresce.

The meaning of the name is "beyond purple", and purple light is the shortest wavelength among the colors in visible light. Ultraviolet light has a shorter wavelength than violet light.

What is UV radiation?

All radiation is a form of energy, most of which is invisible. Ultraviolet radiation is just a form of radiation, which is measured at the scientific level of the electromagnetic(EM) spectrum.

Ultraviolet radiation is just one type of EM energy that you may be familiar with.

There are many other forms of EM energy:

1. Radio waves: Which transmit signals from the radio station to your loudspeaker boxes or transmit between mobile phones; 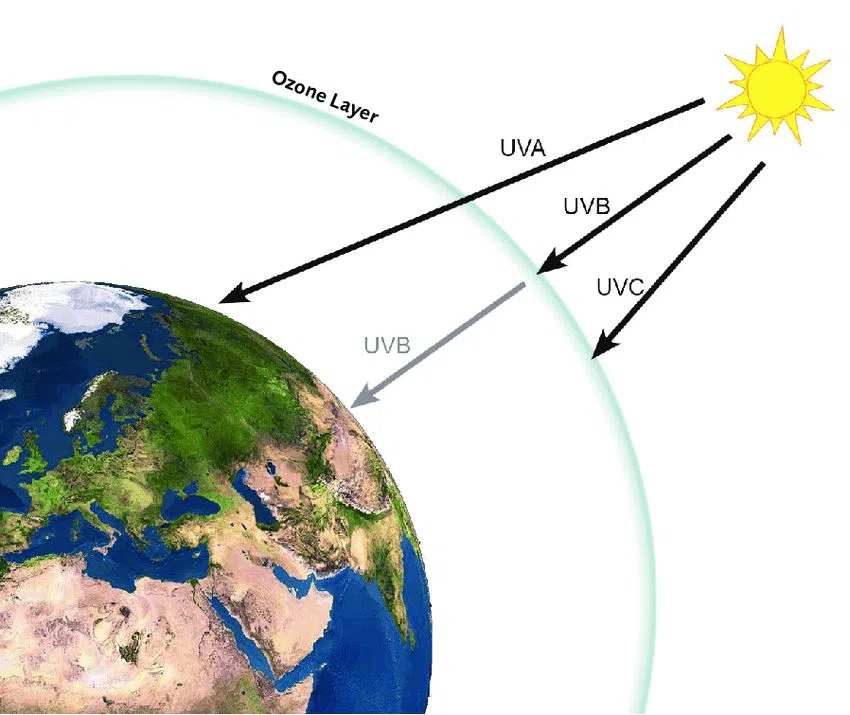 What are the effects of ultraviolet radiation?

Without adequate protection, prolonged exposure to UVA and UVB waves can endanger health. For example, a person who has been exposed to the sun for several hours will experience "tanning", which is the result of melanin gathering in the skin to absorb ultraviolet light and disperse it as heat. If exposed to the sun for a long time without protection, a person's risk of skin cancer and other dangerous cell diseases will be greatly increased. If a person spends a lot of time outdoors or in any environment receiving UVA and UVB radiation, they will experience short-term symptoms such as photokeratitis (in some cases called arc eye or snow blindness) or severe long-term UV exposure. 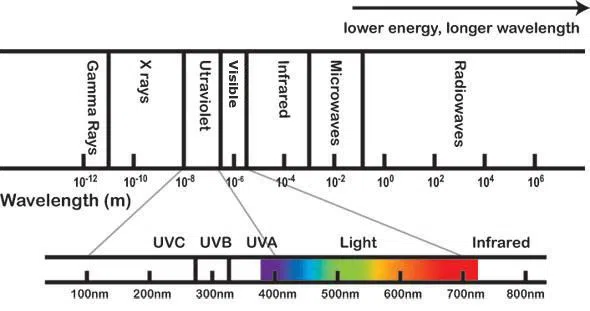 •UVA: Longer wavelength, between 315~400nm, can penetrate clouds and glass into indoors and cars, and can penetrate into the dermis of the skin, causing sunburn.

UVA can be subdivided into UVA-2 (315~340nm) and UVA-1 (340~400nm). UVA-1 has the strongest penetrating power and can reach the dermis to tan the skin. It is the most harmful to the skin, but it is also the easiest to ignore. It will cause skin damage due to the accumulated amount for a long time. UVA-2 can reach the skin epidermis just like UVB. It can cause sunburn and pain.

•UVB: The wavelength is in the middle, and the wavelength is between 280~315nm. It can cause sunburn and skin redness, swelling, and pain. In severe cases, blisters or peeling may occur. However,          since it can be blocked by the ozone layer, only a small amount will reach the surface of the earth.

•UVC: The wavelength is between 100nm and 280nm, but because the wavelengths below 200nm are vacuum ultraviolet rays, they can be absorbed by the air. Therefore, the UVC that can penetrate the atmosphere is between 200 and 280nm. The shorter the wavelength, the higher the radiation energy. Since the ozone layer can completely block UVC, so we will not be harmed by UVC normally.

Different applications of the UV light:

1. Black light lamp, also known as Ultraviolet lamp or Wood lamp. UVA and a small amount of visible light, generated by ultraviolet fluorescent tubes, LED or LD, which are used for the lighting of theaters      and concert halls, and can also be used to attract insects.2.

4. Medical applications: Such as the treatment of skin psoriasis (psoriasis) and leukoplakia (vitiligo), UVB light with a wavelength of 311nm has the best effect. And appropriate UVB irradiation can also            supplement vitamin D. 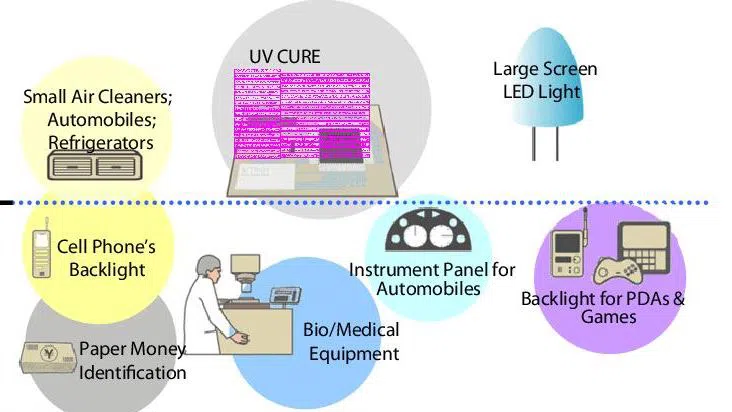