UVC LED Is Becoming A Necessity Under COVID-19

Let's first understand the structure of the virus:

Viruses are the smallest and simplest non-cellular microorganisms, and viruses do not have a complete cell structure. Viruses are mainly composed of nucleic acid and protein. At the periphery of nucleic acid, there is a protein shell called a capsid. The capsid and nucleic acid together are called a nucleocapsid. Non-enveloped viruses. The nucleocapsid is the virion, and the capsid is antigenic. , Consists of a certain number of shell particles, each shell particle is composed of one or more polyphenol peptides. The surface of the virus is also wrapped with a membrane and spike structure similar to a cell membrane. Together with the capsid, it determines the specificity of the virus. There is an envelope composed of lipids and glycoproteins outside of more complex viruses. 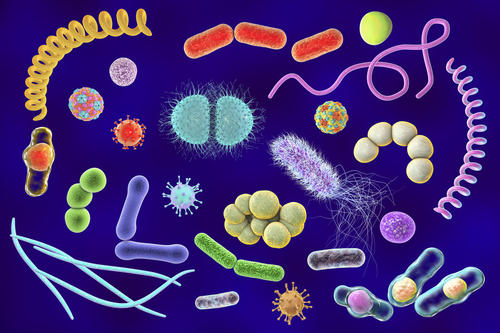 Sterilization is the most common function of ultraviolet rays. Because ultraviolet light has powerful lethality on living things, humans use it to deal with these difficult bacteria and viruses, and we often use sunlight to sterilize them. The ultraviolet rays in the natural sunlight, UV-A accounts for about 98.1%, UV-B accounts for about 1.1%, UV-C is absorbed by the ozone layer and hardly reaches the surface of the earth.UV-A has a strong penetrating power and can pass through the ozone layer and clouds to reach the surface of the earth. It exists throughout the year regardless of whether it is cloudy or sunny. It stimulates the skin to produce free radicals, degrades collagen and elastin in the skin, and causes The skin has melanin pigmentation, and the accumulation of time will cause the skin to become loose and dark.UV-B has a medium penetration power, which is particularly strong in summer and afternoon, causing skin redness and sunburn in a short period of time. Reasonable irradiation can promote mineral metabolism and the formation of vitamin D in the body, and promote bone development, but long-term or excessive irradiation can cause skin redness and peeling. Most sunscreens on the market are used to protect against UV-B ultraviolet rays.UV-C has the weakest penetrating power. UV-C in sunlight is absorbed by the ozone layer before reaching the ground.

Based on the above knowledge, we can know that the best wavelength of UVLED for disinfection and sterilization is UVC 260-280nm.