◾ What is a UV disinfection light?

◾ Can UVA and UVB light be used for disinfection?

When you want to disinfect the surface of an object, there are now two ways to choose. The first is to use chemical disinfectants for cleaning or wiping. This method faces the risks of incomplete disinfection and chemical residues; The other is to use a UV sanitize lamp to irradiate the surface of the object. In a certain distance and time, the disinfection rate of this method can reach 99.9% and no harmful substances will be produced. I believe that in the face of these two options, everyone will choose to use UV lamps for disinfection. This is also the reason why UV lamps have developed rapidly in recent years.

However, because of the rapid development, the market is flooded with various counterfeit and shoddy products. Some lamps have no disinfection effect at all but claim to be disinfectable.

For UV disinfection lamps, the first thing we should pay attention to is the wavelength of the emitted light.

UV light can be divided into UV-A, UV-B, and UV-C according to the different wavelengths. We can see from the above spectrum that UVC is from 315~400nm, UVB is 280~315nm and UVC is 100~280nm. UVC light shorter than 200nm is also called vacuum UVC, and it is easily absorbed by molecular oxygen in the air, so the wavelength generally used for disinfection is 200nm~280nm. 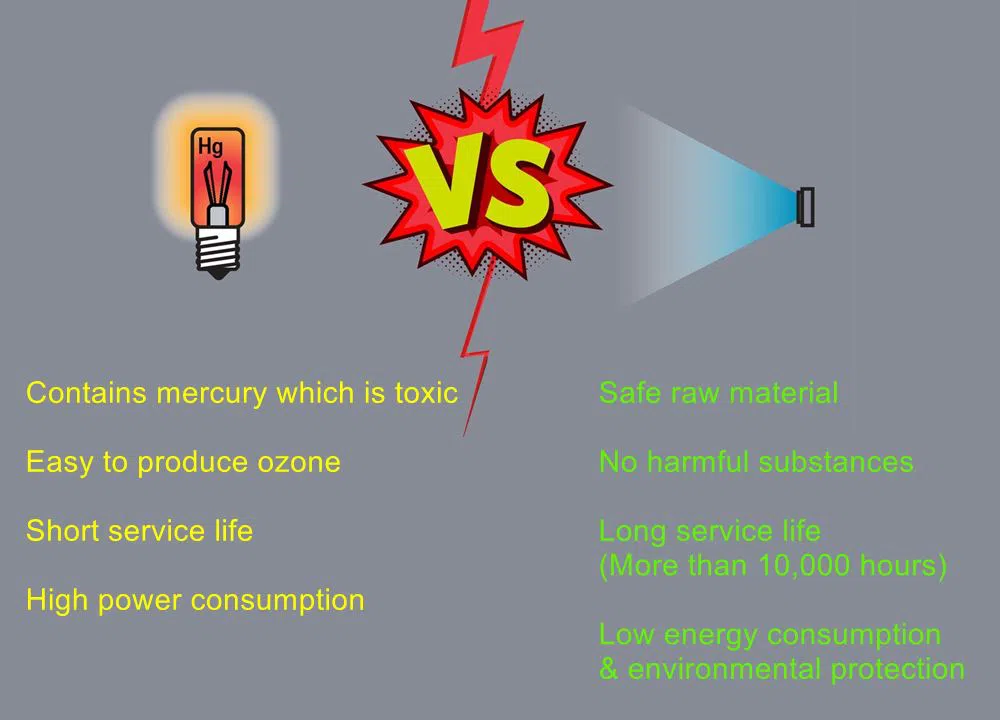 UVC light sanitizer used for disinfection is most effective at a wavelength of 254nm. This is because bacteria

peak in this waveband. After bacteria and viruses receive a certain amount of ultraviolet radiation, their DNA

and RNA molecular structures are destroyed and cannot be split and replicated, to achieve the effect of

Due to the materials used in mercury lamps (fluorescent lamps) being toxic substances, easy to produce ozone,

have been widely used for their safe materials, no harmful substances, and long life. Some traditional UV mercury

lamps have been replaced by UVC LED lights.

There is research from Science shows that 265nm UVC LED can achieve the same effect as 254nmU mercury lamp in inactivating the SARS-CoV-2 virus. From the data graph below, we can see that the inactivation rate of SARS-CoV-2 by 265nm UVC light is close to 254nm. 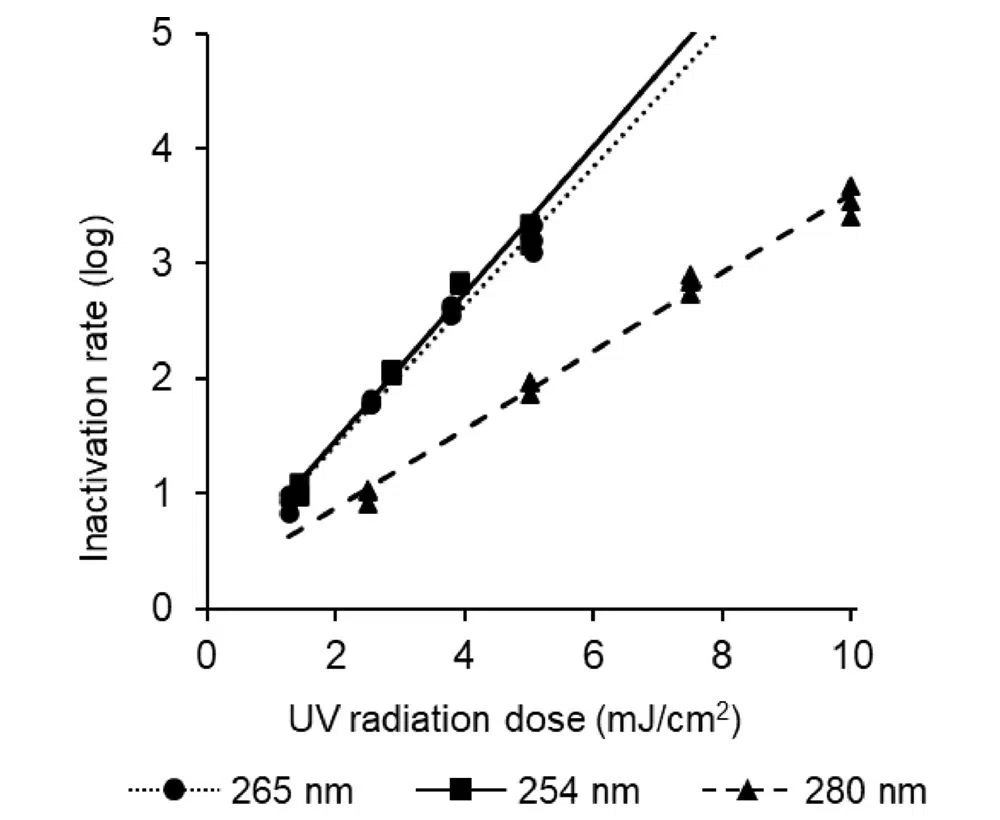 Before talking about the application of UVA and UVB lights, we need to know their features. Here is a table that shows the differences between UVA, UVB, and UVC.

Inner cells in the top layer of the skin, including the dermis

Cells on the surface of the skin

Outermost cells in the top layer of the skin

UVA and UVB are mainly used in UV curing, 3D printing, and phototherapy. UVA curing includes fast curing of polymers, inks, coatings, resins, and adhesives. And UVC light is also used for making sensor transmitters, such as blank group and fluorescent label detection, and blood gas analysis. UVB plays a key role in phototherapy, especially for the treatment of skin diseases such as vitiligo and psoriasis.

Research has shown that UVA light irradiation can reduce microorganisms to a certain extent, but cannot reduce spores. So UVA can just provide a low level of purification in terms of surface sterilization. There are also related studies on the application of UVB to disinfection.

However, because UVC and UVB radiation can cause serious damage to the human body, and the sterilization effect of UVA and UVB is far inferior to UVC, UVC germicidal lamps are widely used for air, surface, and water disinfection.

With the development of science and technology and the continuous efforts of researchers, 222nm far UVC products have appeared in recent years and have been continuously improved according to different applications. If you have been in contact with UVC products, then you must have heard or seen 222nm far UVC sanitizer or germicidal lamp.

Why does this far UVC product appear? From the table in the second part, we can know that UVC, UVB, and UVC exposure will cause damage to the human body. Therefore, some scholars have begun to study disinfection products that can be directly used for human body irradiation. The study report from Nature shows that the 222nm light can safely inactivate the SARS-CoV-2 without doing harm to the human body. Previously, researchers from Japan and Columbia University have reached similar conclusions through experiments. Human exposure to the 222nm light to disinfection at the entrance of public areas can effectively prevent the spread of the new coronavirus.

How to choose between general UVC and 222nm far UVC:

Now the 222nm products on the market are all far UVC excimer lamps. Due to the limitation of technological development, there is no stable 222nm LED product on the market. But researchers and engineers are working hard to develop the 222nm LED sanitizer. It is believed that 222nm LED can be popularized in the near future！

Suntech company are specialized in good quality UVC LED products for years, here is a video that shows how do we test UVC irradiation to ensure sterilization effect.

Thanks a lot for your reading! Welcome to contact us if you have any questions or needs.