Compare: Kelvin vs Lumens vs Watt

4. Lumens To Kelvin, is it possible?

5. Lumens To Watts, how to convert?

The Kelvin temperature unit is represented by the symbol "K", and the higher the value, the whiter the light will be. The color temperature of household lamps is usually 2700K (warm incandescent), 3000K (warm white halogen) and 3500K (household fluorescent). Most interior lighting is on the 2700-3600K color scale, but if in an office or workplace, this will vary depending on the field of work, in which case it's 4000K and above. When choosing new lighting for your home or project, be sure to consider its color temperature to ensure the best results.

Take a look at the chart below and use the Kelvin temperature color scale below to help determine the approximate hue some bulbs will provide. 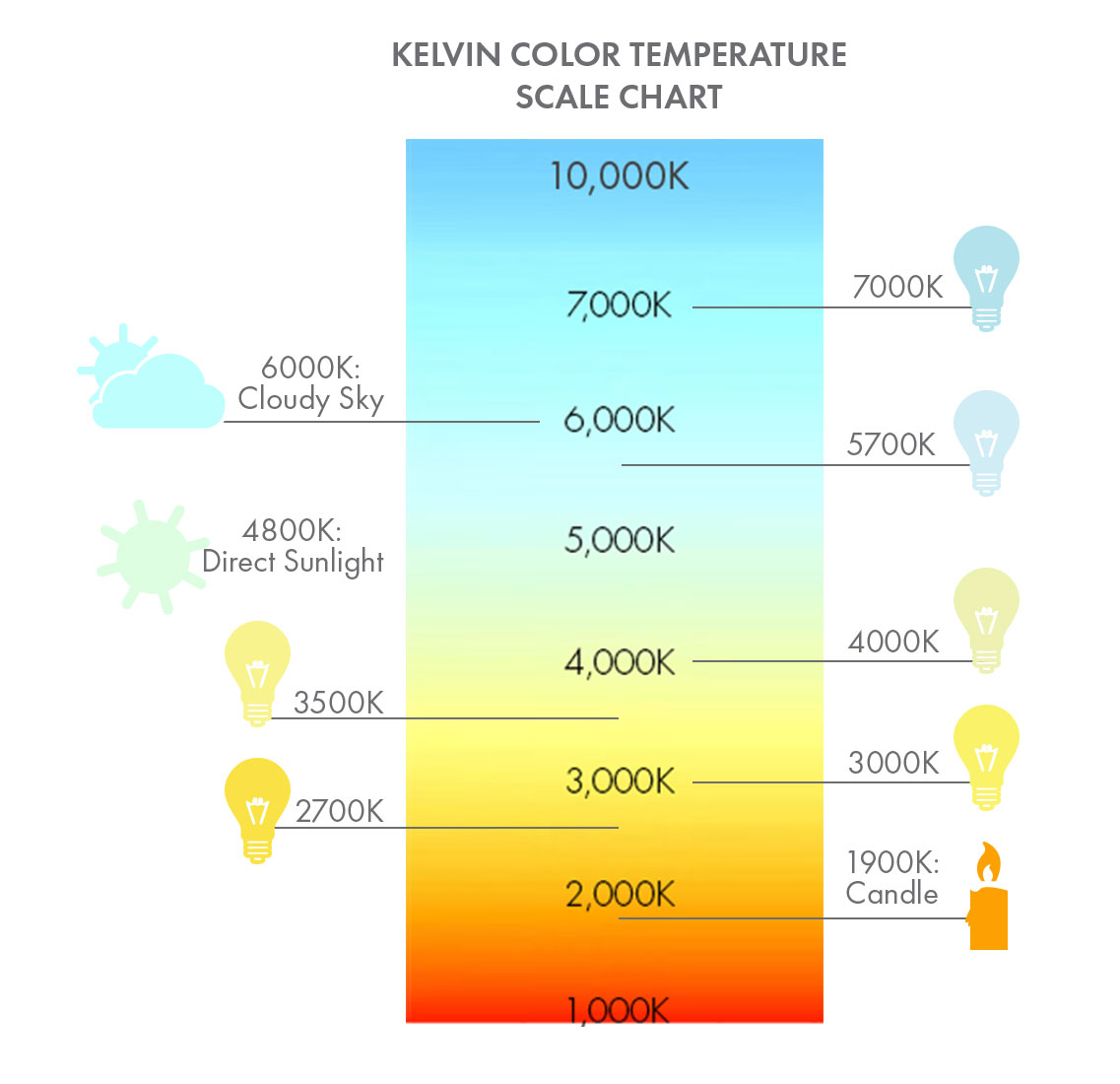 In addition to the type of bulb itself, using the Kelvin temperature can help guide you in determining which light fixture is right for each room.

The lumens of a lamp is the total light output, that is, it is a measure of the brightness of the bulb. A higher lumen reading means the bulb will emit brighter light and vice versa. Since lumens tell you how bright a bulb is, you should check lumens instead of watts when buying a new bulb, and there's a difference between watts and lumens. As technology continues to advance and lamps become more energy efficient (especially LEDs), you will generally see the same equivalence lumens watts achieved with less led wattage than in previous years.

Since the brightness of the bulbs installed in your home can vary greatly, here compare lumens to watts and difference between lumens. So here are some general considerations to keep in mind when buying LED bulbs:

The unit "lm/W" is a useful measure of a lighting product's efficacy by measuring the total light output in lumens divided by the power usage in watts. You can think of this as being analogous to miles per gallon in a car, as higher lm/W means higher efficiency and lower running costs compared to similar but less efficient models.

Watts are a measure of power consumption. For traditional incandescent lamps, generally the higher the wattage, the brighter the light will be. For energy-saving light bulbs such as LEDs at this stage, the situation is different, because there is no hard and fast rule to relate wattage and brightness. So when measuring the total output of a specific light bulb, you need to consider lumens, not watts.

4. Lumens To Kelvin, is it possible?

Conversion between Kelvins and Lumens is impossible. The two terms are not directly related. Therefore, it is impossible to deduce one value from another.

Above we described the concept of lumens and kelvins in detail. So the color of light is independent of the brightness of the light source. In principle, there are dark and bright kelvin led lights for every conceivable color temperature. Therefore, it is unreasonable or impossible to convert directly from kelvins to lumens or vice versa.

5. Lumens To Watts, how to convert? 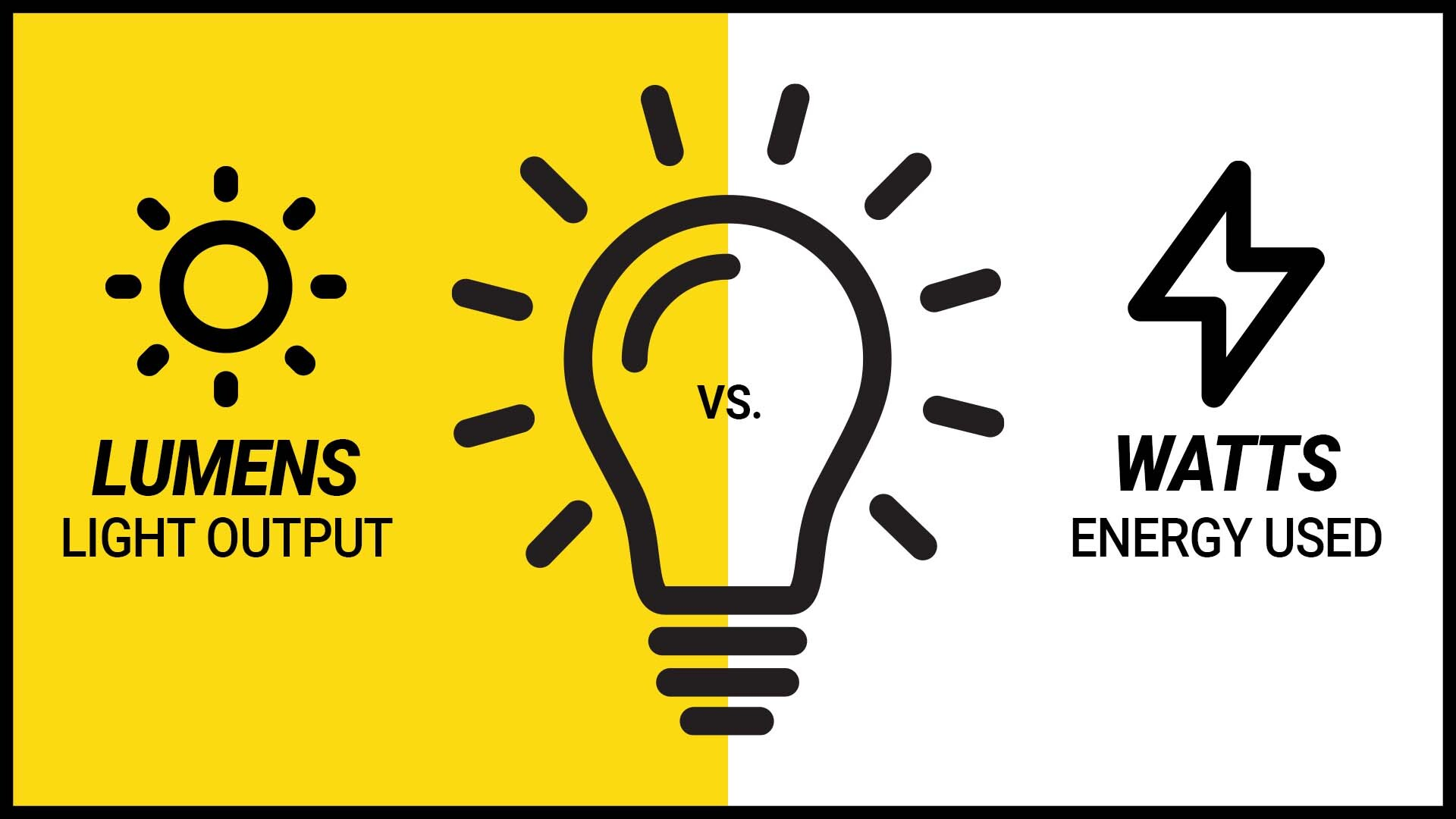 How to convert Luminous Flux in Lumens (lm) to Electrical Power in Watts (W)?

You can calculate wattage based on lumens and luminous efficiency. Lumens and watts units represent different quantities, so you cannot convert lumens (lm) to watts (w).

So watts = lumens / (lumens per watt)

What is the power consumption of a lamp with a luminous flux of 1000 lumens and an efficacy of 20 lumens per watt (lm/W)?

Take a look at the table below showing a comparison of the power consumption and respective brightness of common light sources, such as 60 watts to lumens, 100W to lumens.

Summary: Kelvin is a measure of the color temperature of light; lumens is a measure of the brightness of a light bulb; wattage is the power consumed by burning a light bulb. When we buy new LED bulbs, it depends on your own personal requirements. Where will the new light bulb be installed? What would you do with the light? The above content will help you better understand the difference between Kelvin, Lumens and Watts.

Related lighting knowledge that you may interest in: 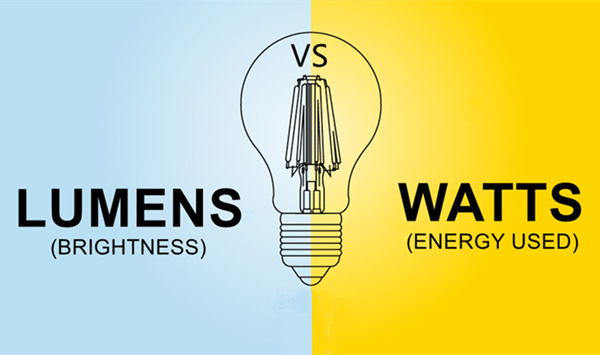 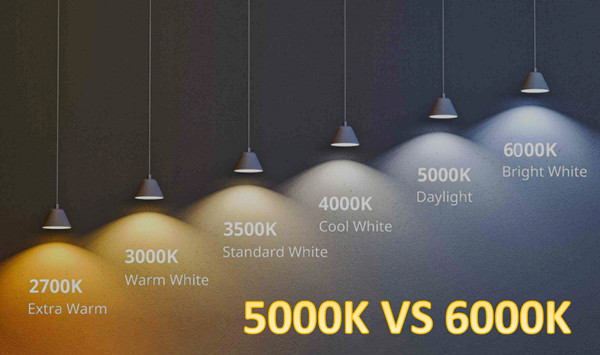 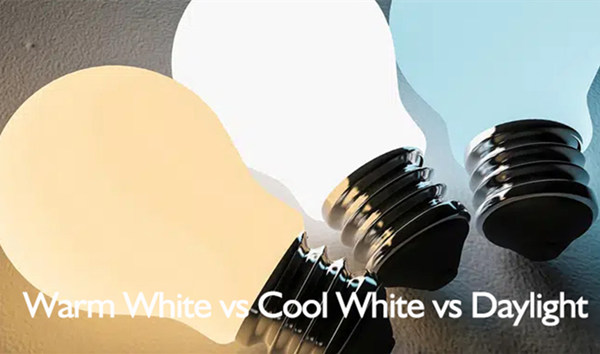 Warm White vs Cool White vs Daylight for House 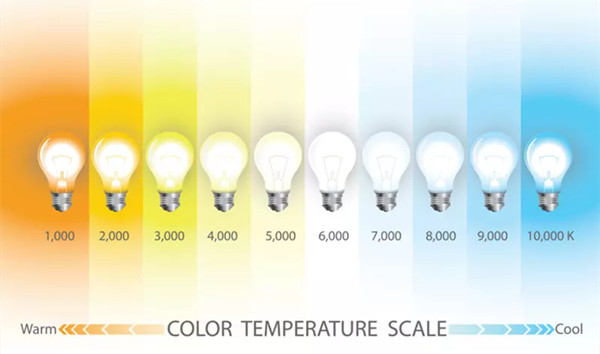 Do you know how to choose the right color temperature?