UV LED is a new semiconductor luminous UV light source, which can directly convert electrical energy into light and radiant energy. Compared with traditional UV light sources such as mercury arc lamps and microwave induction lamps, UV LED has many advantages such as long life, high efficiency, low voltage, low temperature, safety, low operating costs, no mercury, and no ozone generation. It has become a new generation UV light sources have been widely used in the fields of UV adhesives, UV inks, UV coatings, and 3D printing. They have promoted the energy-saving and consumption-reduction, environmental protection and pollution reduction of light-curing technology, and have brought revolutionary changes to the light-curing industry.

The main principle of LED light emission is: under the forward voltage, electrons are injected from the N area into the P area. When the electrons and holes in the P area recombine, the excess energy is released in the form of photons, and the LED will emit light at this time. The wavelength and color of light are related to the materials that form the PN junction. Different semiconductor materials emit different colors of light (see Table 1) [2]. Since the first use of gallium and arsenic phosphide GaAsP to develop red LED (650nm) in the 1960s, indium (In) and nitrogen (N) and other elements have been introduced into semiconductor materials, and green light (555nm) has been developed one after another. ), yellow light (590nm), orange light (610nm) LEDs, especially gallium indium nitride (GaInN) have been successfully developed and made blue LEDs. The blue light is mixed with red light and green light to produce a white light LED, so that the LED light covers the entire visible light band. In recent years, researchers have developed short-wavelength semiconductor materials aluminum nitride (AlN), gallium nitride (GaN), indium gallium nitride (InGAN), aluminum gallium nitride (AlGaN) and aluminum indium gallium nitride (AlGaN). AlInGAN) has produced UV LED light sources (405, 395, 385, 375, 365 nm, etc.) that emit near-ultraviolet spectrum, which has become a new UV light source and began to be used in the field of light curing.

At present, UV LEDs of 395, 385, 375, and 365 nm are mainly used in the light curing field on the market. With the development of LED semiconductor manufacturing technology, deep ultraviolet LEDs with wavelengths <350nm and 250～280nm are being developed.

The UV LED is different from the continuous spectrum emitted by the traditional mercury arc lamp. Its spectral distribution is concentrated in a narrow band with a bandwidth of about 10-40 nm. There is no UVB (280-315nm) and UVC (200-280nm) output. 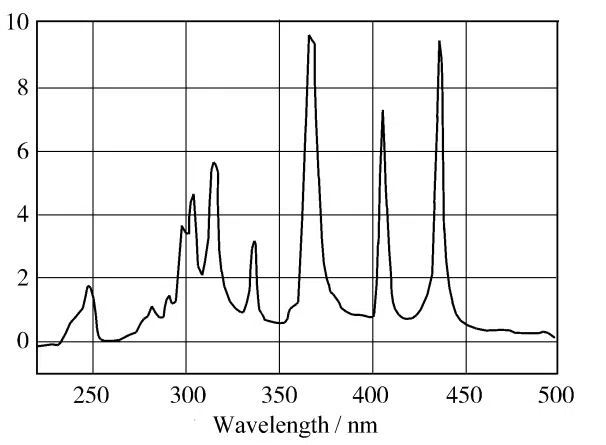 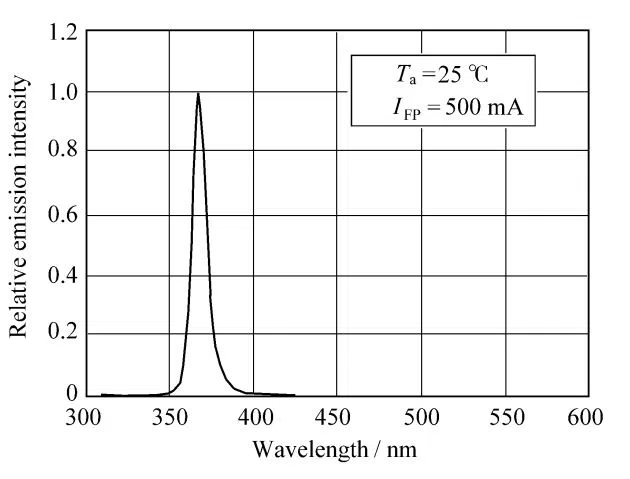 As a semiconductor light source, UV-LED is different from the traditional mercury arc

Compared with UV light sources such as lamps and microwave induction lamps, they have the advantages of small size, light weight, and low operating cost. At the same time, they have low voltage, low heat generation, long life, high efficiency, and good safety. Especially UV-LED does not use mercury, no mercury pollution, and no ozone generation, so it is an energy-saving and environmentally friendly UV light source.

(3) Instant light: UV-LED response time is microseconds level. No warm-up time is required, the number of opening and closing does not affect the service life, and no shutter is required. After the mercury arc lamp is turned on, it takes 3 to 5 minutes to achieve a complete spectrum output; after turning off the lamp, it cannot be started immediately, and it can only be restarted after 5-10 minutes of cooling; and the number of times of opening and closing affects the service life.

(4) Low voltage, adjustable output power. UV-LED is solid-state light-emitting, DC low-voltage drive, easier to control than mercury gas light-emitting, luminous intensity, uniformity, and stability are better than mercury lamps. UV LED output power and drive The relationship of the current is stable, and the UV output power can be accurately adjusted by changing the current, and the adjustment accuracy can reach ≤1%. The mercury arc lamp requires high voltage and a rectifier, and cannot adjust the output.

(5) No mercury pollution, no ozone: mercury is used in the production of mercury arc lamps, and it needs to be recycled after the lamp fails, which is prone to mercury pollution. Beginning in 2013, a mercury ban treaty reached a consensus in more than 140 countries and regions around the world, and the United Nations Environment Program signed the "Minamata Convention" under the auspices of the United Nations Environment Programme to limit the use and discharge of mercury in various industries. The purpose is Minimize the threat of mercury to the human body and the global environment.

UV-LED was first used in the curing of UV adhesives. Because the UV-LED point light source curing machine is small, exquisite, excellent in performance, and convenient to use, it is used in the medical and health industry, optoelectronics, microelectronics and information industries, as well as optical instruments, glass products, handicrafts, and jewelry.