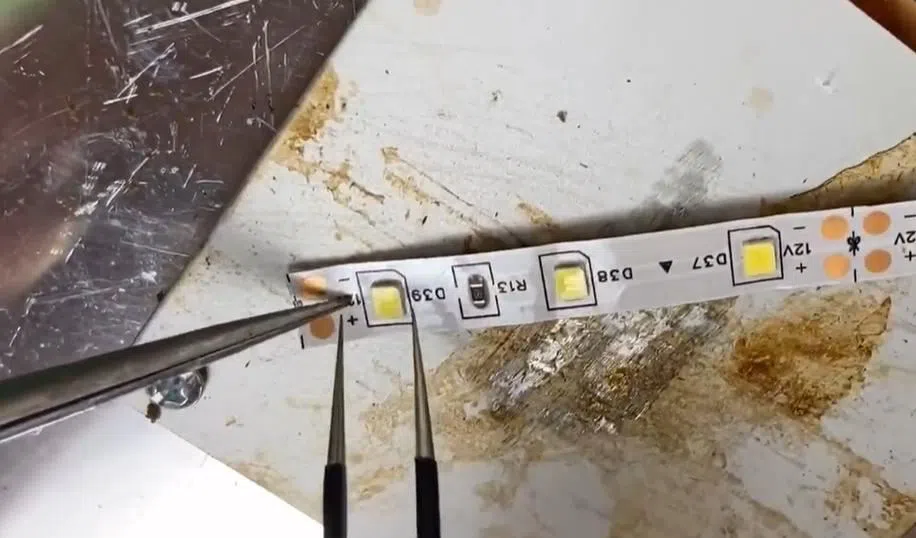 What is the method of LED welding for different PCB board

What is the method of LED welding for different PCB board？

There are many welding methods for SMD LED chip. In the absence of a hot air gun, different welding methods can be used according to the structure of the LED chip and the substrate used. SMD LED lamp bead pins are semi-plastic, that is, a small part of the pins are exposed on both sides of the lamp bead, such as commonly used 5730, 7020, 4014, etc.; there are also fully plastic packages, that is, the positive and negative electrodes of the lamp bead are all on the chip The bottom, such as 3030 and so on. It is also easier to weld semi-plastic lamp beads such as 7020. Also, before soldering, hot tin on the soldering pad (don’t hot tin on the pins of the lamp beads), and use tweezers to put the positive and negative poles of the lamp beads on both sides. On the pad, use your fingers or a small screwdriver to press the lamp beads, and finally use an electric soldering iron to quickly heat the exposed electrodes, and at the same time, the fingers should be pressed down with appropriate force (when heating, the soldering iron should not be moved back and forth, and the pressure of the fingers should not be Too large, otherwise it will damage the lamp beads). 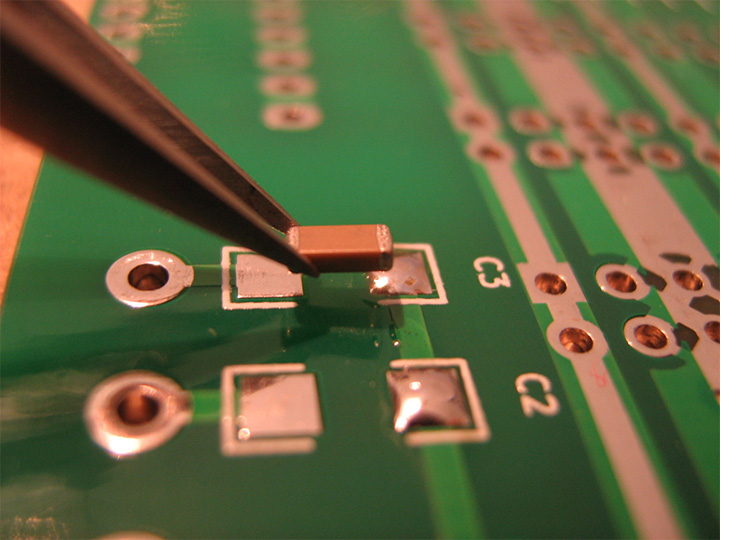 (such as 3030), if the light bar substrate is an ordinary circuit board, first use a blade to scrape the paint around the lamp bead pad to expose the copper wire, and then burn a little tin on the pad. Solder the electrode with the large pad, then put the electric soldering iron on the newly scraped copper wire to heat (not on the pad), after the tin on the pad is melted, use tweezers to put the corresponding electrode of the lamp bead on the solder Just apply a little pressure on the disk, and finally solder the small electrode on the pad. The electrode with a large pad must be soldered first because the heating time is long. If the electrode is soldered later, the lamp bead is likely to be overheated and damaged.

◾ If the light bar substrate is an aluminum substrate

The above method cannot be used, because the circuits using the aluminum substrate are designed to be very thin. When welding the lamp beads of this kind of light bar, heat conduction can be used to weld the lamp beads. The aluminum plate on the back of the positive and negative pads of the lamp bead is heated at the same time. After the tin on the pad is melted, the lamp bead is placed on the pad. Slightly pressurize. The heater can be purchased from Taobao, or it can be replaced by a high-power soldering iron (not less than 100W).

• Electric soldering iron welding is the most common.

Such as sample preparation and maintenance. In order to save costs, most of the existing electric soldering irons purchased are mostly unqualified and slightly quality products, and most of them are poorly grounded, leaking, and the welding process This is equivalent to forming a loop between the leaking soldering iron tip-the soldered LED-the human body-the earth, which means that it is equal to dozens-hundreds of times the voltage that the lamp bead bears when it is applied to the LED lamp bead. Burn it out. Note: The situation of connecting the electrostatic belt will be more serious, because when the human body is connected to the electrostatic belt, the resistance of the circuit to the ground will be smaller, and the current through the human body to the lamp beads will be greater. This is also what many people say there is static electricity. The belt still has so many lamp beads damaged.

• Dead lights caused by welding on the heating platform

Due to the continuous sample list of lamps, most companies in order to meet the needs of small batches and sample lists. Due to the advantages of low equipment cost, simple structure and operation, the heating platform has become the best production tool However, due to the use environment (such as the problem of instability in the temperature where there is a fan), the welding operator’s proficiency and the control of the welding speed have become a major problem of dead lights, and there is also heating Equipment grounding of the platform.

Generally, this soldering method is the most reliable production method, suitable for mass production and processing. If the operation is improper, it will cause more serious consequences of dead lights, such as unreasonable temperature adjustment and poor machine grounding.