Recently, a study was published in the American Journal of Infection Control in the InternationalJournal. In a research report, scientists from Hiroshima University and other institutions discovered through research that the use of ultraviolet light with a wavelength of 222 nm (UVC, within the safe range for human use) or Can effectively kill the SARS-CoV-2 virus. 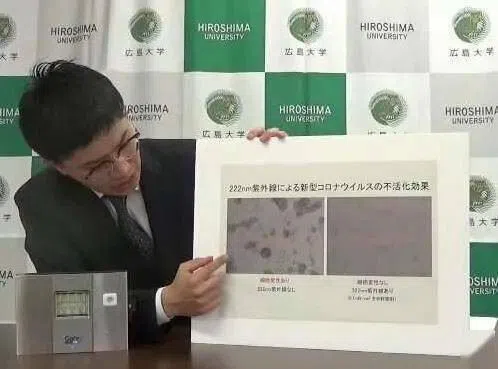 So far, other studies involving 222 nm UVC (Far-UVC) have only confirmed the potential of this wavelength of ultraviolet light in eliminating seasonal coronaviruses. Of course, these coronaviruses are structurally similar to SARS-CoV-2, but It does not cause COVID-19, and one nanometer is equivalent to one billionth of a meter. In an in vitro study, the researchers found that 222 nm UVC at a light intensity of 0.1 mW/cm2 for 30 seconds could kill 99.7% of SARS-CoV-2. 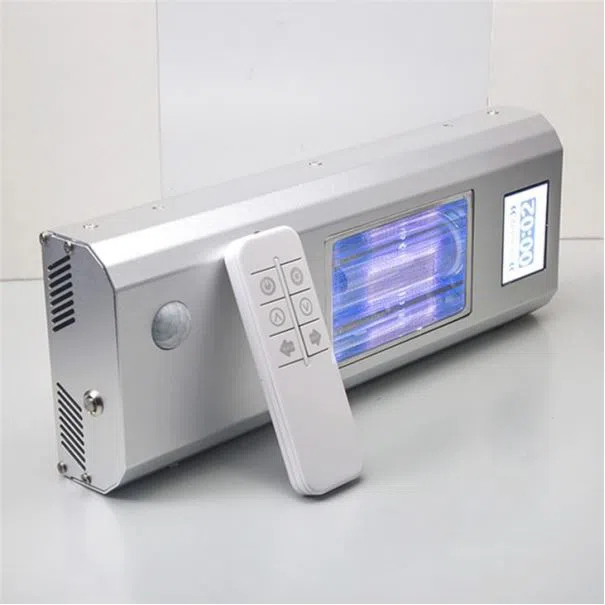 In the article, the researchers used the 222TM Krypton Chloride Excimer Lamp produced by Ushio Company for research. First, they spread 100 microliters of virus-containing solution onto a 9 cm sterile polystyrene plate, and then placed it at room temperature. Dry it in a biological safety cabinet, and then place it 24 cm away from the Far-UVC UV lamp for irradiation. The researchers said that ultraviolet light with a wavelength of 222 nm cannot penetrate the outer layer of human eyes and skin, so it does not cause damage to living cells of the body, which makes it a safe, effective, and alternative to destructive The 254 nm UV lamp is a good alternative, and thus more used for disinfection in some health care facilities.

Similarly, Columbia University in the United States has also carried out related research. Preliminary results show that far UVC with a wavelength of 222nm cannot penetrate the skin surface or eyes, is safe for the human body, and can kill viruses.

However, there has been a lot of controversy in the industry regarding the sterilization effect and safety of 222 nm UVC light. Recently, Oxtail and Kobe University announced the research process and results of human testing.

According to reports, Oxtail and a research team from the Department of Plastic Surgery of Kobe University have completed a study showing that irradiating filtered 222nm UVC light on human skin can reduce the number of bacteria on human skin without causing skin damage.

This research used Oxtail’s Care222® UV-C disinfection equipment with a wavelength of 222m, radiation energy of 500 mJ/cm2, and an optical filter. This short-band pass filter is based on Columbia University's research and technology and has been patented to filter radiation with wavelengths above 230nm.

It is reported that the researchers used Care222 equipment to irradiate the backs of 20 healthy volunteers aged 20-80. After 24 hours, all volunteers showed no signs of erythema.

Subsequently, in order to measure the number of flora on the skin, the researcher used a cotton swab to scrape the flora on the skin of the volunteers' back, and then used the Care222 disinfection device for irradiation again. Bacterial count is divided into three stages: before irradiation, 5 minutes after irradiation, and 30 minutes after irradiation. The final results showed that after the Care222 disinfection equipment was irradiated, the number of bacteria was significantly reduced by nearly 90%.

It is worth noting that after three months of irradiation, the researchers found that the volunteers' skin test areas did not show any signs of erythema, and no adverse reactions were found.

Based on these test results, the researchers believe that UVC with a wavelength of 222nm is safe and has bactericidal effects on human skin.At present, this research has been published in the journal "PLOS ONE".