The ultraviolet ligh are divided into four catergories from 10 nanometers to 400 nanometers. Depending on the wavelength and time of exposure, ultraviolet radiation may cause damage to human skin and eyes.

The ultraviolet spectrum is divided into four parts:

The decrease in wavelength corresponds to higher frequency radiation and higher energy per photon.

Although UVB radiation is widely known for its harmful effects on human skin and its relationship with skin cancer, each UV band (UVA, UVB and UVC) poses different risks to humans. 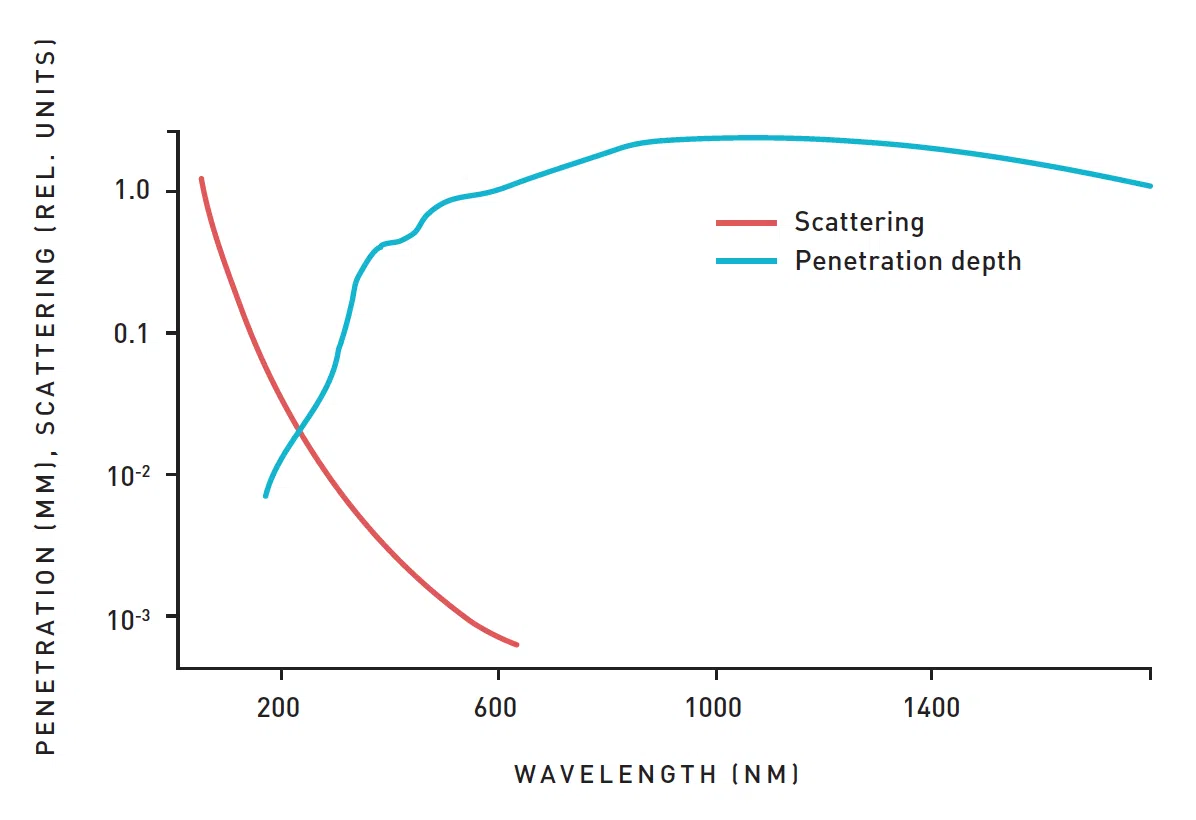 In rare cases, prolonged direct exposure to UVC light can show temporary eye and skin damage, such as corneal damage (sometimes called "solder eye"), although it can usually be cured within a few days. Therefore, UVC LED safety recommendations include protecting the skin (especially open wounds), and most importantly protecting the eyes from UVC radiation.

The EU health agency's safety guidelines on the use of UVC sources can be found here. In particular, the study reached the following conclusions:

"In any case, the chromophore in the upper epidermis will greatly weaken UVC (Young, 1997), and UVC-induced DNA damage in the split basal layer of the human epidermis is difficult to detect (Campbell et al., 1993; Chadwick Et al., 1995)) can explain why the dose-response curve of UVC erythema in human skin is much steeper than that of UVB (Diffey and Farr, 1991). Artificially sourced UVC is unlikely to cause acute or long-term harm to human skin. However, UVC may Can cause acute photokeratitis... Exposure to UVC is unlikely to cause acute or long-term damage to the skin, but it may cause severe acute damage to the eyes, so any tanning equipment is absolutely not allowed."

The effect of UVC on the skin

Acute (short-term) effects include skin redness or ulcers. At high exposure levels, these burns can be severe. For chronic (long-term) exposure, there is also a cumulative risk, which depends on the amount of exposure in your lifetime. The long-term risks of large cumulative exposures include premature skin aging and skin cancer.

The effects of acute exposure to ultraviolet radiation are usually not serious, and many symptoms are delayed. If exposed to ultraviolet light, the following measures are recommended:

If you suspect eye damage, please see an ophthalmologist.

Follow the organization's EHS incident reporting procedures. These usually require recording the date and time of the event, the persons involved, the equipment involved and the type of injury.