Application of 222nm UVC for Disinfection

At present, the extreme ultraviolet represented by 222 nm can kill viruses and bacteria such as SAS-CoV-2, H1N1, alpha HCoV-229E and beta HCoV-OC43 in experiments. Another experiment used 222 nm far ultraviolet (with band-pass filter), which reached 20 times the current safety dose standard, to perform acute and chronic radiation on rodents, human skin and rodent eyes, and no damage was found. In comparison, 253.7nm ultraviolet light caused the damage. The far-ultraviolet radiation represented by 222nm can effectively kill, and will not cause harm to human skin and eyes in a large dose range.

According to the latest data from the official website of the World Health Organization, as of 17:44 on the 22nd Central European Time, there were a total of 178,503,429 confirmed cases of new crowns worldwide, and a total of 3,872,457 deaths. While the epidemic is raging, ultraviolet rays with a wavelength of 200 to 230nm, also known as Far-UVC, have attracted widespread attention from the international community. Everyone is attracted by its characteristics that it can eliminate the new coronavirus without harming human skin or eyes. 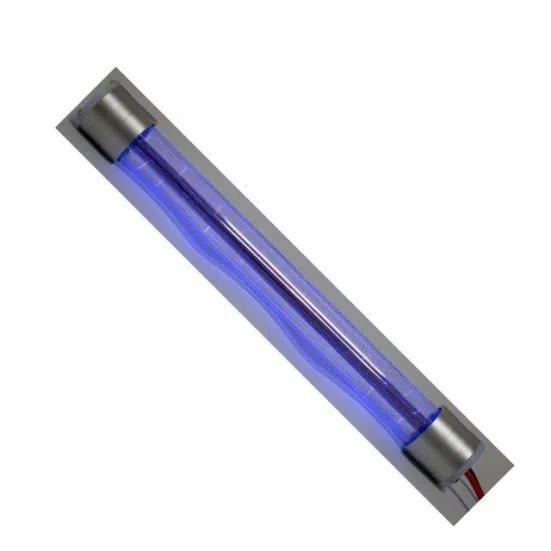 Far ultraviolet is in sharp contrast with the 253.7nm traditional germicidal ultraviolet rays that are widely used in the market. Although the latter can effectively disinfect and sterilize, the disadvantage is that it will harm human skin and eyes. The stratum corneum on the surface of human skin and the outermost tear layer of the eyes can absorb far ultraviolet radiation, making it impossible to enter the human body and avoiding damage to living cells. In contrast, tiny bacteria and viruses have no resistance mechanism to extreme ultraviolet. As early as 1967, Jagger discovered that the DNA/RNA of the virus would be destroyed and inactivated when exposed to radiation. At present, safety experiments on skin and eyes have been carried out on mouse tissues, human skin models, and even human bodies. The results of each experiment have proved the safety of 222 nm far ultraviolet for humans.

However, scientists believe that the wide application of 222nm far-ultraviolet requires further research, and some issues have also been raised: Use far beyond the current safety limit

(Threshold limit) radiation was found to be harmless, so is the current safety limit standard too conservative? Is 222nm far ultraviolet still so safe under long-term exposure? Krypton chloride excimer lamp can produce a large amount of 222nm Far ultraviolet, but it can also produce a small amount of other ultraviolet bands. Can it be directly applied without filtering?

Although it is still in the preliminary application stage, we can foresee that far ultraviolet will be a very promising technology, especially during the current period of major infections when the new coronavirus is still spreading and restricting human economic activities. At this stage, the responsibility of scientists is to determine the methods and dosages of safe application as soon as possible. The task of experts is to formulate standards and regulations for safe application as soon as possible. The task and responsibility of enterprises are to apply legally and compliantly to avoid misuse or abuse. 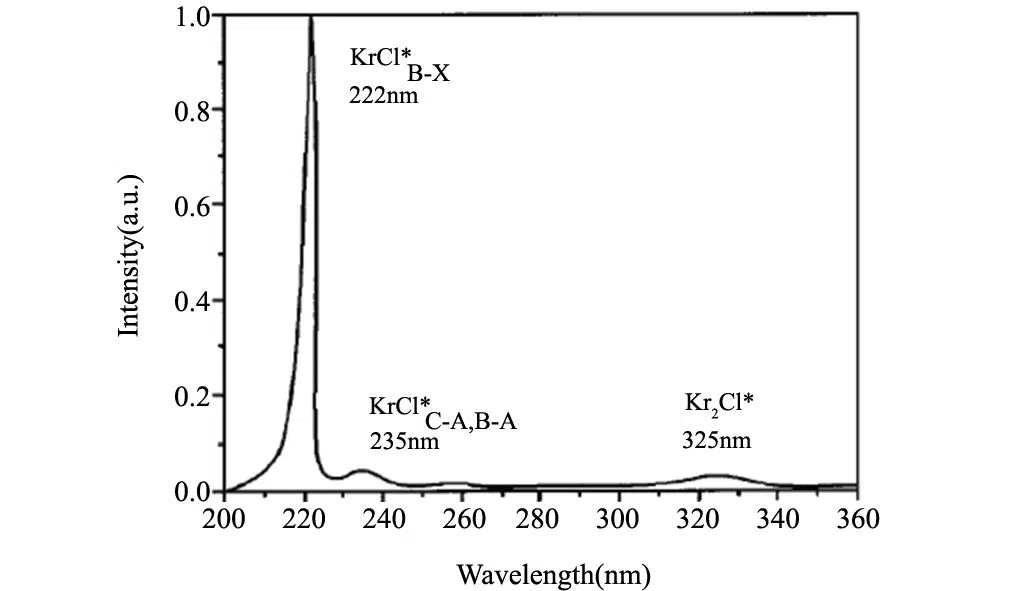 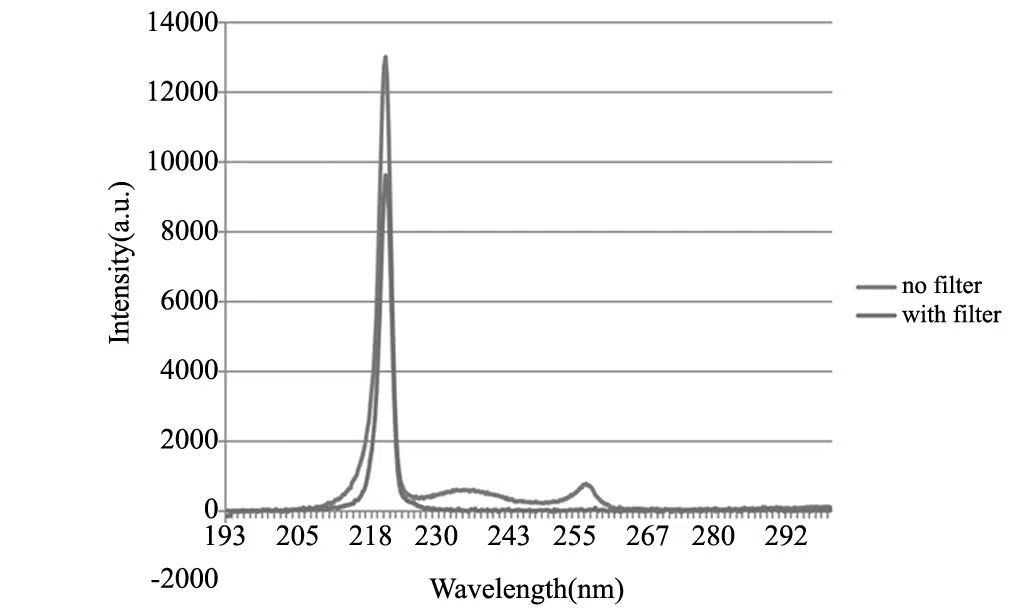 Fig.2: KrCl excimer lamp spectrum with and without band-pass filter

Studies have shown that the 222 nm far ultraviolet radiation produced by the filtered KrCl excimer lamp is effective against a variety of pathogens, including: two coronaviruses alpha HCoV-229E and beta HCoV-OC43, H1N1, SARS-CoV-2 and adenovirus Etc.; Bacteria, such as Staphylococcus aureus, Escherichia coli and Bacillus subtilis.

Ultraviolet rays can kill, but the dosage must be mentioned, the dosage is too high and disturbing

If it is too low, it will be invalid. There are two key parameters for UV antivirus: wavelength and radiation dose. The anti-virus effect varies with the wavelength, and the target disease. The effect of the original body is independent, and the antivirus efficiency curve reflects this difference.

For a given microorganism, its degree of inactivation (measured by logarithmic attenuation) is determined by its wavelength and its radiation dose. Although far ultraviolet inactivation data is relatively small, it does exist, and for some microorganisms, KrCl excimer lamps (222 nm) are more efficient than low-pressure mercury lamps (253.7 nm).

The safety of far UVC: Safety and dosage are related, and it doesn't make sense to talk about safety aside from dosage. The International Commission for Non-Ionizing Radiation Protection, the American Society of Governmental Industrial Hygienists, the European Commission, the American National Standards Institute/Lighting Engineering Society, and the International Electrotechnical Commission have all given the same maximum daily UVC exposure limits. The daily exposure safety threshold for 222nm UVC is approximately 24mJ/cm². 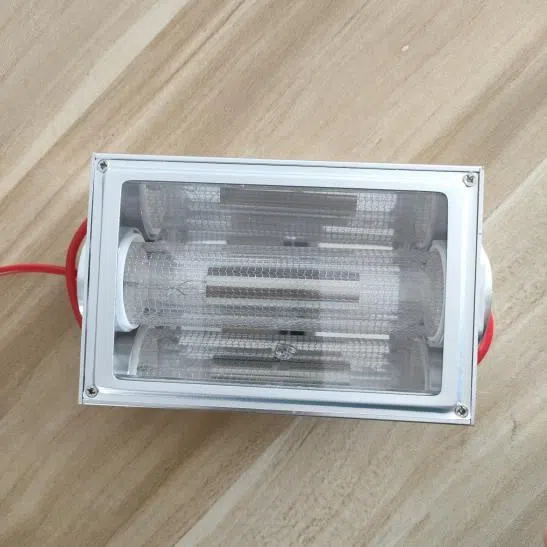