What is linear lighting?

LED linear lighting is a long and narrow light strip that is encapsulated with many "light-emitting diodes" . Generally, these lights are long and can be suspended from the ceiling or the surface of wall, or they can be recessed into the wall or ceiling.

Before the concept of LED linear lighting appeared, lighting commercial space (such as offices, warehouses and retail stores) for a long time was very difficult. Such spaces are illuminated by large industrial incandescent light bulbs. Linear lighting began in the 1950s, when it was mainly used for fluorescent tubes in industrial space. By the 1970s, the technology had been used in homes, garages and workshops, and retail spaces. Then the lower cost and better apperance became an new demand.

It was not until the early 2000s that the appearance of the commercial LED linear was improved. Now, the demand of LED linear lighting is increasingly growing. The difference now is that linear building lighting and LED technology expand the application range of commercial LED linear lighting. With the improvement of aesthetics and performance, the industry continues to develop, it no longer uses the old traditional shell, but uses materials in a better way and combines more advanced technology. 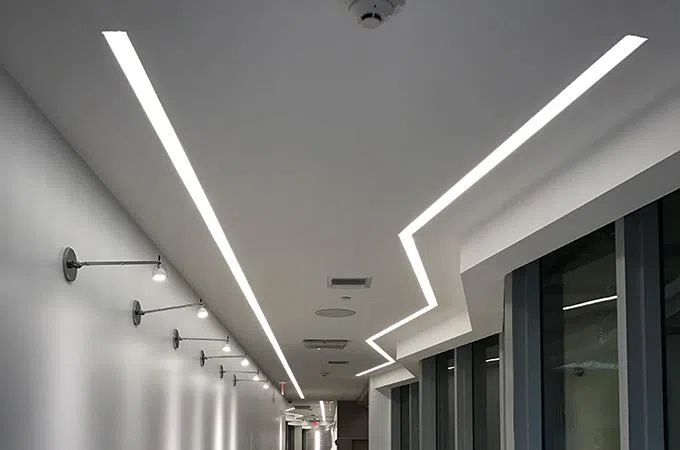 Aesthetics: If appearance is important to you, then LED Linear will provide powerful products. It provides tremendous versatility for creating unique and eye-catching designs. Customized angles, curves, and customized RAL color powder coating are just a few options that make LED Linear an easy choice.

Directional light: LEDs are directional, reducing the need for reflectors and diffusers that can capture light.

Color temperature: LED linear lights provide a wide range of color temperatures, which affect the way the eyes interpret light. From cold white to warm white, different temperatures can be used to create mood and atmosphere in the space. It is recommended to use neutral white (or 4000 Kelvin for its technical name) for offices and retail areas to provide the most comfortable environment.

Cost-effective: The obvious advantage, LED Linear operates very efficiently due to its low energy consumption and inherent service life; the service life of LEDs is usually many times longer than that of fluorescent tubes. 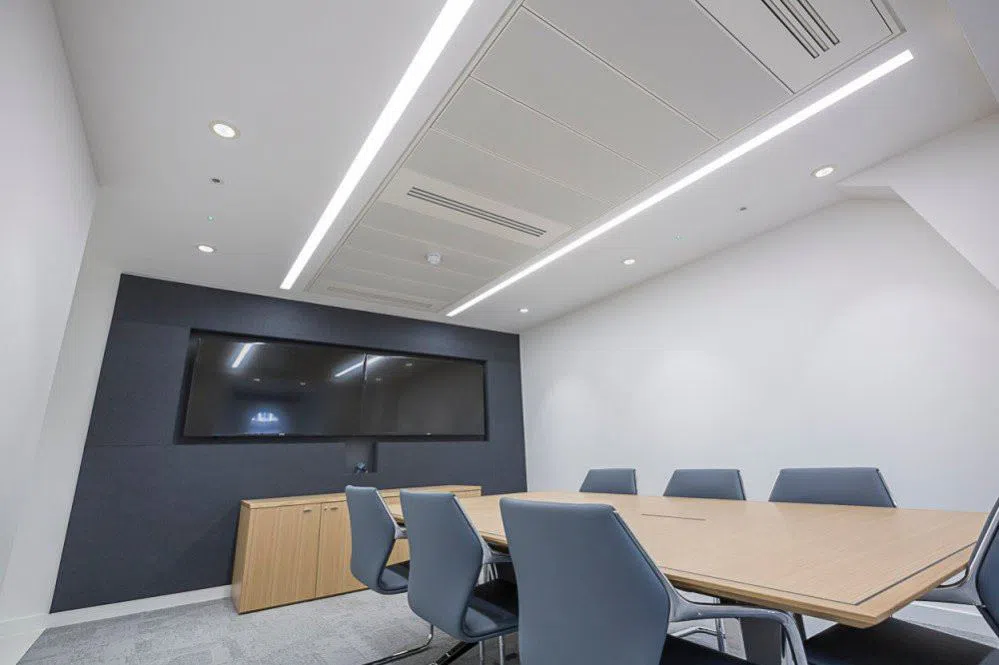 The three main types of LED Linear are pendant, surface mounted or recessed.

LED linear chandelier lighting is suspended from the ceiling by a hanging wire, which is most suitable for rooms with high ceilings. These are also ideal for creating stunning accent lighting-consider hanging them above the reception desk, stairs or atrium.

The surface-mounted LED linear light is installed on the surface, which is suitable for the situation where the ceiling height is too low.

Linear recessed LEDs are recessed into a surface, whether it is a ceiling, a wall, or the like. This provides a clean, uninterrupted line.