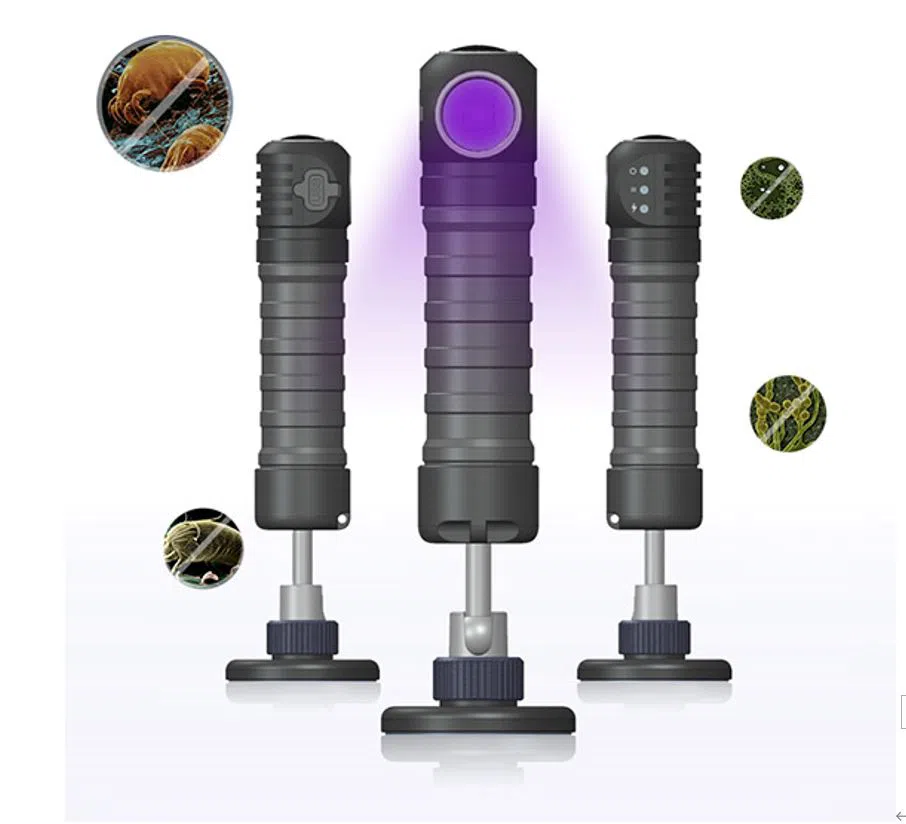 1. How to improve sterilization efficiency

The selection of the ultraviolet sterilization band has a direct impact on the sterilization efficiency. Ultraviolet rays with a wavelength of 254nm are the most destructive to the molecular structure of DNA and RNA in biological cells. Therefore, the sterilization effect is better in theory, but the industry still has technical difficulties in the UVC LED field. , UVC LED production in the 254nm band is still difficult to break through, because the shorter the band, the greater the difficulty, the lower the yield, and the higher the cost. Many chip makers have turned to UVC LEDs in the 265nm band to increase the efficiency of sterilization by increasing the power. Some UVC LED germicidal lamp manufacturers even choose the 270~280nm band. A single chip also went from the initial 1mW to 10mW, and then to 50mW, 100mW, and experienced the growth process from low power to medium power and then to high power.

In addition to relying on the luminous efficiency of the chip to increase the power of a single UVC LED, the size of the chip is also required. However, the larger the chip size, the more fragile it is. The higher the power UVC LED chip, the more difficult it is to cut, the lower the yield, and the more expensive it is. Therefore, the industry generally adopts multiple low-power chips to achieve high-power integration.

Increasing light transmittance is also an important means to improve sterilization efficiency. On the premise of ensuring reliability, UVC LED manufacturers use packaging materials with higher light transmittance as much as possible. At the stage of sterilization module design, the main consideration is to optimize the reflection of ultraviolet light inside the module to reduce optical power loss.

The low efficiency of UV LED electro-optical conversion is the technical bottleneck of the industry. It is still difficult to overcome at this stage. The heat dissipation problem of UVC LED is handed over to downstream packages and modules.

The UVC LDE packaging materials in the industry mainly use aluminum nitride substrates and ceramic substrates with excellent thermal conductivity. With the breakthrough of packaging technology, the life and reliability of single UVC LED packaging devices are no longer a problem. But at the same time, the emergence of multi-chip integrated high-power UVC LEDs has brought new challenges to the heat dissipation of light-emitting components: the more integrated chips, the worse the heat dissipation, and some even need to install a small fan for physical cooling.

From a technical and functional point of view, the price of a 100mW UVC LED chip has fallen to 100 yuan is the current limit, the cost has increased too much, consumers are unwilling to pay, and terminal germicidal lamp manufacturers cannot accept it. If a cheap low-power chip is used, the sterilization effect is not satisfactory.

The high-power UVC LED that impresses terminal UV germicidal lamp manufacturers the most, but the expensive price makes them prohibitive. Low price and high efficiency have always been the common pursuit of terminal manufacturers, which forces upstream, especially the chip side, to continuously improve technology, improve yield, and expand production capacity to reduce costs.