Recognize the blue light in the spectrum of LED light sources

The human eye's visible light has a wavelength range of 380-780nm. The light in the natural environment is not only light in this band, but light in other bands has lower energy than visible light, and the wavelength of blue light is roughly in the range of 430-500nm.

In terms of photon energy, the photon energy of a blue light in this wavelength band is about 2.6eV, which is not felt by human skin, but there is a kind of visual cell on the retina of the eye, called rod cell, which can recognize the result of a photon. Light stimulation response, so some visually sensitive people can feel the "brightness" of this photon. Of course, this response is only physiological. Rod cells have 110-130 million distributions on the retina of the human eye, so night vision can feel very faint light, but this kind of cell cannot recognize the color of an object.

There is also a kind of visual cell called cone cell, the number reaches 6 to 7 million. It is the existence of so many photoreceptor cells, and cone cells can distinguish colors, so that we can see this colorful world. Various kinds of cognition and understanding.

Color is the long-term cognition formed by the human brain to recognize external substances, so photons of different energies are received by the retina of the eye and delivered to the brain for information definition, classification and recognition. Blue is a color in terms of chromaticity, but blue with different saturation and brightness occupies different positions on the color palette, so naturally the light colors in this band are not all pure blue, just for better The information that conveys light defines the band of color light.

Since blue light is a band, it must contain blue photons of different photon energies. In order to be intuitive, show a spectrum of visible light, as shown in the figure below. 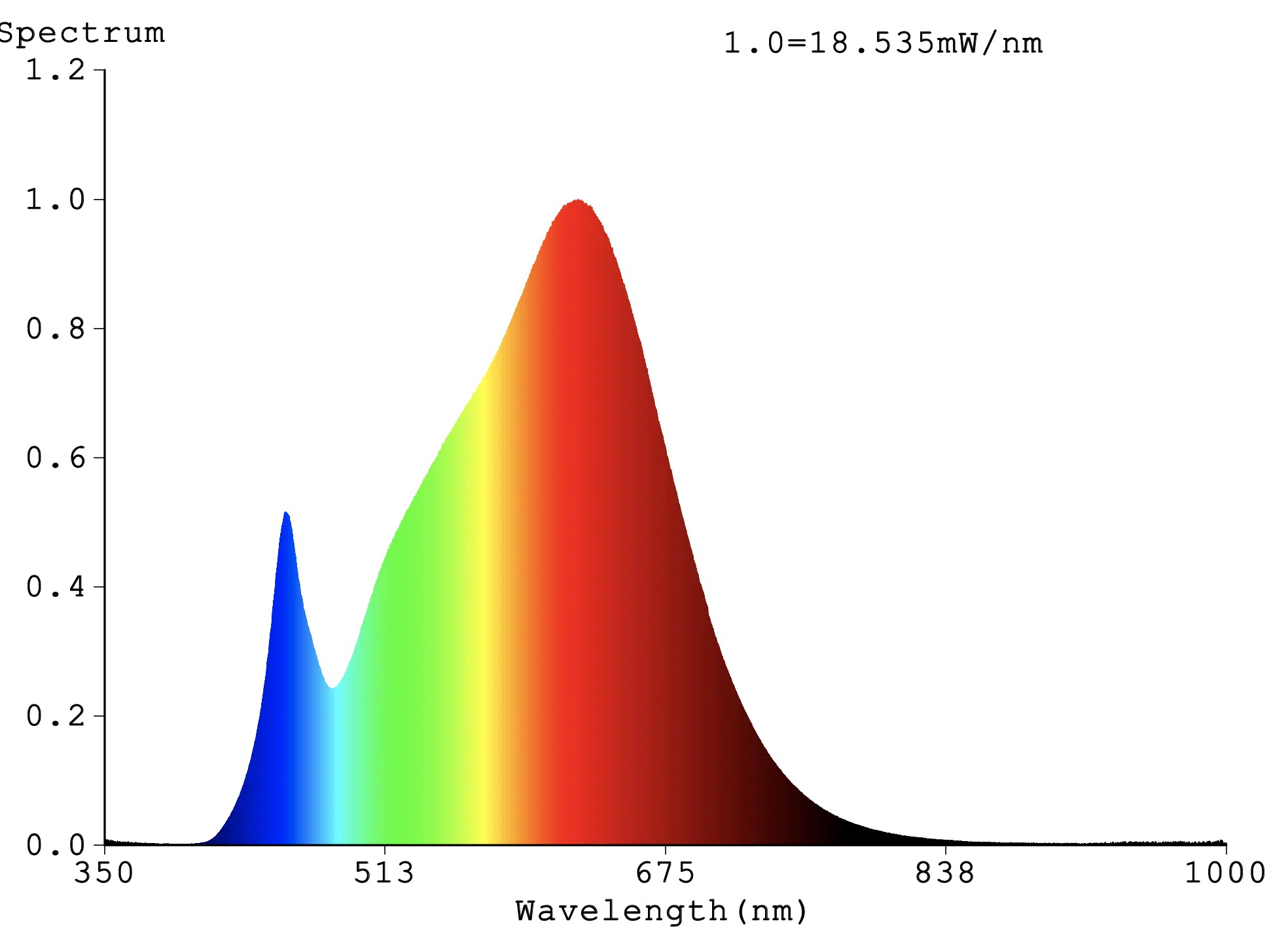 It can be seen from Figure 1 that the proportion of visible wavelengths in the blue band is relatively small, but the proportion of energy is more important. The amount of energy, in other words, the number of photons, will directly affect visual observation and resolution. The three primary colors of light: blue, green and red, which can be mixed, so general LEDs can be made into lighting effects with different color temperatures. The higher the proportion of blue light energy, the higher the color temperature, the whiter the light emitted, and even the blue in the white.

Generally, the LED lamp beads produced on the market will use blue-excited LED chips due to the consideration of energy utilization, resulting in a distinct peak in the blue-light region of the spectrum in the figure.

The influence of blue light on human physiology and rhythm

Human evolution is inseparable from the nourishment of light. It is found from the spectrum of sunlight that there are many components in the spectrum, ranging from ultraviolet to infrared. Of course, the energy of the spectrum at both ends is very low, and the energy of visible light is the strongest. Figure 2 shows the solar spectrum measured at noon on a sunny day, which clearly shows the content of visible light. It is the cultivation of hundreds of millions of years of sunlight that has enabled the continuation of life of all living things on the earth today, and formed the light-sensitive function of the present sentient beings, and through this, they can understand and explore the world.

There are four seasons in the sun, and the moon is cloudy and sunny, which affects one's daily rhythm, the one-month cycle, and the year's Universiade. Before the advent of lighting, the pace of life was in line with nature, but now, lighting occupies an irreplaceable position in the streets and alleys, changing people's circadian rhythms.

LED lamps and displays contain blue and violet light components. After being lit, the human eye receives the stimulation of the blue component and feeds back to the brain through the autonomous photosensitive ganglion cells of the eye. At this time, the brain becomes active again and dominates human consciousness and behavior. , It will suppress the melatonin that should be produced during the night rest.

Melatonin is a hormone that regulates the normal metabolism of the human body. Simply put, it is a hormone that has a repair function. Of course, it is not this kind of hormone that regulates, but the level of this kind of hormone controls the regulation of many, many hormones. It's very complicated with reaction. Consumption of energy during the day will inevitably cause some metabolites to accumulate and need to be cleaned up at night. The next day, people will have a positive state to face the new world. If melatonin is inhibited by light and the established procedures are not completed, of course there will be failures. Consistent results.

Everything has two sides. Since the blue light component will prevent people from falling asleep, the clarity is not completely bad at all. But in fact, light does not make people awake. It is because of hormone regulation. When some hormones are inhibited, the level of hormones regulated on the contrary will naturally increase. Therefore, you can only wake up a little without sleeping. 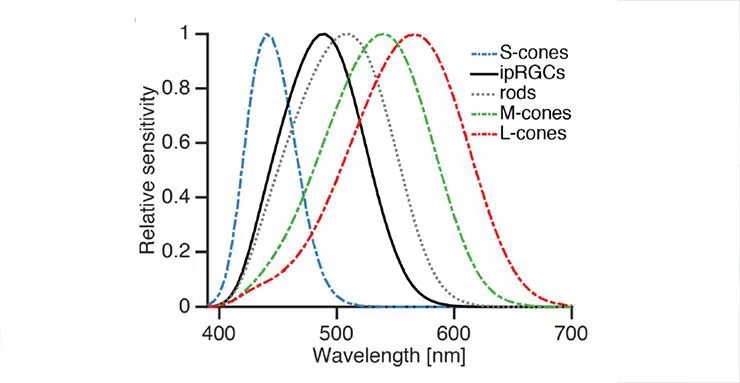 The hormone opposite to melatonin is cortisol. If the level of cortisol increases, the human brain will be excited, quick thinking, and positive. If you work overtime properly at night, then the color temperature will be slightly whiter, but it will improve work efficiency, so blue light is not all harm.

The assistance of light has made this glorious era and created unprecedented changes. Lighting has a profound impact on people's civilized society, improved people's quality of life, improved people's work efficiency, and even companionship at all times. The black technology of semiconductor lighting has brought light, and people are also hesitant about its negative effects. Scholars are constantly studying the impact of LED lighting on vision and physiology, and some industrialists advocate how to avoid blue light damage. Everyone is seeking advantages and avoiding disadvantages. , In order to make better use of the benefits brought by these high-tech technologies. 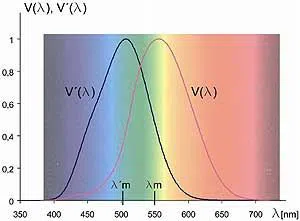 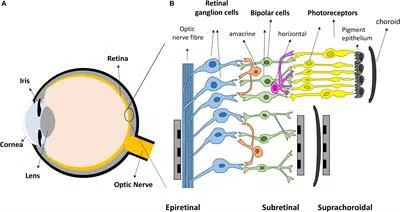 There are clear data showing that light has an impact on human physiology. This is nonsense. Human beings rely on light to evolve, so how could there be no impact. So what exactly does light have an adverse effect on people, what is the measurement, and what is the limit?

From the current literature, the sensitivity of the human eye to the spectrum is different, as shown in Figure 4.a is the comparison of the spectral sensitivity function in the photopic environment and the scotopic environment. In essence, the contrast between the two is the rod. The light-sensitive contrast of cells and cones, because the main visual cells of photopic vision are cone cells, and the cells of scotopic vision are rod cells. This means that different cells have different responses to different wavelengths of light. On the retina, there are multiple layers of cells arranged in front and back as shown in Figure 4.b. The function of these cell structures is to absorb and transform the projected photons into human body. It transmits recognizable electrical signals and feeds it back to the brain, which is processed by the brain for cognition.

Therefore, photons of different wavelengths act on different cells, and the physiological stimuli to the cells are different. Actual animal experiments have proved that excessive exposure of violet light to blue light can cause diseases to the eyes and destroy the stable level of normal metabolism of the eyes, but it is not that these lights are not seen. Excessive light will inevitably affect eye cells and accelerate the aging of eye cells.

How to protect, reasonable suggestions

Reasonable use of lighting is relatively healthy. The human eye has its own metabolic capacity. Short-term damage is not terrible, but long-term damage is terrible. Do not look directly at strong light or low light for a long time. This time varies from person to person. , Subjective feeling is that when the eyes feel uncomfortable, they should choose to change the environment.

If you have to look directly at the screen, reduce the contrast between the brightness of the environment and the brightness of the screen as much as possible. Some low-blue desk lamps for professional protection or the overall light environment of the room (color temperature/illuminance, etc.) are all well adjusted. There are also some anti-blue glasses (pay attention to the anti-blue band, if the band is wrong, it will not protect at all) is also good, but the anti-blue light cannot be passed, otherwise it will cause color shift, and the original color of the things you see will lose the original color, which will increase fatigue If the color difference is too large, long-term use will affect the cognitive judgment.