The first dimming mode is to adjust the LED lamp dimming by adjusting the LED drive current, because the brightness of the LED chip is proportional to the LED drive current. The second method of dimming is often referred to as analog dimming or linear dimming. The advantages of this kind of dimming method are as follows: When the driving current is linearly increased or decreased, the influence on the LED chip in the driving current overshoot is relatively reduced, and the control circuit has strong anti-jamming resistance.

Its disadvantage is the change of the size of the driving current, will have a certain impact on the color temperature of the LED chip. The third method of dimming is the Pulse Light modulation (PWM) method. This method is through a certain control to make the driving current is square wave shape, its pulse width is variable, through the adjustment of pulse width to change the LED lamp continuous lighting time, but also changed the output power, so as to achieve the goal of energy saving. Frequency is generally controlled in 200hz~10khz, due to the retention of human eye vision, will not feel the light source in the process of dimming flashing.

The advantage of this dimming method is that it can improve the heat dissipation of the LED, the disadvantage is that the driving current overshoot has a certain impact on the life of the LED chip. All three of the above dimming methods are classified according to the control of the output end of the LED drive current. 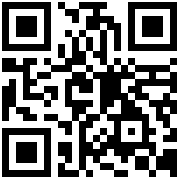