Can UV sterilized food be eaten?

Ultraviolet rays can kill bacteria and have a certain ability to cause cancer. So, can you eat food that has been treated with ultraviolet rays? When ultraviolet light is absorbed by bacteria or viruses, it will damage DNA, thereby making them lose their ability to multiply. As far as the sterilization result is concerned, it is the same as heating or chemical treatment. However, if the ultraviolet rays do not heat, it will not destroy the nutrients-because DNA is not the nutrient content of food, and the material molecules needed by the human body will not be destroyed. In addition, it will not destroy the natural flavor of the food. After all, chemical fungicides or preservatives introduce new substances, and sometimes they may also bring some "odors." The DNA molecules destroyed by ultraviolet rays will be decomposed when entering the human body, and no harmful substances will be produced. Therefore, although ultraviolet rays have the ability to cause cancer, foods treated with ultraviolet rays have no safety problems. 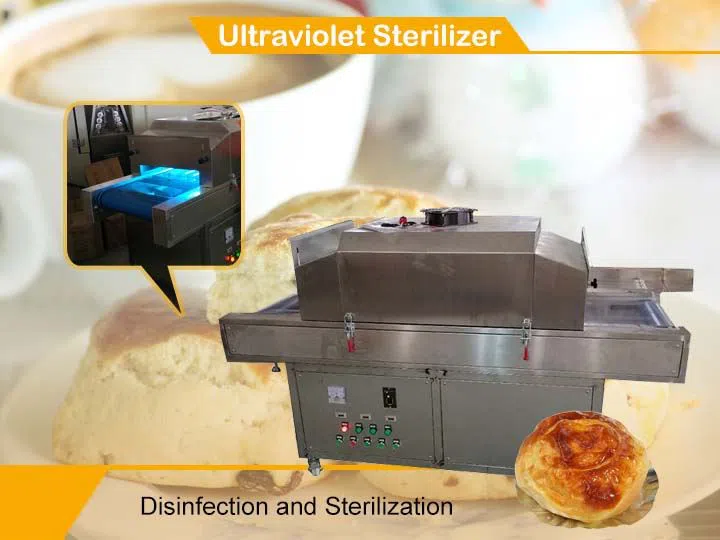 Any food processing method will "damage" the food to a certain extent. Compared with the most conventional heating, the damage of UV treatment is much smaller. For some foods that want to maintain a "natural state", such as fruit juice, it has a great advantage.

In general, the penetration ability of ultraviolet rays is relatively poor, and usually can penetrate two or three centimeters in thickness. It is still very challenging to make solid food evenly receive ultraviolet radiation in a thin layer. This congenital defect greatly limits its scope of application. At present, At present, uvc is mainly used for sterilization of juice and tableware in food. The flavor of juice is easily changed by heating, so "non-thermal processing" is very attractive in juice production. The name of the fungicide does not make consumers like it. Therefore, UV sterilization without changing the flavor and introducing "chemical ingredients" is very useful. If you need，Suntech LED can customize UVC lamp for you.